Leicester 16-38 Bath: Rivalry stripped of significance as visitors cruise to victory with their biggest ever league win in the East Midlands, as Tigers drop stars due to fixture congestion

Is this what all the fuss was about? Welford Road has waited months for its first rugby match and it was presented with a classic rivalry stripped of all significance.

If nothing else, this was a reminder that less is more. Rugby’s power brokers are intent on squeezing as many fixtures into the calendar as possible and the result is mismatches like this.

From the moment that Steve Borthwick named a reserve side on Friday afternoon, the result was an inevitability. Bath, to little surprise, left with their biggest ever league win in the East Midlands. 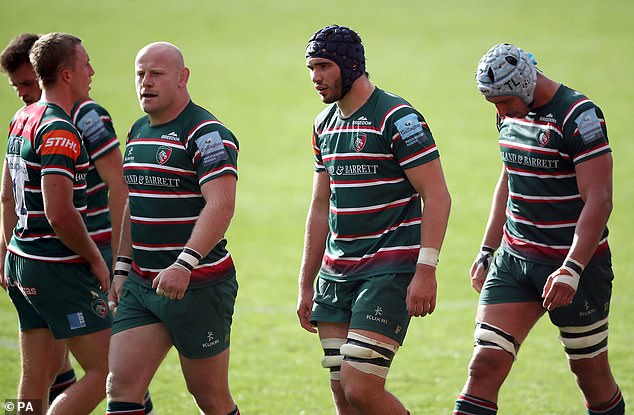 Many of the usual suspects were rested, with games coming up on Wednesday and Sunday

With upcoming fixtures on Wednesday and Sunday, Leicester rotated 13 players from their starting XV and the outcome was 80 minutes which, for large parts, resembled a training run for play-off-chasing Bath.

The usual cast of Ben Youngs, Ellis Genge, George Ford et al were missing for the Tigers, whose hopefuls started enthusiastically, with Johnny McPhillips kicking the hosts to an early 6-0 lead.

But that was as good as it got.

Bath, in contrast, named 10 internationals in their starting XV and their Test stars soon found their feet. Anthony Watson sizzled in attack, in front of Eddie Jones, and the visiting pack muscled up.

They used their maul as an attacking weapon and, with 18 minutes on the clock, rumbled through the phases for Will Stuart’s opening try.The scores kept coming. Leicester struggled to escape from their own half, with makeshift full-back Zack Henry lacking the escapism of his predecessor, Telusa Veainu. 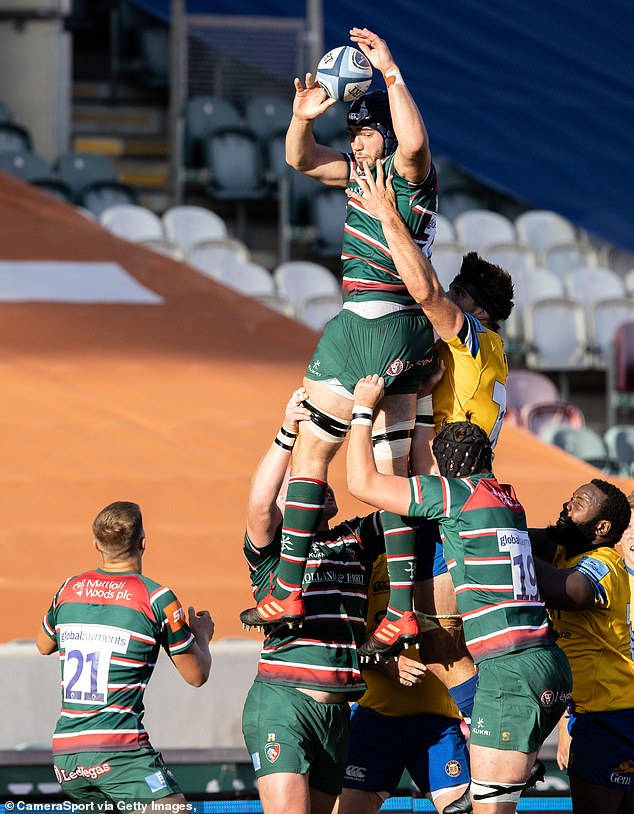 Tigers started brightly, but lost their early lead in what looked like a Bath training exercise

Deft hands were on show as Bath’s forwards linked up with the backs, neatly shifting the ball one way and another. Tom Dunn scored next from a driving lineout, before Ruaridh McConnochie and Lewis Boyce secured the bonus point before the break.

‘Some of the guys are very young and they learnt lessons from that,’ said Tigers director of rugby Geordan Murphy. ‘We thought the best way to go was to rotate. There’s always a danger that you capitulate and it could have been 60. We did some really good things. We’re not happy with the result but we’ll be better for it down the line.’

The walls at Welford Road remain plastered with faces caught in the club’s recent contract chaos. Images of the likes of Greg Bateman and Manu Tuilagi are still splashed across the Tigers store, serving as a reminder of the recent exodus. 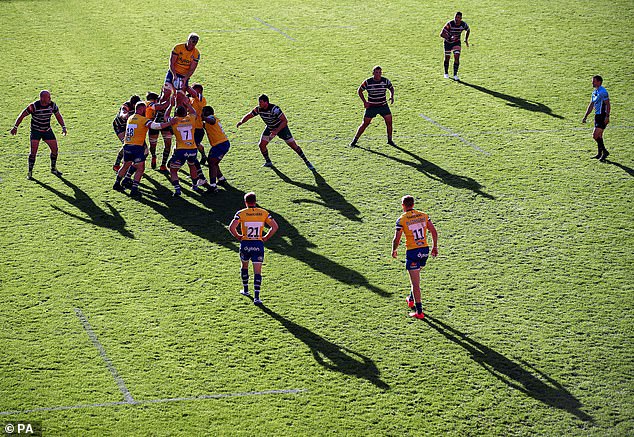 Bath added two more tries after the break, with the result threatening to turn into a rout

Borthwick’s arrival at Leicester is not a quick fix, and there were positives to take away as his players did not throw in the towel. Bath added two more tries after the break, with Beno Obano and Tom De Glanville threatening to turn the result into a rout.

But Leicester at least ended the afternoon on a high. Toby Faletau was sin binned and the hosts scored late tries through Charlie Clare and Luke Wallace.

By that point, however, most of the viewers at home had probably switched off their TV sets.

Related posts:
Previous Post: ‘Absolute disaster’: Ricky Ponting’s dire warning
Next Post: Anthony Martial opens up on change which has taken game to the next level