Ireland winning the Triple Crown ‘would be so special’, insists Hugo Keenan as full-back hopes a win over Scotland could propel to them to possible Six Nations glory as ‘you never know what might happen’ during France’s clash against England

Hugo Keenan targeted a Triple Crown against Scotland on Saturday and an outside chance of a Six Nations title after Ireland sealed a record Twickenham win.

Full-back Keenan was a standout performer as Andy Farrell’s side secured a bonus-point victory over 14-man England.

Keenan, James Lowe, Jack Conan and Finlay Bealham all crossed in a 32-15 win with Scotland next up in Dublin. 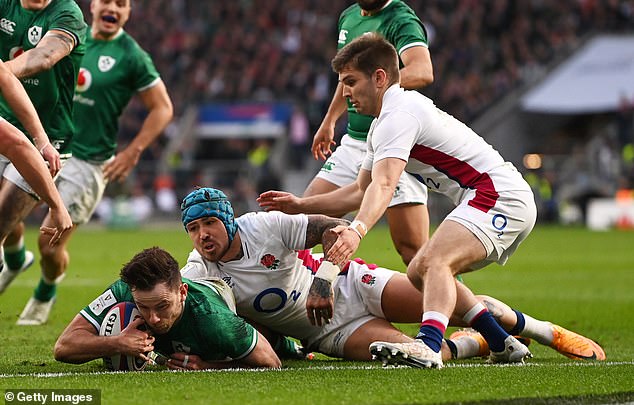 Ireland must win and hope England beat Grand Slam-chasing France in Paris to have a chance of claiming the Championship.

‘We’ve got a good opportunity to win a Triple Crown in front of our home fans and it’s exciting for the whole squad,’ said Keenan. ‘You never know what might happen off the back of that.

‘It (a Triple Crown) would be so special. I can’t remember the last time the lads lifted silverware in the Aviva, so it would be incredible. These are the days you want to be involved in.

‘All our focus is going to be on that Scotland game and learning our lessons from the England match.’ 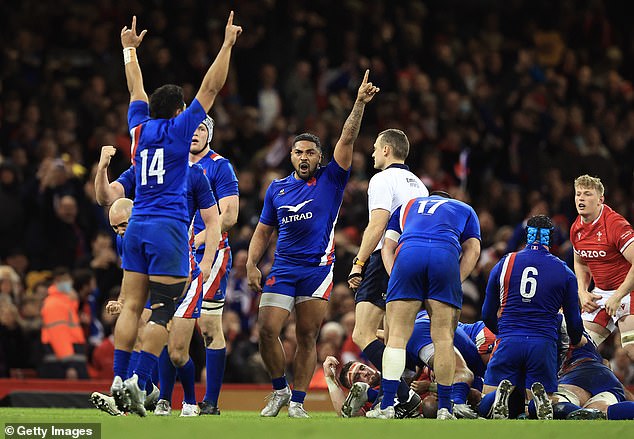 Ireland eventually got the better of England who lost Charlie Ewels to a red card after just 84 seconds, but they were second best for long periods and dismantled at the scrum.

‘We probably didn’t respect the 14 men of England enough, they made it difficult,’ Keenan said.

‘It just wasn’t clicking. It’s mixed emotions. We all know we didn’t really play well to our potential.’