‘If it’s only done for a few weeks it’s a very hollow gesture’: Harlequins winger Nathan Earle says he will continue to take a knee – as he calls for rugby to ‘get rid of this elite status’ and appeal to all

Taking a knee must continue, the conversations must endure, but most importantly the action must start if rugby is to truly embrace equality.

Stop now and all the demonstrations of solidarity will not have been worth it.

That is the opinion of Harlequins winger Nathan Earle, the 25-year-old who was banging on England’s door before a horror knee injury last year. 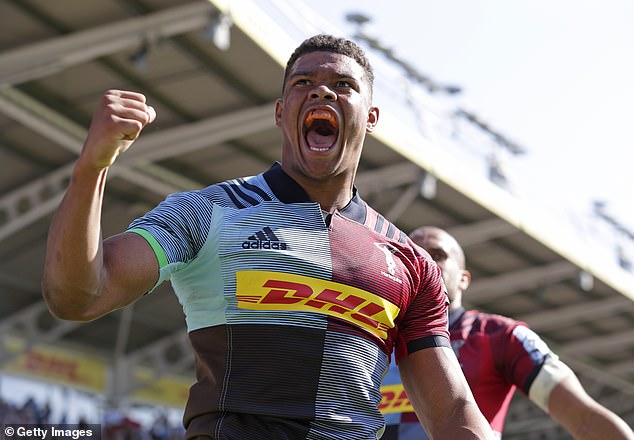 With all of his team-mates, Earle took the knee last Friday night to show support for the Black Lives Matter movement. He and they will continue the gesture.

‘If it’s only done for a few weeks it’s a very hollow gesture,’ says Earle. ‘At Quins we’ll do it for the remainder of this season and then will re-evaluate. I don’t think we’re going to stop. As soon as we do, the conversation stops. Gestures keep the conversation going but it’s people taking action and making a conscious effort to change.

‘Without that we’re just going to go round in circles and years later we’ll be saying ‘black lives matter’ when that should never need to be a tagline in the first place.’

Harlequins were one of three Premiership teams to take a knee as one last weekend.

Their decision came from group discussions led by full back Aaron Morris, who was part of a league-wide committee of black players helping to push issues around inequality.

Some players from other clubs — due to religious or other reasons — did not kneel. There was no pressure to do so.

Earle explains: ‘We said, ‘There is no pressure to take the knee — it’s completely and utterly personal to you. If you’re not comfortable you’re more than entitled to stand’.

‘For all of us to take a knee — not just the black players — got me pretty emotional. I felt the whole squad was behind us. That was massive.’ 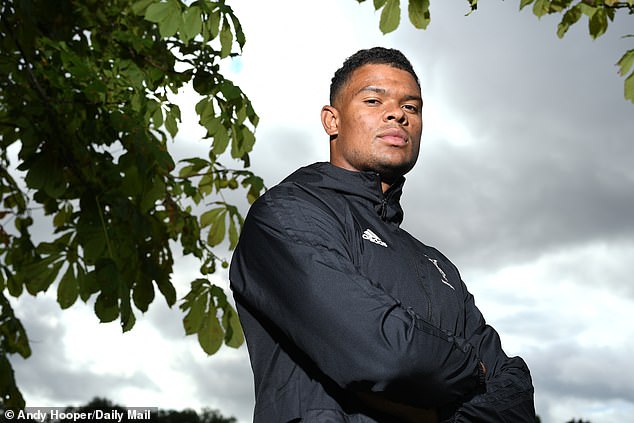 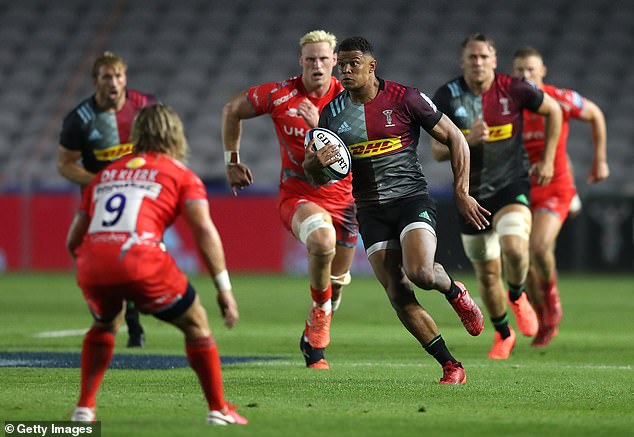 Earle will not pretend he has battled through barriers. As a child, he ‘wanted for nothing’ with his brothers when growing up in Hong Kong. However, like many he has been racially abused.

‘I’ve been called a ‘black c***’ on the pitch before and other things along those lines,’ Earle continues. ‘That was lower down the leagues.

‘I’ve always said you don’t need to bring my race into it. What does me being black have anything to do with it?’

So, in rugby, what can be done to change things?

‘We need to get rid of this elite status,’ says Earle. ‘We say it’s a game for all shapes and sizes but I don’t think it’s always a game for all walks of life — those from poorer backgrounds, for example. There needs to be a proper effort from those in the game to get those of lower-income households to see it as a viable option. You see all these boys playing football because they see it as a way of helping their family.

‘I don’t think enough people see rugby in the same light and that’s what we need to create — rugby as another option. There’s so much talent that goes missing.

‘The more we can find hopefully that will bring more money and investment into the game. I can only see it improving rugby’s position worldwide if there’s more participation because of it.’ 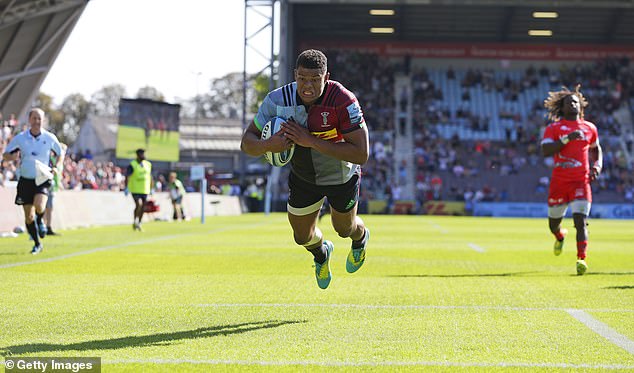 Earle wants to help former Quins team-mate Kyle Sinckler, now at Bristol, with his initiative to engage with under-represented communities by creating games for those from lower-income backgrounds and bringing Premiership academy scouts along to open their eyes to the missed talent.

‘It’ll be massive for the game if he can get that off the ground,’ Earle says. ‘I’d love to get involved with Kyle on that.’

Quins’ match against Sale last Friday was emotional for Earle for many reasons. Aside from it being English rugby’s restart and a chance to denounce racism it was the winger’s first match since April 2019 — 489 days previously.

Back then against Northampton he was tap-tackled by Piers Francis and his world caved in. 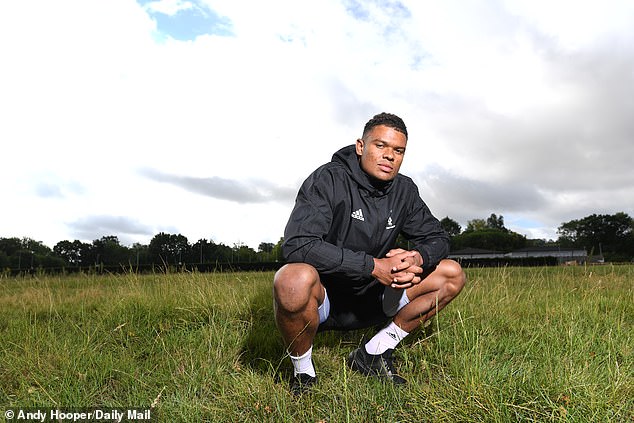 ‘When I put my leg down it bent the wrong way,’ explains Earle. ‘It was the most pain I’ve ever felt. I was begging for gas. I spoke to our head of medical waiting for the ambulance: ‘It’s either that I’ve taken my hamstring off or I’ve done my ACL’. It ended up being both. At least I know my body!’

His World Cup dream was over. Earle was in agony for three weeks waiting for the swelling to go down so he could have a complete knee reconstruction. For five weeks after that he could hardly move so his girlfriend Sophie worked from home to look after him.

‘She basically cooked and cleaned for me,’ recalls Earle. ‘I was like a big baby.’

Earle had a second make-or-break operation to solve a ‘cyclops lesion’ in his knee which meant it would not bend properly. If that had gone wrong he may have had to retire at 24.

Thankfully it worked. Earle credits Quins physio Elliott Clarke for saving his career. He wants to repay him, the club and his girlfriend for the faith they showed.

‘I was gutted Sophie couldn’t be at the Sale game,’ says Earle, who is set to face his old club Saracens at Allianz Park today. ‘Afterwards I just wanted to see her, as she’d seen me at the bottom. She was pretty emotional about it too.’

Related posts:
Previous Post: The day the dukes of F1 were at future champion Hill's christening
Next Post: Ben Chilwell: Chelsea closing in on deal for Leicester left-back