‘There’s a lot of frustration… it’s something that’s very real’: George Kruis fears he has played his last England game after coronavirus pandemic scuppered Saracens lock’s plans of bowing out after Six Nations

England lock George Kruis has admitted his frustration at seeing possibly his last Six Nations derailed, but insists rugby players have not got it as bad as Olympic athletes.

The Saracens man is cooped up at home like the rest of the country because of the coronavirus pandemic and doesn’t know when rugby will restart.

Sarries, automatically relegated because of the salary cap scandal, were set to throw everything at their Champions Cup quarter-final against Leinster in Dublin on April 4 but that has been postponed. 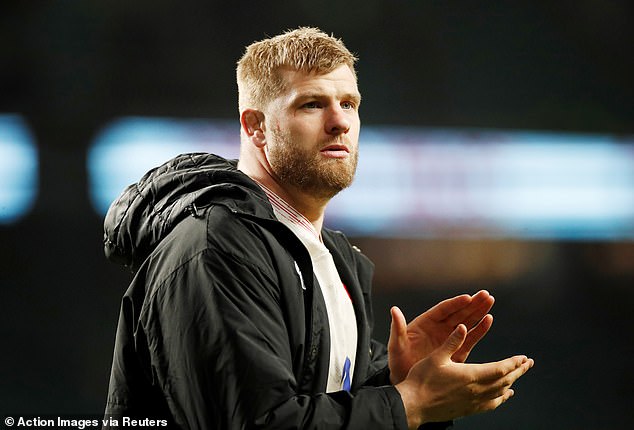 England lock George Kruis could have played his last Six Nations game for England, with the championship postponed with one fixture round remaining due to the coronavirus pandemic

Kruis is due to announce his future in the next 10 days and a possible move abroad could mean the truncated Six Nations could be have been his last.

But the 30-year-old says he has more sympathy with the Olympic athletes who have seen Tokyo 2020 moved to next year.

He said: ‘People wanted to play their last Six Nations game and we want to play the Champions Cup game against Leinster.

‘There’s a lot of frustration but ours is fairly manageable – it is obviously a very unique situation.

‘Olympians have had to delay a whole year after four years training and the mental toughness and physical commitment that goes with that. It’s not like it’s caused by something small and petty. 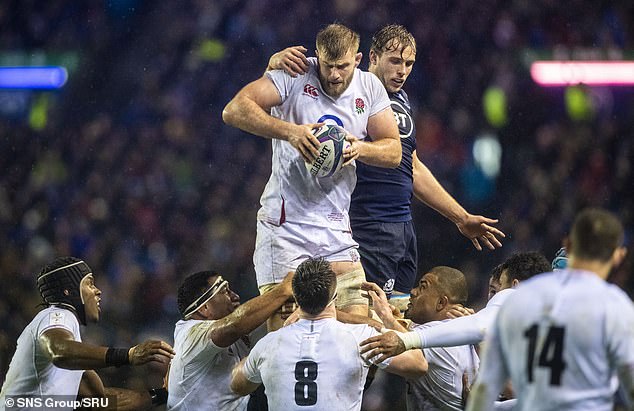 Another blow saw most Premiership rugby clubs – including Saracens – slash salaries by 25 per cent as they tried to recoup cash lost from abandoned league fixtures.

But Kruis, whose Cannabidiol oil company fourfivecbd has had its products taken up by retail giants Boots, can see the bigger picture.

He added: ‘I think it is pretty fair, there is a lot of stuff going on with the economy and the clubs are all very much up against it as they have got no crowds. It is a tough period for entertainment and measures have been put in place across different businesses. 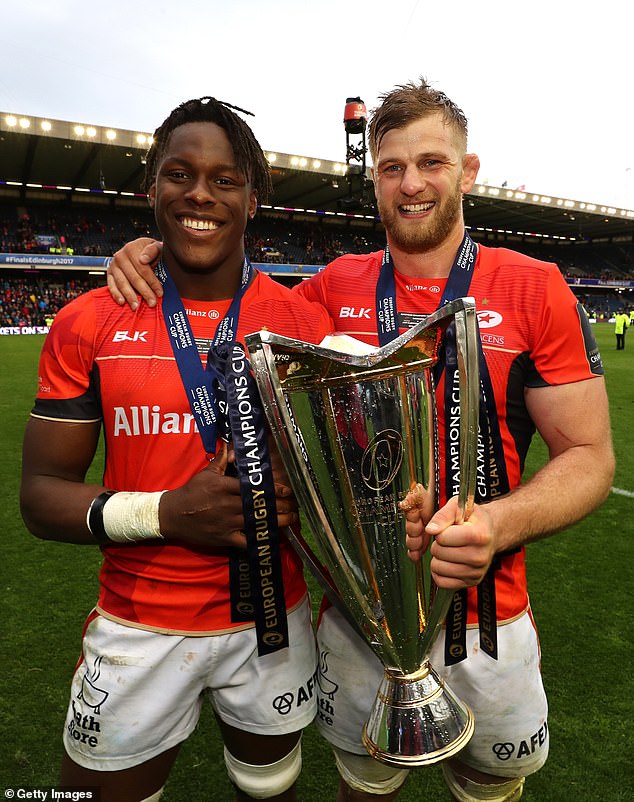 Kruis and fellow second row Dominic Day set up their company 18 months ago and the uptake from Boots is a major boost. And unsurprisingly Kruis is an advocate of the products.

He added: ‘CBD is now a bigger market than vitamin C and D put together last year so there are a lot of people feel the same way. It is something that is more and more researched and will become an every day supplement for a lot of people.

‘Because it is a food supplement we can’t make medical claims but a lot of people use it for a number of different reasons. Personally I use it for sleep and targeting a deeper sleep.

‘I feel like it puts me in a nice relaxed state which isn’t like a high. There is a good amount of research going into it throughout the world and there have been big changes in the way CBD and medical cannabis have been perceived. It is an exciting time for me.’