England beat Wales 33-30 in the Six Nations on Saturday as Eddie Jones’ men secured the Triple Crown. And Express Sport is on hand to bring you player ratings for both sides from Twickenham.

Elliot Daly – 7. Used his pace to cross for England’s second try in the left-hand corner after being switched to the wing after Jonny May’s eighth-minute departure.

Anthony Watson – 8. Over his calf injury at last, he was a handful for the Wales defence from the moment he crossed for an early try with a lovely stutter step.

Manu Tuilagi – 6. Deserved second half try brought the house down but reckless shoulder charge on George North saw his world crash down with a red card.

Owen Farrell – 7. Emotionally over the edge at times, sparking early brawl and whingeing at referee yet super cool with his flawless kicking.

Jonny May – 6. Brief afternoon’s work ended in aerial collision with Leigh Halfpenny. Played on for a couple of minutes but then gave in to head injury.

George Ford – 8. Controlled the game well from stand-off and fast hands put Daly then Tuilagi in for their tries. Kicked a penalty for good measure.

Ben Youngs – 7. Box-kicking blew hot and cold but sharp inside pass from rehearsed move for Watson’s try and break set up position for Tuilagi try.

Jamie George – 7. Hit his lineout targets consistently and helped England dominate the scrum before his exit just before the hour.

Kyle Sinckler – 7. Tremendous tackle count. On his best behaviour against Wales after his volcanic show in Cardiff a year ago. Furious but controlled – just how England want him.

Maro Itoje – 8. England’s player of the tournament. Consistently outstanding. Annoying to play against as Wales will testify, inspiring to play with.

George Kruis – 7. With a move to Japan a possibility, it may have been Kruis’s final game in an England shirt. If it was – as ever – he did not let anyone down. Kicking still terrible though.

Courtney Lawes – 8. Bruising display. Always as effective as against Ireland a fortnight ago with his defensive contribution. Important cog in the England forward machine.

Mark Wilson – 8. Big ask to recall the gritty Cumbrian after just one league start since the World Cup but toughed it out to top the tackle charts for England.

Tom Curry – 7. Ferocious defensive contribution yesterday but the No 8 experiment needs shelving to allow Curry to revert back to what he does best at flanker. 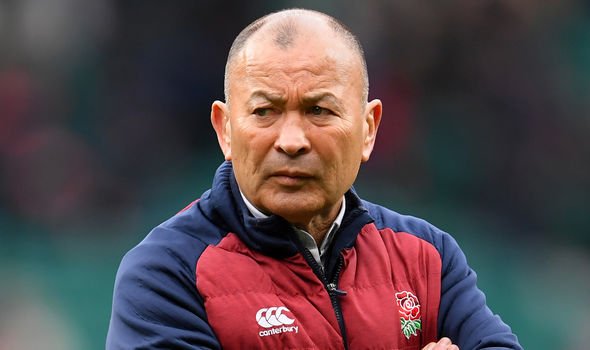 Leigh Halfpenny – 7. Lion-hearted competitor. Courageous under the high ball as always but at fault for Daly’s try in being pulled in to leave the hole out wide.

George North – 6. Fluffed early chance as he spilled the ball inches from the line after going off with concussion against Ireland a fortnight ago. Not the force of old.

Nick Tompkins – 7. Punched above his weight in heavyweight contest of high-impact collisions. Decent find for Wales in midfield this Six Nations.

Hadleigh Parkes – 5. Usually reliable but not yesterday. Hands let him down with one fumble inside England’s 22 and coughed up a penalty for a high tackle on Tuilagi.

Liam Williams – 6. Could not find any wriggle room in his first game since the World Cup. Ran out of steam and replaced when Wales could have done with some magic from him.

Dan Biggar – 8. Patched up and sent out into the concrete colosseum after hobbling off for Northampton last weekend, Biggar fought a great fight and was rewarded with late try.

Tomos Williams – 7. Energetic display at scrum-half until he was surprisingly replaced just after delivering sweet assist for startling breakout try.

Rob Evans – 5. Has bounced back after the disappointment of being overlooked for the World Cup but endured tough afternoon at Twickenham against England’s big hitters.

Ken Owens – 7. Heartbeat of the Wales pack but handed tricky lineout gig with the absence of Aaron Wainwright depriving him of a key target.

Dillon Lewis – 5. Forced off at half time with ankle injury. High workrate from the tight-head but came under pressure in the setpiece.

Jake Ball – 6. Scrapped hard in adversity against the powerful England front five until he was forced off with painful-looking arm injury in the second half.

Alun Wyn Jones – 7. Indestructible warrior battled until the end in his 138th Test for Wales even rising again after being wiped out by Lawes but could not turn the tide.

Ross Moriarty – 7. Industrious and direct in an overpowered Wales pack. Unfortunate to be penalised for pulling down a maul when he was basically bulldozed.

Justin Tipuric – 9. Great support work to finish off two Wales tries. One of a kind. Superb attacking ball player who has been ultra-reliable defensively in this championship too.

Josh Navidi – 7. Picked for his breakdown threat but showed his footballing skills in initiating Tipuric’s try. Great shift to go the distance.