Ewels became the fastest sending-off in the history of the tournament for a head-led tackle on James Ryan that also lacked any attempt to wrap his arms and ended the concussed Leinster second row’s afternoon.

What followed was a remarkable act of defiance from England as, having recovered from the initial shock of losing Ewels just 82 seconds into the pivotal showdown, they then went toe to toe with opposition who grew increasing rattled.

The scrum emerged as their greatest weapon, producing six penalties on a traumatising afternoon for the Irish set-piece and enabling Marcus Smith to keep his side in contention from the kicking tee.

Even with wing Jack Nowell packing down in the back row they were utterly dominant and the visitors suffered terribly through their indiscipline across all areas as referee Mathieu Raynal penalised them freely. 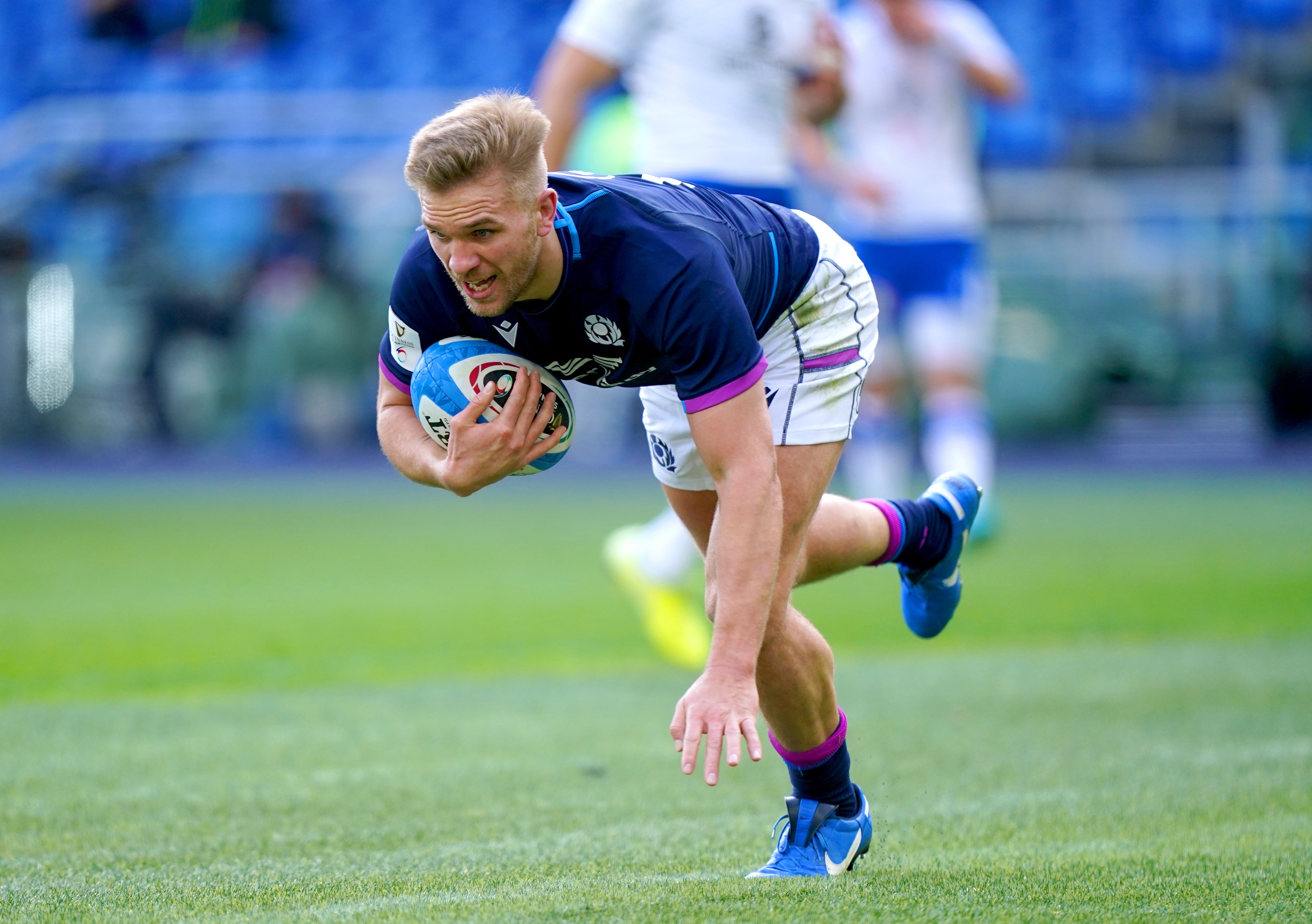 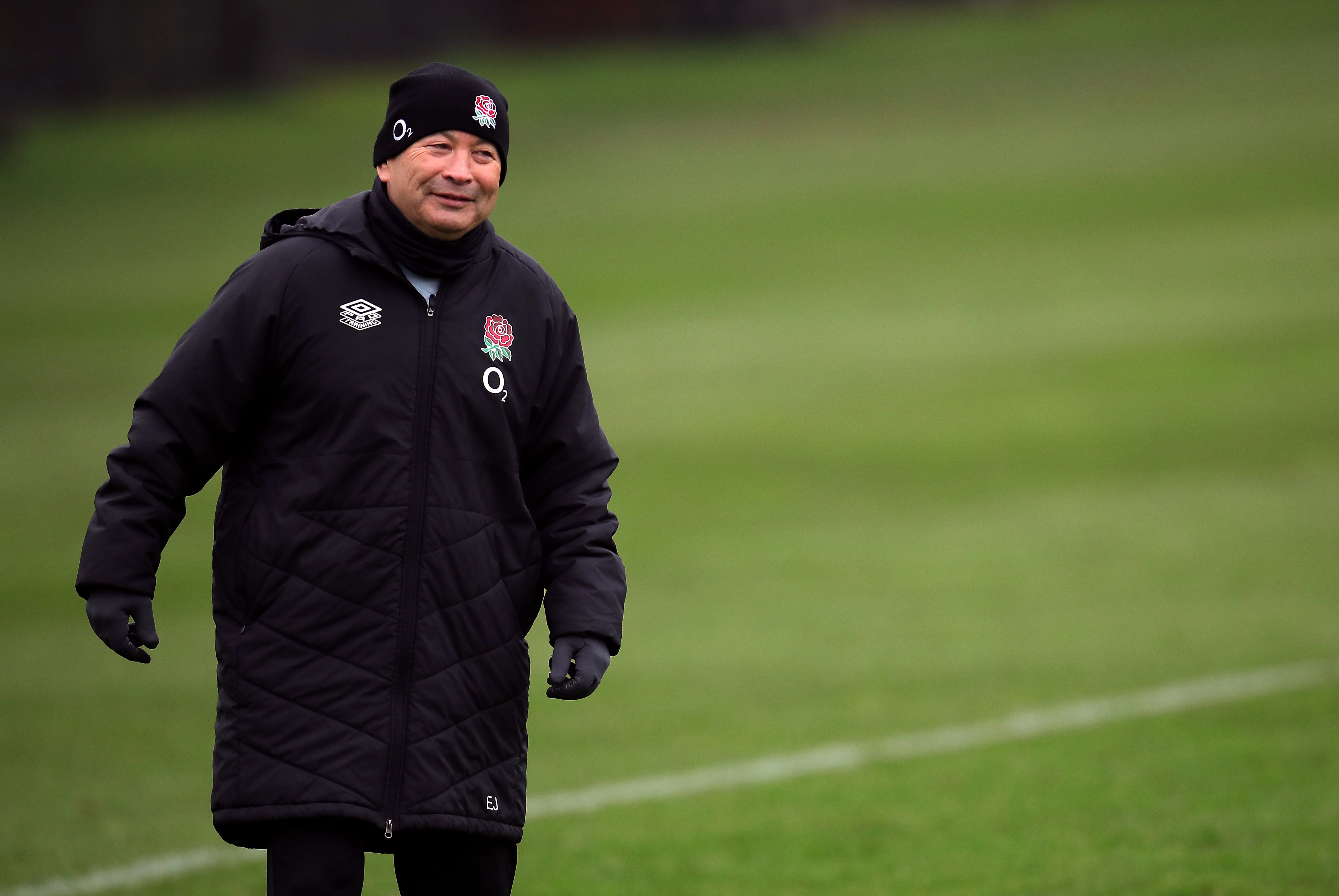 The home resistance was led by Maro Itoje and Ellis Genge amid an inspired performance from the pack, but eventually the pressure told as Jack Conan crossed in the 72nd minute before Finlay Bealham gave the scoreline a lop-sided look that was harsh on England.

It means Ireland remain in title contention on the final weekend while England must discover how much they have left in the tank as they head to France with the aim of finishing third.

An action-packed first half unfolded at lightning pace and produced brutal collisions to the extent that neither Ryan, Tom Curry nor Kyle Sinckler made it to the interval.

But there were also moments of artistry and the first of these arrived in the sixth minute when an undermanned England blindside was expertly exploited by Josh van der Flier and Dan Sheehan, with the pace of James Lowe doing the rest.

A second Ireland try was chalked off because of a knock-on and even as England celebrated winning a scrum penalty close to their line, their joy quickly turned to despair as Curry injured his hamstring while running.

Alex Dombrandt had been limited to one training session all week due to Covid but he now found himself in the back row that was swimming against the tide.

Ireland were pummelled at the scrum once more, however, and this time the penalty was in Smith’s range so the fly-half duly obliged to get his side off the mark.

Until Jamie George knocked on at the back of a dangerously-positioned maul, the home side had defied the odds to seize control with their pack making an impact in all departments.

A thrilling raid by Ireland ended with a third scrum penalty and they just could not escape Raynal’s whistle as Smith found the target once more.

But when given the opportunity to accelerate the tempo they were irrepressible and even in the face of heroic home defence, a second try was added as Jamison Gibson-Park took a quick tap and sent Hugo Keenan over. 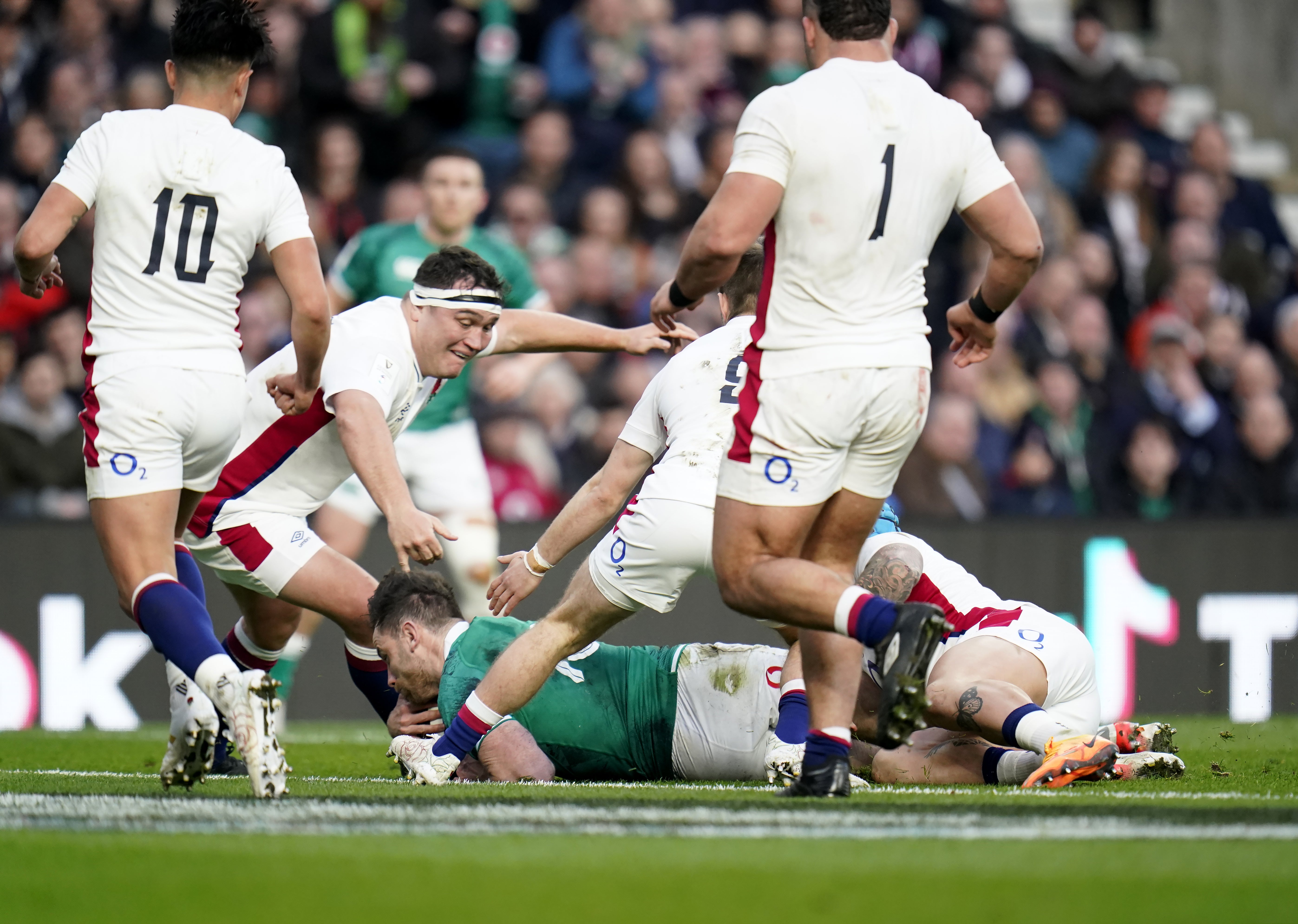 Hugo Keenan went over for Ireland in the first half

The first half finished with Smith splitting the posts and the second began with the rivals trading blows in attack, Sam Simmonds flattening Tadhg Furlong one highlight.

Smith kicked another three points as England continued to win key moments, but the most profitable platform remained the scrum and when Raynal raised his hand for the sixth time Harlequins’ fly-half levelled the score. Johnny Sexton nudged Ireland back in front, however, and as pressure built again on the home line, Conan was able to stride through a big gap before Bealham secured the bonus point with a close-range try late on.

Heading into Super Saturday, France top the standings on 18 points after winning their first four games. Ireland have 16 and could still take their first title since 2018 with victory or possibly even a draw against Scotland in Dublin next week if England can upset France in Paris.