Media playback is not supported on this device

A chaotic game on a confusing day in a messy championship.

For everything that made sense at Twickenham on a grey Saturday afternoon there was something that did not.

England comfortable winners but only three points in it. Hand sanitiser on tables around the ground and hugs and shared drinks everywhere you looked. Wales scoring a record-breaking number of points in south-west London yet leaving full of regrets.

No-one quite knows how this Six Nations will end because no-one is sure if it ever will. It seems strange talking of isolation and containment in a sport where men from different countries routinely go cheek by jowl and jowl to backside, but even a tournament as cherished and ancient as this fades into the background when there is crisis in the real world.

And so England may leave the championship much as they went into it, as a team with the power and intensity to take apart almost any other, who play at their best when they establish a lead rather than when they are chasing, with a head coach who is magnanimous in defeat and seemingly angrier in victory.

Eddie Jones had his line ready afterwards and he let it go to television, radio and the written media. At the end, he made it clear, when England had Ellis Genge in the sin-bin and Manu Tuilagi sent off, it was 13 men against 16.

Sixteen, Eddie? “You work that one out.”

That is Jones, and this is England. Snarling, unapologetic, intimidatory.

They had less possession than Wales, 36% to 64%. They made fewer metres and more than twice as many tackles. They missed 25 of them to Wales’ 13. None of it mattered, because they had a lead of 14 points just before half-time and 17 going into the last five minutes.

When it clicks they can look irresistible, all big hits and speed and sustained fury. They have a captain in Owen Farrell who relishes standing astride the line between aggression and recklessness. Inside him is a fly-half and friend in George Ford who can slow the game down when everyone else is fast-forwarding to pick little passes and find almost imperceptible gaps. Inside again on Saturday was a scrum-half in Ben Youngs who ran and sniped like the kid who thrilled at the start of his career 90 caps ago rather than the cautious veteran of recent vintage.

It was mayhem at the end when Tuilagi trudged off and Dan Biggar and Justin Tipuric ran in, hands on mouths in the stands all around on a day when Twickenham witnessed elbow-bumps for the first time.

England held on then and they created their own anarchy in a first half with the wrecking-ball challenges of Tom Curry and Tuilagi and the spoiling and stealing of their team-mates in the second row and on the flanks. Maro Itoje might be the smoothest burglar since Danny Ocean, the long arms of the Lawes next to him the perfect complement. 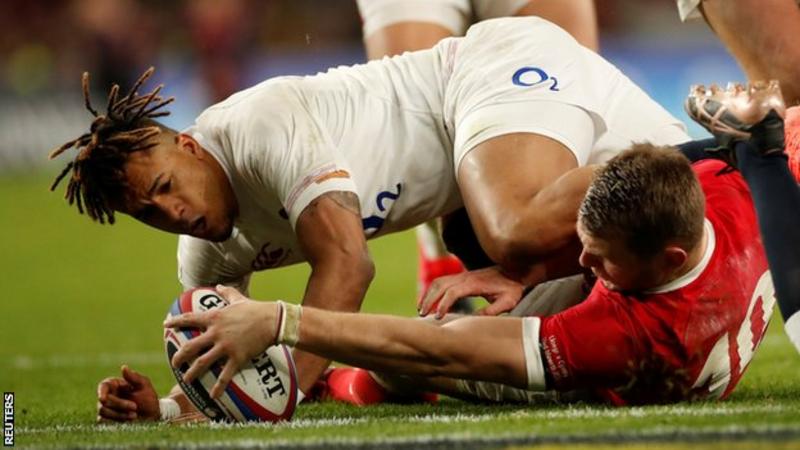 Just as a fortnight ago against Ireland, they accelerated into a lead by being more ruthless closer to the try-line than the opposition and held it by picking off penalties in a second half where they were content to be second best.

Across their last eight games at home they have compiled a cumulative 181 first-half points for and only 48 against. Start well and they finish.

And so Wales scored one of the great tries this stadium has seen, a length-of-the-field wonder almost to match that of Philippe Saint-Andre 29 years ago, and still fell to as a third successive Six Nations defeat for the first time since 2007.

If that was harsh on Tipuric, who finished off that score in addition to the one at the death, as well as Nick Tompkins, who began the attack from his own five-metre line, there was also little for Wayne Pivac to argue about afterwards but his opposite number’s view on the Tuilagi red card.

“I thought it was the correct decision,” he said, with the calmness that only a Kiwi former policeman could bring.

He did find fault with his own team’s discipline, bemoaning the breakdown penalty that cost them all that momentum gathered by Tipuric’s glorious canter, the scrum penalty that followed shortly after that allowed England to regain a sense of control that had been slipping away.

Wales’s victories here in the past 15 years have all had something wonderfully impossible about them, from the comeback in 2008 in Warren Gatland’s first game in charge to Scott Williams’ robbery of Lawes in 2012 and then the most famous heist of all in the World Cup three years later.

But that is not the only way to win, and it is not the method that the odds favour. There is romance in coming back from the brink but there is little logic. Wales required a ruthlessness in the first half to match the adventure of the second, and so Pivac still waits for the lift-off that Gatland managed to conjure up in his own debut campaign.

Wales can plan for Scotland in a week’s time. England must wait to see where their next game comes – maybe against Italy if an already packed calendar can be jemmied open, more likely in Japan this summer but by no means certainly. 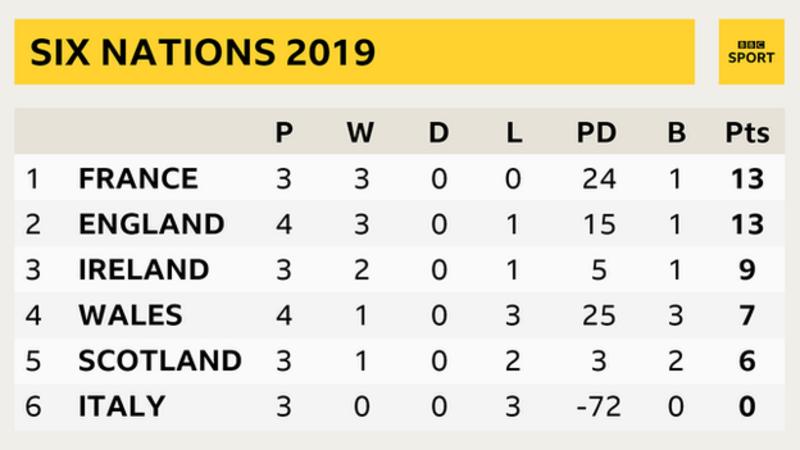 Their evolution may already have begun. Loyal assistant coach Steve Borthwick is finally unshackling himself from Jones. George Kruis looks to be waving goodbye. Joe Marler may be another looking at England in the rear-view mirror, even as social media is obsessing over the way he tickled the fancy of Alun Wyn Jones.

That has been the character of this Six Nations. Downpours and doubts, new coaches and old animosities, an escape from the concerns of the wider world until it became another victim of that too.

A populist carnival that maybe disappearing behind a pay wall, a sport that has never been more punishing to play still producing moments of sublime sporting poetry. Certainties in some places, suspicion and misgivings elsewhere.