The name of the code has become wildly inappropriate. Union is defined as ‘the state of being united’, but at the moment there is precious little unity in this version of rugby.

As if there wasn’t enough conflict occurring already, London Irish are considering legal action against Gloucester for poaching one of their coaches.

George Skivington has been lured to Kingsholm to take charge of an overhaul at the club following hasty departures by David Humphreys and Johan Ackermann.

According to the Exiles, former England Saxons lock Skivington is under contract as their forwards coach until June next year and Gloucester have acted inappropriately.

Brian Facer, the Irish chief executive, said: ‘At no point have we received any proactive communication from Gloucester.

‘We therefore believe that Gloucester have breached the Premiership Rugby code of conduct.

‘This is a most serious issue so, accordingly, we are reserving our rights to consider all our options under the Premiership Rugby governance protocols and other avenues of redress.’

In a retaliatory statement, Gloucester explained that they had ‘openly’ advertised the head coach role and their understanding was that Skivington was not contractually restricted from joining them. 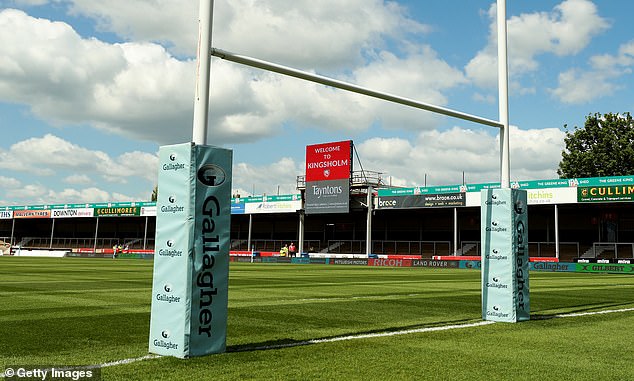 They claim to have sought clarification from Irish, which was not forthcoming, and suggested that they were ‘surprised and disappointed’ by the Exiles’ broadside. This unseemly squabble is the latest example of the sport’s chronic infighting habit.

Gloucester were already involved in one legal dispute after seeking to claim damages from Sale for signing Rohan Janse van Rensburg, despite the fact that the South African centre had already signed for them a few months earlier.

This period of tension and unrest has multiple dimensions.

It is club versus club. Clubs versus unions. Clubs versus players and their own unions. Pay cuts and scheduling rows and financial fears dominate the agenda. 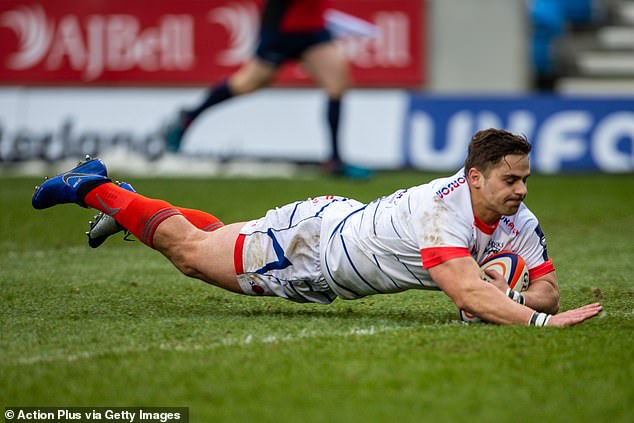 When solidarity is needed more than ever, it has been trumped by self-interest. There has been regime change in Australia, hastened by mud- slinging and vendettas.

In Scotland, there has been uproar about inflated executive wages, while leading players have been allowed to leave because of a lack of spending power.

Last year, the Nations League concept was buried by the refusal of certain unions to think about the greater good and any expansion beyond their borders.

More recently, the World Rugby chairman election played out against a backdrop of political horse-trading — and there are grave doubts about the integrity of the trumpeted governance review process.

Now hope is fading of a new, aligned global calendar. French clubs appear resolute in a refusal to budge from their established season slot and their Premiership counterparts are understood to be close behind them.

The window for change is closing. Rugby won’t seize the moment for vital reform while it is busy tearing itself apart. At this rate, it won’t be long before all that’s left to fight over is a heap of dust.

Kiwi stint will be the making of Marchant 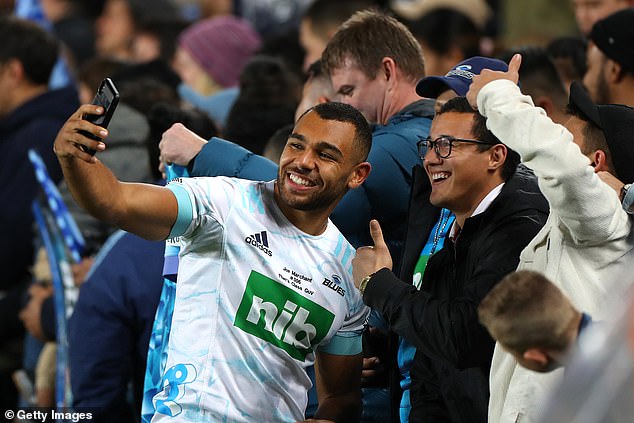 Harlequins centre Joe Marchant was enthused by his time in New Zealand when he spoke after his last game for the Auckland Blues — as a replacement in their win over the Highlanders at Eden Park.

Marchant, 23, will have acquired vast insight from the finishing-school stint in Kiwi rugby, which should aid his quest for England caps.

He also acquired a nickname from team-mates, which is why Marchant had ‘That’s class Guv’ stitched on to his shirt.

He is certainly no cockney, but he is a class act with enhanced Test credentials.

Gloucester’s appointment of George Skivington places another leading club in the hands of a bright young English coach — which is welcome news.

In the past, there has been a tendency to regard a southern hemisphere accent as the answer to any management vacancy, but that trend has become less pronounced.

Skivington is taking over Gloucester soon after Bath and Wasps installed Stuart Hooper and Lee Blackett respectively, to add to Rob Baxter, Steve Diamond and Paul Gustard in the Premiership’s home-grown contingent.

Dean Richards will be back in the top flight soon and Steve Borthwick will have control at Leicester.

English rugby has realised the best wisdom does not have to be imported.

The Ospreys have made another shrewd acquisition by hiring Australian former Clermont Auvergne and La Rochelle fly-half Brock James as their new attack coach.

The 38-year-old has pedigree from years operating at the pinnacle of the European club game and could galvanise the Swansea-based region, working with new head coach Toby Booth.

That has the look of a savvy alliance — capable of doing for the Ospreys what Booth and Brian Smith once did for London Irish.

That would mean turning them into a force in domestic and European rugby.

The standout star of Super Rugby Aotearoa has revealed he qualifies for England.

Hoskins Sotutu has emerged at the vanguard of a dazzling fresh generation of New Zealand talent, as the Blues’ eye-catching No 8.

He is the son of former Fiji vice-captain Waisake Sotutu, but when asked about his international aspirations he said: ‘I’ve got my dad’s Fijian heritage and that Kiwi side, and my mum is English, so I can qualify for an English passport.’

He is dynamic and skilful. But before everyone assumes that Eddie Jones will be beating a path to his door, note that the 21-year-old is three and a half stone lighter than Billy Vunipola. His physique is more suited to the fast-and-loose game in the south than the crash-and-bash variation here. Expect the All Blacks to claim him.