CHRIS FOY: Referee Luke Pearce’s ‘zero-tolerance’ approach to back-chat could be the benchmark, Irish are the great entertainers and Covid ordeals could have sizeable consequences

Look up ‘rugby’s core values’ and you will find myriad versions, but there is a general agreement that one of them is respect and that it is under threat. This is why Luke Pearce is being lauded.

At Sandy Park on Saturday, the referee repeatedly punished Saracens for excessive back-chat. They kept being marched back 10 metres for disputing decisions.

Twice in a row, it happened to Billy Vunipola and the stand taken by Pearce met with acclaim far and wide. 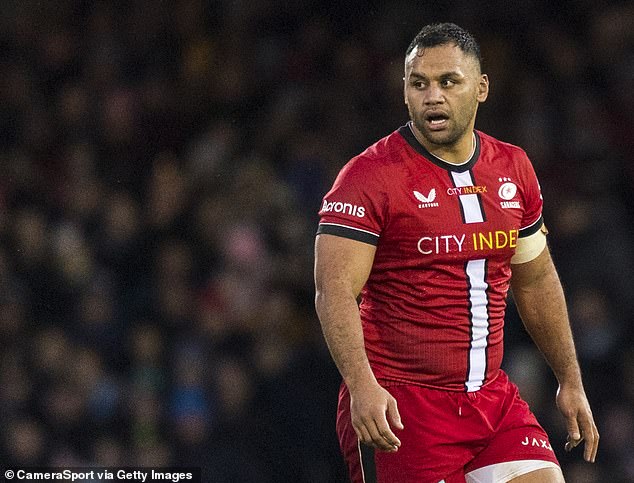 Carrying class: Worcester’s transformation owes a lot to the impact of Lions wing Duhan van der Merwe, who set up their first try against Wasps with a slaloming break, with the ball in one hand.

Top try: Gloucester were worthy of a bonus point on Friday and it came courtesy of Charlie Chapman’s brilliant break, dummy, sprint and sliding finish in the right corner a minute from time.

Wrong number: Wasps hooker Dan Frost was mistaken for a full back on Saturday when he took a sharp pass at full pace and burst through the Worcester defence to score brilliantly, again.

Home banker: Bath slumped to a ninth straight league defeat and next they face Leinster, who scored seven tries to thrash Connacht 47-19. It is destined to be a brutal mismatch in Dublin.

Even Mark McCall, Saracens’ director of rugby, had no complaints, after his side had been beaten by Exeter. ‘We were marched back three times, which is not good enough,’ he said. ‘It’s not just frustrating, it’s highly costly. One or two players, who I won’t name, have already apologised to their team-mates.’

In the case of Vunipola, his offences appeared relatively minor. He didn’t seem to say much and was not evidently angry or aggressive, but Pearce was showing that there is a line which must not be crossed.

There is too much back-chat, with constant demands for TMO reviews and cards. A ‘yes, sir’ culture still exists, but it is being eroded by the onset of mass appealing.

Rugby likes to sees itself as a bastion of sporting civility, but that reputation needs to be preserved, not just taken for granted. There cannot be a desire to peer down from a perceived moral high ground at football — where the abusing and jostling of referees is so rife — and just assume that such a scenario is unthinkable.

There has to be a professional-level quest to avoid a decline in standards which would lead to chaos in the grassroots game. So Pearce’s zero-tolerance approach can be the benchmark for others to follow. Let captains speak to the referee and ensure players cut out the back-chat.

But another problem for rugby was highlighted when McCall claimed that the unwise words from his players not only cost points but also ‘cost us decisions later, because you are on the wrong side of the referee’. This is a flaw; that so much is about interpretation, rather than black-and-white clarity.

There shouldn’t be a right or wrong side of the ref. Captains have to learn the art of interacting with officials, in order to curry favour. It is inherently wrong, but it is accepted as a fact of rugby life. Certain 50-50 calls go the way of the team who have shown better attitude or courtesy. 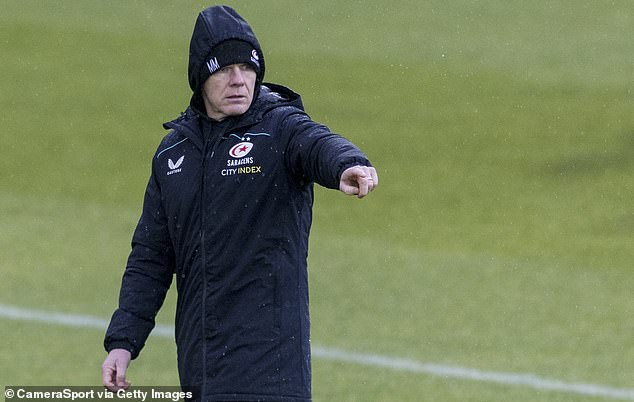 At the last World Cup, the Springboks studied referees and figured out how to ‘play’ them. That shouldn’t be possible. Maybe the answer is to cut down on any cosy small-talk and operate a strict exclusion zone around referees, unless they ask a player to approach.

London Irish deserve more support. The Exiles are emerging as the Premiership’s great entertainers. Their six tries in the demolition of Newcastle took them to 40 in the league this season — more than any other club.

Ollie Hassell-Collins’ hat-trick enhanced his push for an England debut, and he and Tom Parton are among the front-runners in the division, in terms of metres made. 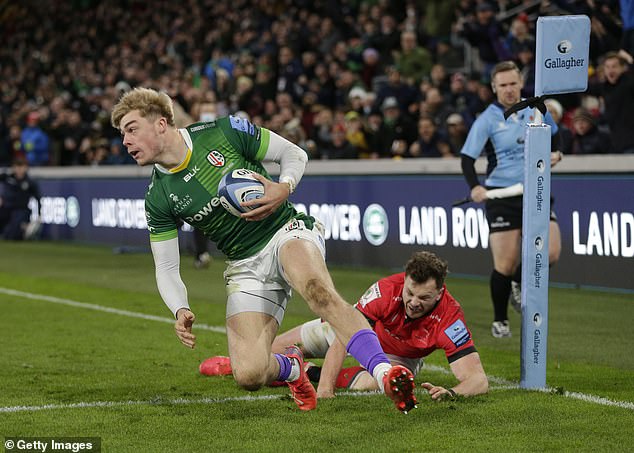 Ben Loader and Kyle Rowe have also provided a cutting edge out wide, and Declan Kidney’s side have specialised in late fightbacks.

Ordeals endured by Cardiff and Munster could have deep ramifications for the United Rugby Championship’s future and planned restructuring at international level. 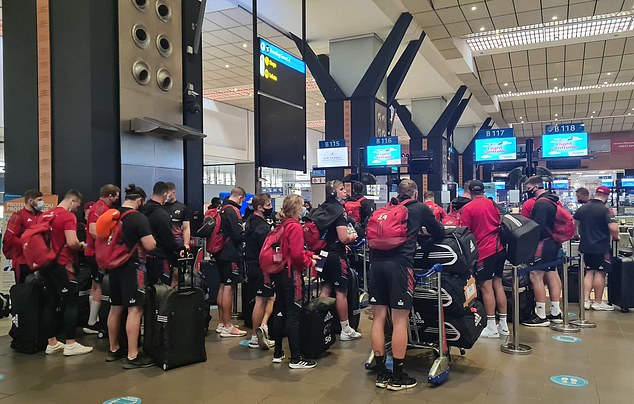 Those stranded in Cape Town won’t be keen to go back to South Africa for what is supposed to be a ‘domestic’ competition. At a time of unease over travel restrictions, cross-border events are vulnerable to disruption and dissent among participants.

Logistical challenges may count against the vision (in certain corridors of power) of an expanded Six Nations featuring the Springboks.

There should also be a desire to prevent all commercial clout being in the north. Rugby needs a strong south too. And a strong south needs South Africa.

Related posts:
Previous Post: MARTIN SAMUEL: This was Hamilton and Verstappen's dirtiest dance yet
Next Post: Horner surprised at Hamilton and insists Verstappen did nothing unusual