Former Australia rugby league captain Cameron Smith, one of the greatest players to have graced the game, announced his retirement on the eve of the new NRL season on Wednesday, putting an end to months of speculation over his future.

The 37-year-old hooker won two World Cups with the Kangaroos, was instrumental in Queensland’s decade-long dominance of State of Origin, and played a record 430 National Rugby League games for the Melbourne Storm.

Smith finished his 19th season at the club with a fifth victory in the NRL’s championship final last year, although two of those titles were subsequently stripped because of salary cap breaches at the Storm.

Smith said he had spent months agonising over his decision while in his home state Queensland with family.

“It felt like the right time to finish off the back of what was a very successful season last year,” he told reporters in Melbourne.

Cameron Smith has today announced his retirement from professional rugby league.
Cam is not only among the most decorated players the game has ever seen, he made an immeasurable contribution to our club on and off the field, and his legacy will be remembered in Melbourne forever. pic.twitter.com/iEqxelnvQA

“I couldn’t ask for more than finishing with a premiership with a club I’ve played my whole career with.

“It’s a chance to enjoy the next phase in my life and hopefully it’s still in rugby league in some capacity.”

Smith announced his retirement through the club after unveiling statues of himself and fellow great Billy Slater outside the Storm’s home stadium.

A deadly goalkicker and peerless game manager, Smith was at the heart of dominant Australia, Queensland and Storm sides along with “Big Three” team-mates Slater and Cooper Cronk. 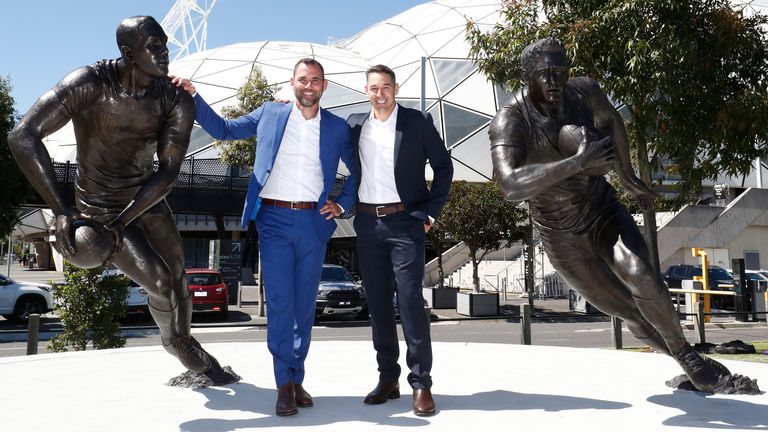 Storm’s long-time coach Craig Bellamy said he was the “greatest” player he had ever seen and hoped to keep him involved at the club.

“And with the success he’s had as a captain as well, it’s quite remarkable,” Bellamy told reporters alongside Smith. 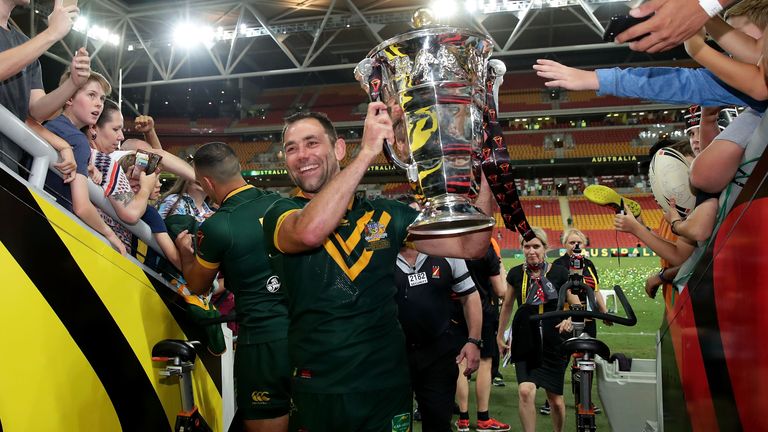 “We’ve had other great players who have contributed heavily to the quality of our game but to do it for near-on 20 years – that’s unparalleled.”

Smith bows out with a host of records, including most State of Origin appearances (42) and Tests for Australia (56).

“I think it’s a celebration now,” he told reporters. “I still remember when we were 18 and Cameron got the call to come to Melbourne and debut.

“I feel privileged he’s standing next to me announcing it.”