Australia 21-38 New Zealand: The All Blacks complete a Bledisloe Cup whitewash to maintain their impressive start to the defence of their Rugby Championship title despite Jordie Barrett’s red card for a kick to the face

The All Blacks shone in the Perth sunshine with a string of glittering tries to hammer Australia 38-21 on Sunday and maintain their dominant form in the Rugby Championship.

The All Blacks were a man down for 20 minutes through the middle of the one-sided clash at Perth Stadium, with fullback Jordie Barrett red-carded for putting his boot into winger Marika Koroibete’s face when jumping to catch a box-kick.

It scarcely mattered as Ian Foster’s men ran in six tries to complete a 3-0 whitewash of the Wallabies in the Bledisloe Cup, the annual series contested by the trans-Tasman nations. 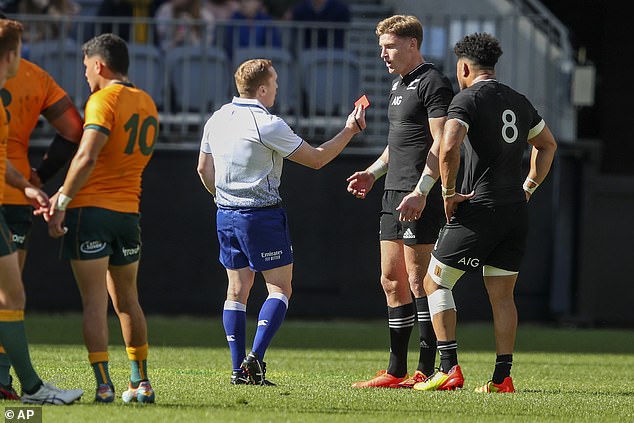 Inside centre David Havili grabbed a brace of tries, while Barrett, Will Jordan, Anton Lienert-Brown and George Bridge also crossed for five-pointers as the All Blacks blew out an 18-0 half-time lead in the bonus-point win.

All Blacks coach Ian Foster, whose contract was recently extended through the 2023 World Cup, was delighted with the performance of a team missing several leading players.

‘It wasn’t a picture-perfect game in many ways but I can tell you what, the attitude and the commitment to run and scramble was outstanding,’ he told reporters.

‘We were open and honest about wanting to do 3-0 and we hadn’t done it much before. And it meant a lot to us.’

The win underlined the All Blacks’ depth, with experienced lock Sam Whitelock and halves Richie Mo’unga and Aaron Smith home in New Zealand for the births of their children.

The All Blacks next face Argentina in Queensland, looking to notch a seventh straight win in 2021. 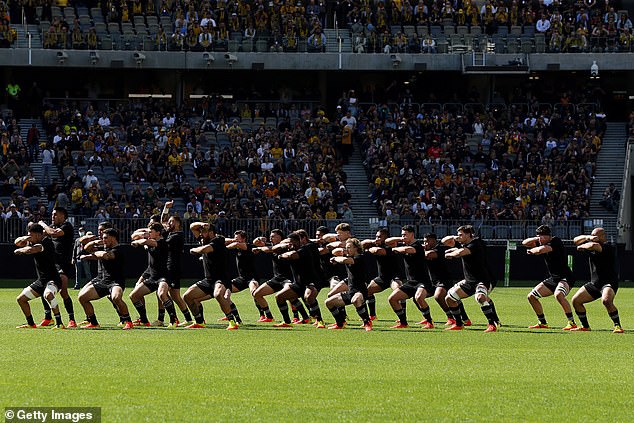 They botched a series of attacking moves and gifted two intercept tries after the break to quash their comeback hopes.

‘We’re not looking for excuses. We know we need to be better,’ said Australia coach Dave Rennie. 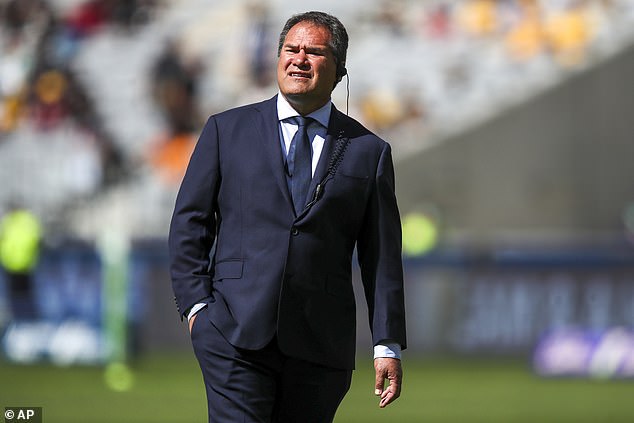 ‘I feel we’re moving in the right direction but we’ve got to put it together for 80 minutes as opposed to fits and starts again today.’

Foster selected all three Barrett brothers in his starting 15 and all contributed, though Jordie was ejected before the half-hour mark.

Fly half Beauden Barrett gave the home side a flying start, booting two early penalties and setting up Jordie’s opening try in the 17th minute with a dribbled kick. 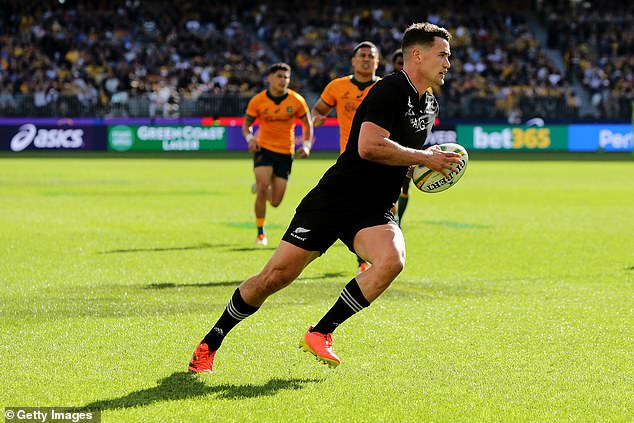 The Wallabies were far less clinical, missing out on early points when fly half Noah Lolesio hoofed a close-range penalty wide in the 28th minute.

With Barrett off the ground, fullback Banks killed off a try chance with a poor cross-kick to the corner.

Koroibete managed to plant the ball on the line but no try was awarded because he had crawled on his knees. 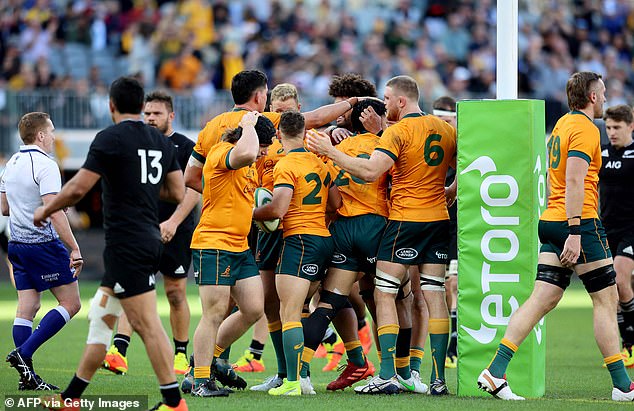 While still a man down, the All Blacks counter-attacked brilliantly through a lineout drive to give Havili his first try seconds before the halftime siren.

But the All Blacks responded with tries to Jordan and Havili in a six-minute burst to all but seal the match by the hour-mark. 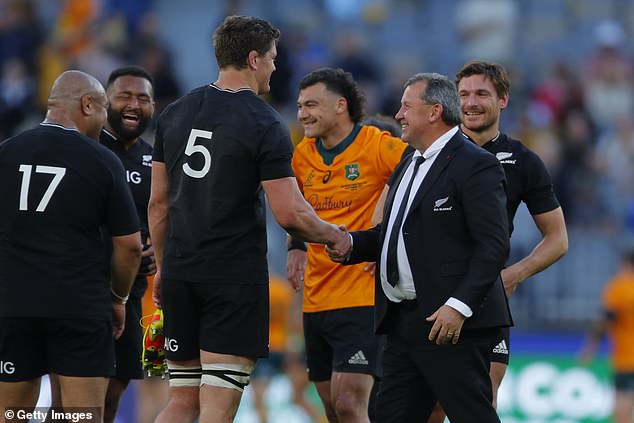 TJ Perenara kept the try-fest going, setting up Bridge with arguably the play of the day eight minutes from time.

After intercepting a pass and weaving through midfield traffic, the wily scrumhalf put a sumptuous cross-kick into the path of Bridge who cantered over in the left corner to leave Foster grinning in glee.