Sky Sports presenter Ted Kravtiz was told to leave the interview pen during the live broadcast of his popular show ‘Ted’s Notebook’, which takes place after most qualifying and race sessions.

Kravitz started his show in Singapore on Saturday while standing in the interview pen as Charles Leclerc was conducting his media duties after securing pole position. However, a member of security staff asked the Sky Sports presenter to leave the area.

“What, hello” Kravtiz said, before asking “are you chucking us out?” The security woman confirmed that the 48-year-old had to leave, much to the bemusement of Kravitz.

“Aren’t we normally in here?” Kravitz continued. “No? Has the rule changed?”

He then turned to his cameraman and asked: “Don’t we normally do that in the [media] pen? Maybe there’s been a misunderstanding.”

Kravitz’s popular Notebook programme entertains fans at home by giving them behind-the-scenes access as he roams around the paddock visiting all 10 teams and talking to a variety of people, including fans and manufacturer staff. 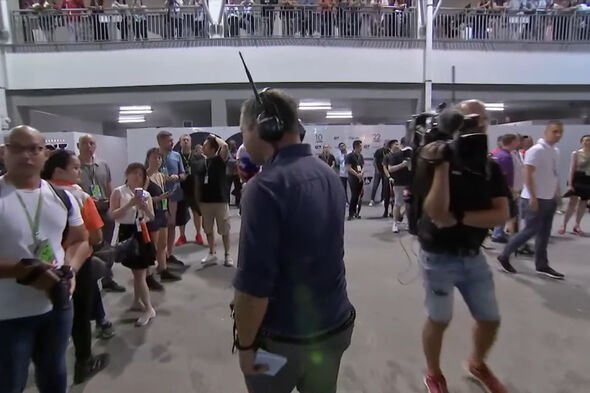 During the Sunday broadcast of his show, Kravitz was careful not to make the same mistake again as he quipped: “I’m not going to go near the pen today, don’t worry about that anybody.”