Two Formula One Grands Prix will be staged at Silverstone this summer, subject to Government approval.

The managing director of the Northamptonshire circuit, Stuart Pringle, told the BBC that an agreement in principle had been reached with Formula One to hold two races, immediately after the season begins in Austria.

‘I am delighted to confirm that Silverstone and Formula 1 have reached an agreement in principle to host two races behind closed doors this summer,’ Pringle said.

‘However these races will be subject to Government approval, as our priority is the safety of all involved and strict compliance with Covid-19 regulations.

‘I would like to thank all our fans who have been so supportive throughout this and to assure them we are determined to do all we can to help Formula 1 put on a show this summer.’

The BBC reported that the agreement would hinge on the Government giving dispensation over quarantine restrictions.

The Government’s Covid-19 recovery strategy document set out an intention to introduce a 14-day quarantine rule for international arrivals, except those from the Republic of Ireland and France. 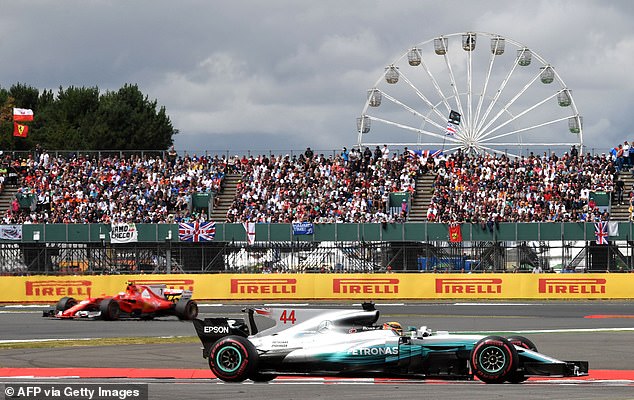