Sebastian Vettel believes Ferrari are less at ease with their car than Mercedes following the pit-lane rivals’ contrasting performances in F1 pre-season testing. Ferrari were off the pace of the reigning champions at the Circuit de Catalunya and there have even been suggestions they could start the campaign chasing not only the Silver Arrows and Red Bull but Racing Point as well.

Ferrari chief Mattia Binotto has admitted the engines at Vettel and Charles Leclerc’s disposal this season will not be as powerful as last year’s.

While it’s possible the Italians could shift their development focus from their 2020 car to next year’s model earlier than originally scheduled.

Vettel has now offered his verdict on where Ferrari stand in comparison to Mercedes, who look to have delivered the goods for Lewis Hamilton and Valtteri Bottas in the form of their new W11.

Asked Mercedes’ pre-season form had left him concerned, Vettel said: “It just looks as if Mercedes is more at ease. Not just for the one lap, which is what people look at, but just in general, also the [long] runs.

“Probably if you look right now, Mercedes is at the top. Every time they go out, they are fairly quick with ease, whereas others I think need to stretch a bit more.”

Ferrari’s testing struggles contrast to last year’s fortunes, which saw them go into the season-opening Australian Grand Prix as favourites. 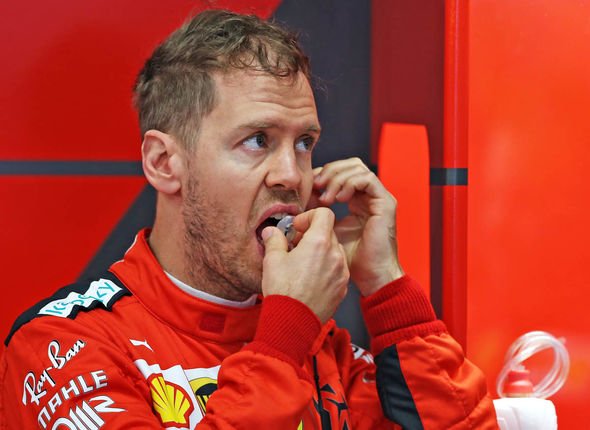 Vettel insists, though, it’s too early to properly predict how Ferrari and co.’s fortunes will pan out over the upcoming eight months.

“I think we see enough with six days of running – you know roughly where you’re at, but come Australia, things may look different,” Vettel said.

“We’ll really see where we are in the first two races. I think you have a good picture, and then take it from there.

“Right now, maybe we are not at the top of the timesheets every day, so maybe not the favourites, but let’s see where we are in Australia.”

Vettel will go for the fourth Australian Grand Prix win of his career on March 15 having previously come out on top in Melbourne in 2011, 2017 and 2018.