‘I don’t want to say no, as he is a great driver’: Renault eye up potential swoop for Sebastian Vettel if they lose Daniel Ricciardo at the end of the season

Renault have not ruled out the prospect of landing Sebastian Vettel from Ferrari should they lose Daniel Ricciardo at the end of the campaign.

Many drivers are out of contract at the end of the season, including Vettel and his former Red Bull team-mate, and Renault fear Ricciardo could leave for Ferrari if they fail to make significant progress this term.

The Enstone outfit finished a disappointing fifth in 2019 and comfortably behind fourth placed McLaren who they supply engines too.

However, despite showing an interest in Vettel, Renault boss Cyril Abiteboul admitted he would more likely try and sign a youthful talent from within the team’s academy rather than the 32-year-old who won four world championships with Red Bull when they were powered by Renault between 2010 and 2013.

‘I don’t want to say no, as he [Vettel] is a great driver, and a great champion,’ Abiteboul told ‘La Grille’ programme on Canal+. ‘We worked together on the engine side and we won together. 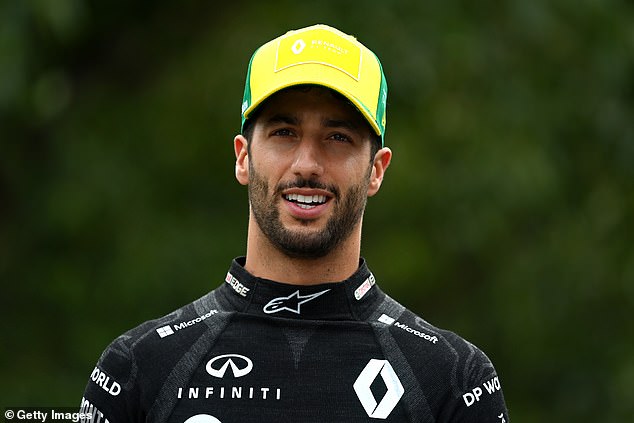 ‘Now 2021 is coming, we have to acknowledge it. Typically, there’s Christian Lundgaard. He’s an option among others: he’s got his F2 season to do, we’ve got our own season to do with Daniel.’

Although Renault would prefer to retain Ricciardo, the Australian is likely to only commit to to the French team if they can show signs of battling near the front along with Mercedes, Ferrari and  Red Bull.

The new Formula One season was due to get underway in Australia last Sunday but the coronavirus pandemic led to the race being postponed along with the following three races after in Bahrain, Vietnam and China.

F1 bosses are hopeful of trying to start the campaign in Monaco in late May but a more realistic target could be the June race in Azerbaijan.