Helmut Marko has confirmed F1 owners Liberty Media are planning to start the 2020 season in Austria with two races to be held at the Red Bull Ring. It was announced earlier this month that the Canadian Grand Prix became the latest race weekend to be postponed amid the coronavirus outbreak.

It means the first nine races of the season have either been cancelled or postponed with the French Grand Prix currently scheduled to be the first race of the season on June 28.

But recent reports have suggested the race weekend at Paul Ricard is also expected to cancelled.

However, Liberty Media are seemingly working towards getting the season started in Austria, with the first race at the Red Bull Ring being on July 5 as planned.

If the race goes ahead, it will almost certainly be without any fans in attendance in order to prevent further spread of COVID-19.

JUST IN: Max Verstappen and Charles Leclerc would take chance to join Mercedes

F1 teams though are hopeful of completing the 2020 season and Liberty Media have drawn up plans to hold four races at two circuits in the month of July.

As well as hosting their usual slot on July 5, the Red Bull Ring will reportedly hold a second Grand Prix a week later.

“It now looks very good that we can host two races. We are ready,” Marko told F1-insider.com.

“Liberty insists that the number of people is kept as low as possible.

“This means: There will only be television on site, no media representatives otherwise, but support races can be held.”

He added: “There will be strict requirements within the paddock and the race track: Minimum distance must be maintained, masks must be worn.

“Finally there are good reasons to be optimistic.”

The British Grand Prix will likely follow in the same fashion as well as they stick to their July 19th date as well as a second on July 26th. 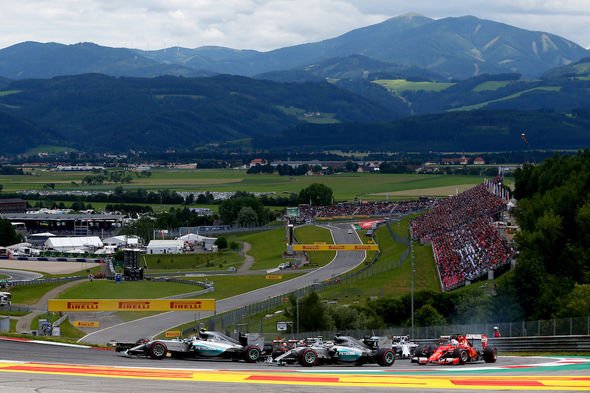 Silverstone boss Stuart Pringle has been involved in talks with all necessary parties and has indicated the British circuit is more than capable to hold two races in the space of a week.

“We have been asked could we hold a race or two and could they be behind closed doors,” Pringle told the Guardian.

“The answer is absolutely, we are open to looking into anything and everything.”

He added: “I have complete confidence in our ability to put on these events.

“We have a lot of experience, a lot of knowledge, we can turn that on definitely.”