Former F1 driver Nikita Mazepin was triumphant on his return to motorsport following his controversial departure from Haas, and now the Russian is considering an entry into the Dakar Rally.

The 23-year-old said he found out he had been dismissed by the American-owned team in a press release. His father Dmitry Mazepin is an oligarch close to Russian president Vladimir Putin as he even attended a one-to-one meeting with the leader on the same day the 69-year-old launched the military attack on Ukraine.

Dmitry is owner and chairman of Russian fertiliser company Uralchem, whose brand Uralkali served as the central sponsor of the American-owned Haas outfit from 2021 until recently. Once the Russian invasion of Ukraine began, Haas removed their Uralkali branding – and placed the future of driver Mazepin into doubt.

Mazepin was subsequently replaced by fan-favourite Kevin Magnussen – who has impressed since returning to the sport – and the Russian’s future was up in the air. However, he is now firmly back in the window to compete in motorsport.

In his first action since Haas terminated his contract on the eve of the 2022 F1 season, Mazepin won the T3 class at the Silk Way Rally. He took part in a 10-day rally raid event in an SSV vehicle, which is one of the classes included in the Dakar Rally field.

When asked if he will compete in the Dakar Rally during an appearance on Match TV’s ‘All to Match!’ programme, Mazepin said: “Will the Dakar be in my career? We’ll see.

“Before the Dakar, we need to do a lot of work to prepare for the sands because there are much more of them. Emotionally, I understand better now what is required of me.

“The Dakar starts this year on December 31 and ends on January 15. That’s 15 fighting days behind the wheel. I’ve finished 10 and I feel tired, so I need to weigh up everything and get ready.”

Two-time F1 world champion Fernando Alonso is the only driver on the grid who has experienced the Dakar Rally, making his sole appearance at the 2020 event with Toyota Gazoo Racing. Mazepin said he took great interest in the Spaniard’s performance and revealed he had spoken to him about rally raids on one of the F1 parade laps. 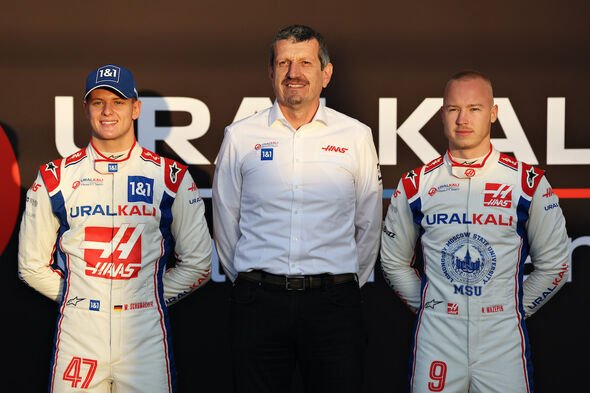 During that conversation, Mazepin said Alonso told him he would like to have another go. Asked if he had spoken to Alonso before competing in the Silk Way Rally, the Russian added: “I think Fernando’s performance gave me a chance to get more familiar with the Dakar.

“It was interesting for me to see how a man who competes on asphalt would compete off-road. At one of the F1 driver parades I asked him if he liked rally raids. And Fernando replied he would like to go back.

“In June, I took part in the Ladoga Trophy on a quad bike and now I compete in an ATV (all-terrain vehicle). I like it, it’s what I would like to do when I’m not in F1, if I have a contract with a team or any other kind of work.”