Mercedes caused a massive buzz in the Formula One paddock as their new ‘W13’ car made its first appearance on the track on the first day of pre-season testing in Sakhir, Bahrain on Thursday.

The radically different design of the W13 is a bold step to try and help Lewis Hamilton reclaim the title from Red Bull’s Max Verstappen in the wake of last season’s hugely controversial climax.

Red Bull chief Christian Horner has admitted the wide variety of interpretations of the numerous new rules, as shown by all the teams’ cars, has been ‘fascinating’, with Mercedes’ side-pods – or lack thereof – causing a particular stir.

Below, Sportsmail‘s Max Mathews looks at the new Mercedes vehicle and considers what effect it could have on this campaign’s title race. 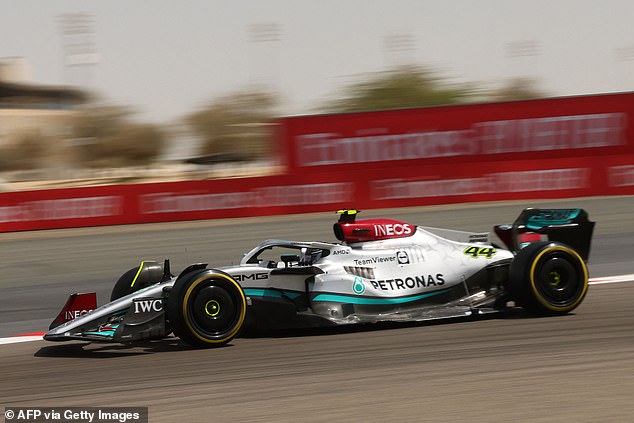 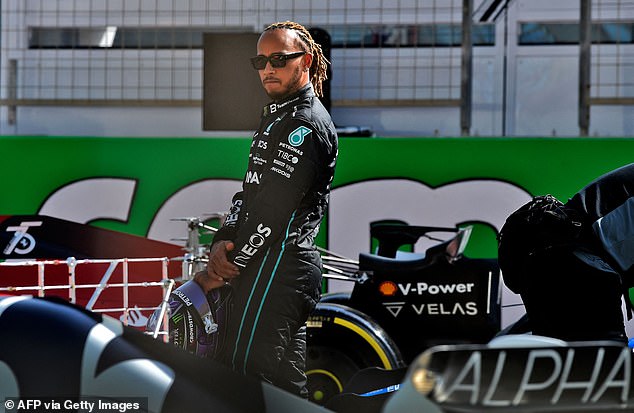 The ‘geeky details’ on the new car

It has a six-cylinder, 1.6 litre engine, a maximum revs per minute (RPM) of 15,000 and a maximum fuel flow of 100 kilograms per hour in terms of the power unit; plus Petronas Primax used as fuel with Petronas Syntium used as lubricants.

In terms of energy storage, the weight is minimum 20kg, with a maximum Energy Recovery System capacity of four megajoules per lap.

The Motor Generating Units (MGUs) are split into MGU-K and MGU-H: the former transferring kinetic energy and the latter heat energy, which the driver uses to give their car a quick power boost during their laps. 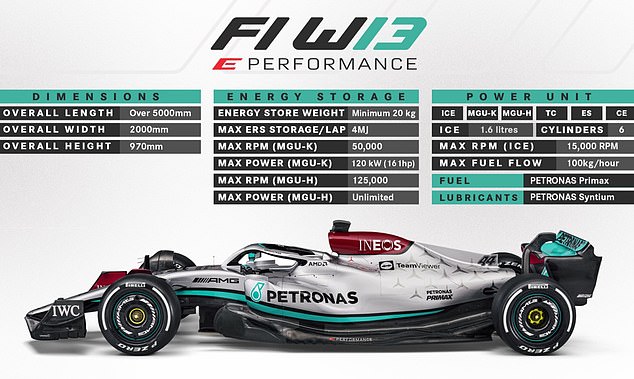 All the ‘geeky details’ on the W13, including dimensions, revolutions per minute and power

Lewis Hamilton has talked up the new car his team has produced, saying bullishly: ‘We don’t make mistakes. There’s a lot of very intelligent people back at the factory and I trust them 100 per cent.

‘Every year’s exciting, but of course [in] previous years, it was an evolution of the previous year’s car; in this one, it’s completely brand-new. So I think it’s the most exciting [pre-season], and again, you have absolutely no idea where you stand.’

How does it compare to the new Red Bull RB18?

The RB18 has a high nose with a larger space under the middle section of the wing, to maximise airflow to the underfloor (the effects of this are explained below).

In terms of suspension, Red Bull now have a pull-rod front and a push-rod back, like McLaren, and have aimed to get a big under-cut from their side-pods.

What’s the fuss over the Mercedes side-pods?

First thing, their side-pods are a remarkable feature of engineering. They are remarkably indented – so much so it almost appears the cars have taken a whack on the side.

Everything inside them, for example pipes and radiators, are therefore packed into a much smaller space, and with a very small inlet for cooling air.

But the effects the side-pods have could be huge. The aim is to get a clean and fast delivery of air to the back of the car while preventing air escaping around the sides, which slows down the airflow under the car.

Tweaking the side-pods to try and go faster is commonplace, with Ferrari using a ‘scalloped’ design and Red Bull aiming to get a heavy under-cut from theirs. But Mercedes have taken this to the nth degree.

On Thursday morning, before final pre-season testing even started, tongues were wagging about Mercedes’ big upgrade and, more importantly, what kind of pace advantage it could give the W13.

According to Corriere dello Sport, simulators showed a ‘monstrous’ upturn in performance, with ‘already legendary gains’. Will that translate to the track?

How have other teams reacted?

Suspicion and paranoia is rife among their rivals. Several teams are concerned especially about how the side-pod structure and mirror mount are set up.

Horner reportedly told German outlet Auto Motor Und Sport: ‘The new Mercedes violates the spirit of the regulations. For us, some parts are not legal.’

Respected German journalist Michael Schmidt also quoted Horner as saying: ‘These are not mirror mounts, but two wings. They also have vertical baffles built on top. They have nothing to do with the mirror mount… Mercedes went a step too far. That does not correspond to the spirit of the regulations. For us, these wings are illegal.’ 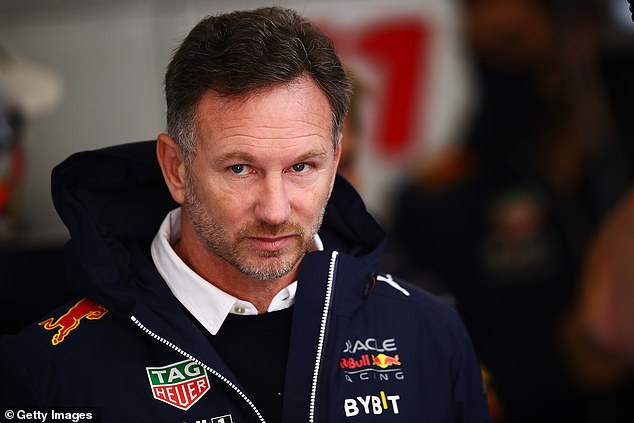 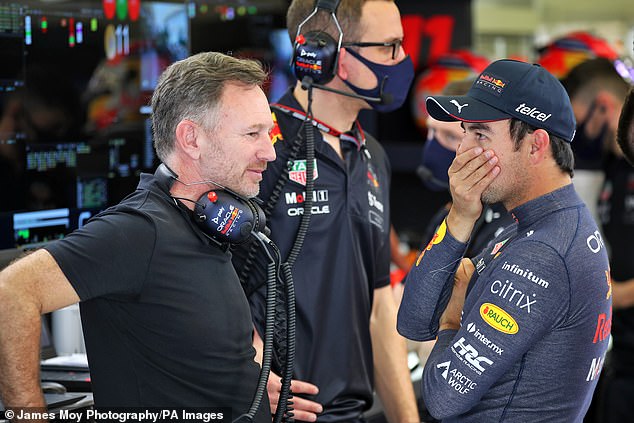 Red Bull then rapidly backtracked, insisting ‘any quotes being attributed to (Horner) this morning are incorrect,’ before clarifying in a later statement: ‘So we are clear, we have made no official comment regarding Mercedes’ car and will not be doing so.’

Ferrari team boss Mattia Binotto added: ‘Looking at the Mercedes car, no doubt it is a great car. That should not be a surprise. The concept is quite different to ours, quite interesting with the cooling layout, and the side-pods look quite interesting.

‘The risk in the future is all teams will start designing mirrors that look like space ships. In the spirit of what we intend to do for the future, it is something we need to discuss.’

Sky Sports’ Ted Kravitz said: ‘There are already lots of teams looking at various bits on other cars and going, ‘hang on, I didn’t think we were allowed to do that!’ Every single thing is going to be objected or even protested.

Referencing the bitter war of words between Wolff and Horner and their attempts to influence now-sacked race director Michael Masi, Kravitz added: ‘These two race directors are coming in at a particularly red-hot time for inter-team protests.’

What could be done about it?

F1 managing director Ross Brawn has admitted he did not anticipate the Mercedes concept.

And Brawn has previously said that in light of all the rule changes this year, the sport will keep an eye on the new designs and try to make sure they don’t stray too far from the spirit of the rules.

He might therefore think Mercedes’ innovations go too far. A new rule states that changes are now allowed mid-season, if eight out of 10 teams, F1 and the FIA all agree – meaning a Red Bull protest, for example, could stymie Mercedes’ changes.

However, it is understood the FIA has given the Mercedes design the all clear. Moreover, the car’s ‘wake’ is not negatively affected by the changes and thus does not disrupt airflow for cars behind, which is Brawn’s main concern.

With F1 testing continuing and the new season starting on March 20, the fear and loathing that has characterised much of the sport’s recent history is likely to remain unabated.