Lewis Hamilton is apparently close to signing a blockbuster three-year Mercedes contract worth a staggering £180million. The Brit was offered such a lucrative deal after Max Verstappen and Charles Leclerc closed the market.

Hamilton admitted last year that is was his dream to one day drive in the famous Ferrari red.

The six-time world champion held initial talks with the Prancing Horse chiefs and was considering leaving Mercedes when his £40m-a-year deal expires at the end of the year.

But the Sun claim Hamilton has decided to stay with the Silver Arrows after a gigantic contract was tabled.

Mercedes, who have dominated F1 for the past six years, have limited options to replace Hamilton.

Max Verstappen, the hottest young driver on the grid, has penned an extension with Red Bull while Charles Leclerc has done likewise with Ferrari.

That is said to have increased the pressure on Mercedes to keep hold of Hamilton beyond this season.

And the £60m-a-year deal was too good to turn down for the 35-year-old, who is hoping to equal Michael Schumacher’s Drivers’ Championship record this campaign.

It also signals Hamilton’s commitment to remain in F1 until 2023 – meaning he could have three chances to surpass Schumacher and make a serious case to go down as the greatest driver of all time.

Until the pen is signed on the dotted line there will still be a chance Hamilton could walk away from talks.

But after speaking in January he was confident his future would lie with Mercedes.

“It is crazy because there is all this talk, but I have a certain approach in that I don’t stress. I trust Toto and we have that trust between us,” Hamilton said.

“We have told each other what our goals are, what our aims are and our commitments, so I don’t ever feel like there is necessarily any rush. 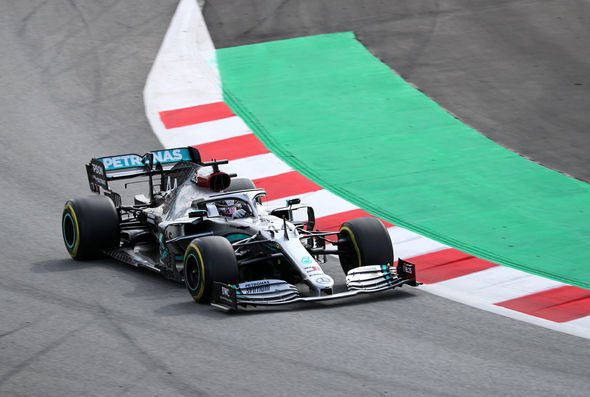 “But then sometimes Toto is like ‘is everything OK?’, so we keep the channel open and I am sure in the near future we will start to sit down.”

Mercedes team principal Toto Wolff added: “I said maybe we should sit down and have the chat but I think I know so well where he is going to go, and he knows where I am.

“It is about finding a day where we spend a few hours together and that is what we have done in the past.

“We have that respect I know the contribution Lewis brings to the team as a driver and as a brand and you always need to respect that.”