Lewis Hamilton says he has channelled the Black Lives Matter movement and desire for Formula 1 to be a force for good in the world into his driving during his sensational record-equalling seventh F1 title-winning season – admitting he has “another fire burning” inside him.

Hamilton laid claim to the title of the most-successful racing driver of all time in the Turkish GP by equalling Michael Schumacher’s haul of seven world titles in a year in which he has also taken the record for the most race wins of all time.

But going hand-in-hand with the Mercedes driver’s unprecedented sporting achievement has been the prominent role he has taken in calling for racial justice and a more diverse society, both within motorsport the world at large. 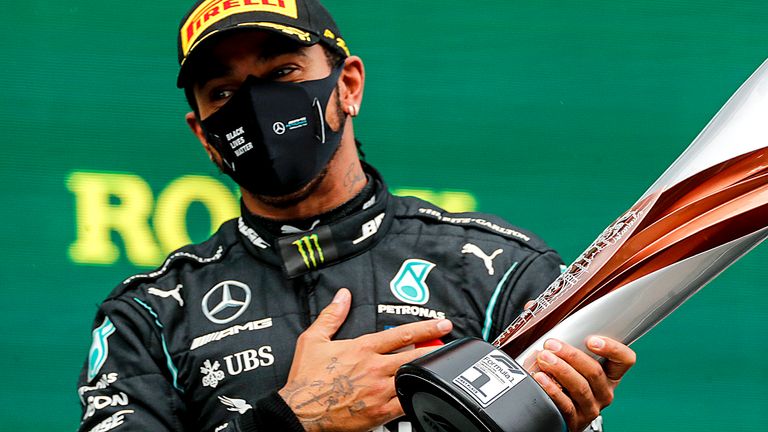 And speaking openly to Sky Sports F1 in the hours after becoming a seven-time champion on Sunday evening, Hamilton explained why the challenging events of this year had inspired him to help drive lasting change – and why he believes the sport can play a leading role in that.

“Every other year that I’ve come in you’re one man on a mission,” said Hamilton. “Of course, with a large group of people. There’s a team championship to win and then there’s a drivers’ one and it takes everything, so much sacrifice in the year to be at your best all year long.

“It’s quite a lonely fight in that sense as you’re fighting for that world title. This year has been so different in that the challenge that we’ve had with Covid and then not just that, when we’re seen the Black Lives Matter movement. That really for me gave me so much drive and so much focus and realise ‘hey we’ve really got to use this platform we have;’ which is amazing.

“There are a lot of organisations in the world that turn a blind eye to a lot of stuff that’s happening and they’ll use the excuse that it’s political. Human rights is not a political thing. Human rights should be equal for everyone. 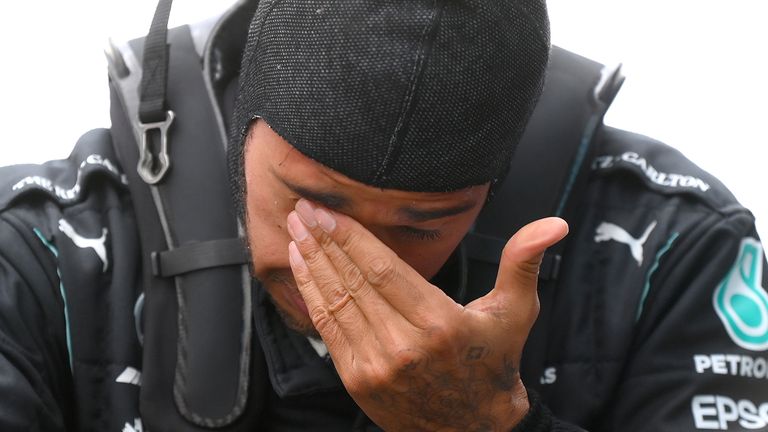 “We’re going to all these counties where that is an issue and we don’t have to shut those areas off; we have to figure out how we can engage more and how we can really utilise the platforms to encourage and push for change.

“That’s what’s been a real drive for me this year and you’ve seen that coming out in my driving because I have now another fire burning. Whilst I’ve got this championship, there’s still another big win out there but it’s going to take all of us coming together.”

Hamilton on the negatives and positives of his 2020 ‘bubble’

On of the most significant impacts of the coronavirus pandemic on Hamilton’s record-breaking season, has been the fact he has had to minimise social interaction both during and away from race weekends. Toto Wolff, Mercedes’ team principal, said his two drivers were living like “hermits” to minimise their risk of catching Covid-19. 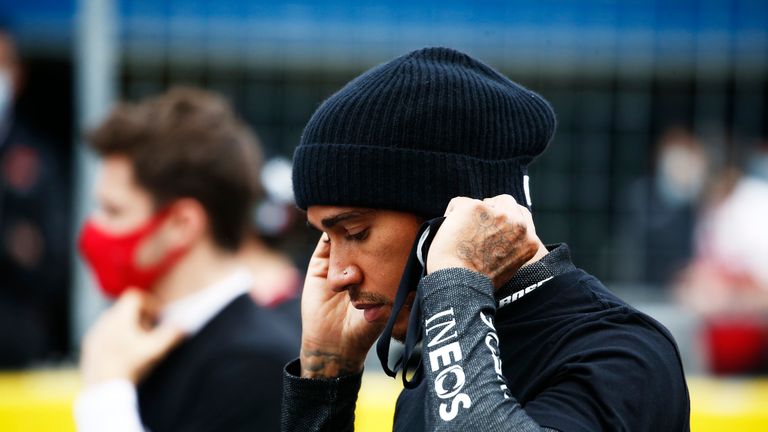 “It’s been so tough, that’s for sure,” admitted the world champion.

“Lockdown, I’m not going to lie, it’s not been fun for nobody. But I would say for me, being in a bubble in the championship, it’s been horrible. I’m so lucky I’ve got Angela [Cullen, Hamilton’s physiotherapist] and Roscoe but I’ve not had anyone in my bubble this year, I’ve not really been around anybody. I’ve not been out to dinner, I’ve not been socialising at all, and that has been a really big challenge.

“But then on the other side I’ve been on a lot of Zoom calls with Formula 1, with the team behind Formula 1, with the FIA, with Jean [Todt], with Chase [Carey], with Ross [Brawn], talking about what we can do as a sport to do more. So it’s definitely given me time to work on things that I didn’t have time previously to do, and reflect on certain things and what I want to do, and what I can do, with the voice and the platform I have.”