Lewis Hamilton is mulling over a new contract and Mercedes want him to make a decision in the next two weeks. The 35-year-old has enjoyed immense success since leaving McLaren for the Silver Arrows ahead of the 2013 F1 season.

Hamilton has won five of his World Drivers’ Championships with Mercedes and formed a powerful partnership with team principal Toto Wolff.

Mercedes are eager to stay ahead of their competitors and that means keeping hold of the top talent in F1.

Hamilton is understood to have been offered an increase on his current £40m-a-year salary and Motorsport.com report Wolff and co. are hopeful he will put pen to paper on a new two-year deal.

However, the clock is ticking for the Brit, with Mercedes facing the prospect of having to delve into the driver market if he knocks them back.

Mercedes have brought contract negotiations forward this year due to the impact of the coronavirus pandemic on the 2020 season and want Hamilton to give them an answer by the end of April.

Mercedes junior driver programme graduate George Russell might be brought back into the fold from Williams if Hamilton leaves.

Red Bull’s Max Verstappen and Ferrari’s Charles Leclerc are stellar options but are under contract until 2023 and 2024 respectively.

Sebastian Vettel is among the host of F1 drivers who, like Hamilton, will be out of contract at the end of 2020 and he has not ruled out joining Mercedes.

Wolff, who has been linked with a move from Mercedes’ F1 operation to Aston Martin’s road car division, is confident top drivers will want to race for his team going forward. 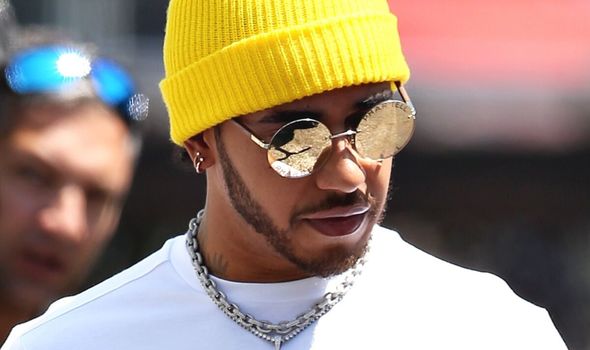 “Well, I think we have very exciting young drivers that are part of the Mercedes family, like George Russell, who is a Mercedes junior driver, who I foresee a bright future [for],” said Wolff earlier this year.

“Then we have Esteban [Ocon] who is not too far away, who is with Renault today, but he’s a cousin of the Mercedes family today.

“And looking at Max and Charles, these guys will always strive to be in the fastest cars, and contracts are contracts, probably sometimes the detail is what is important and not the overhead line on how long a contract has been signed [for].

“And therefore, I see our duty in providing and producing the car that is the quickest, and then we will not run out of talent that will be keen and eager to drive these cars.”