Lewis Hamilton’s reign of supremacy might be coming to an end with former F1 driver Martin Brundle believing Max Verstappen is nearly a match for the champion. Hamilton asserted his status as the man to beat last year, racking up 11 wins from 21 races on the way to a sixth F1 title.

Few would now bet against the Mercedes driver matching the hauls of Michael Schumacher, who secured 91 Grand Prix wins and seven titles during his own career.

Verstappen is among the competitors hoping to steal away Hamilton’s World Drivers’ Championship crown, though, and Red Bull are optimistic their new RB16 can make them real title contenders.

Brundle, who drove for Tyrrell, Zakspeed, Williams, Brabham, Benetton, Ligier, McLaren and Jaguar in F1, has now predicted a power shift is on the cards.

And he says 2019 was the year that showed Verstappen is almost at the level Hamilton has reached at the pinnacle of motorsport.

During a Twitter Q&A, Brundle was asked: “After all you’ve seen of the two, in equal machinery, who wins over who over the course of a season: Hamilton or Verstappen?”

Tweeting via the Sky Sports F1 account, Brundle replied: “Until 2019 I’d have always put my money on Hamilton, but I believe the tide is turning and that’s why I’m particularly sad not to be witnessing Max vs Lewis right now.”

Hamilton and Verstappen’s title fight has been put on ice for now due to the coronavirus pandemic which has claimed more than 10,000 lives worldwide.

The first eight races of the 2020 season have been called off, with the Azerbaijan Grand Prix the latest to be axed on Monday. 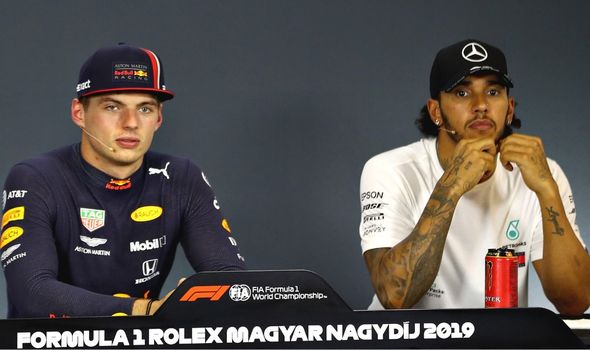 F1 chief executive Chase Carey is hopeful, however, that fans will still be treated to a decent campaign when lights out can eventually take place.

Carey said: “While at present no-one can be certain of exactly when the situation will improve, it will improve and when it does, we will be ready to go racing again. We are all committed to bringing our fans a 2020 Championship Season.

“We recognise there is significant potential for additional postponements in currently scheduled events, nonetheless we and our partners fully expect the season to start at some point this summer, with a revised calendar of between 15-18 races.”

With eight races called off so far, there are currently 14 on the 2020 calendar, with the first of those being the Canadian Grand Prix on June 14.