Lewis Hamilton says he’s in the dark about where Mercedes stand compared to their rivals after Thursday’s engine shut down cast a slight shadow over what represented two promising blocks of winter testing. The reigning F1 champion was left stranded by the side of the Circuit de Catalunya track on the penultimate day of testing after an oil pressure anomaly forced his car to stop.

Hamilton returned to the track on Friday, though, and ended the day fifth-fastest of 14 drivers, with his Mercedes team-mate Valtteri Bottas coming out on top.

Bottas set the fastest lap time of testing as a whole, giving Hamilton and co. plenty of reason to believe their new W11 car is up to scratch for the 2020 campaign.

But Hamilton, who goes into this month’s season-opening Australian Grand Prix as the title favourite, admits he’s uncertain as to how the Silver Arrows compare to their rivals.

“I think we’ve had a good winter test,” Hamilton said. “It’s not been perfect. We’ve found that we’ve got plenty of problems that we are trying to iron out. I don’t know how long it will take to iron out but that is never a bad thing necessarily to discover through testing.

“But otherwise, I think our performance has been quite good in the sense of laps we’ve got and the mileage apart from [on Thursday] and the processes and things we discovered along the way.

“I have no idea where we stand compared to the others. The team will probably have a better idea of that.”

Hamilton is just seven wins shy of matching Michael Schumacher’s record of 91 race victories and can match his haul of seven F1 titles this year.

Mercedes have developed an innovative DAS steering system for the new season to try to give Hamilton and Bottas an edge over their rivals. 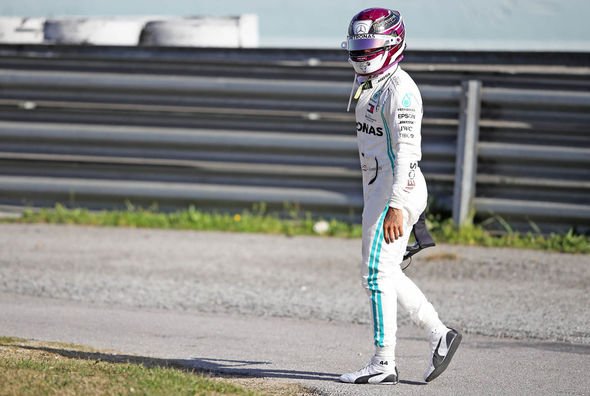 Hamilton says he’s not sure how much he and Bottas will utilise the invention, though, as the oncoming season plays out.

Ferrari have traditionally posed the biggest threat to Mercedes’ hopes of extending their era of dominance at the top of F1.

They face a battle to be on the front row of the grid in Melbourne, however, having been outshone by Red Bull in testing.

Red Bull’s Max Verstappen was the second-quickest driver in Spain, while Ferrari’s Charles Leclerc was edged out of the top three by Renault’s Daniel Ricciardo.