Lando Norris received the plaudit he deserved on Sunday — from the legend looming large in his mirrors.

For an early chunk of the Austrian Grand Prix, Lewis Hamilton pursued the 21-year-old McLaren man waiting for him to make a mistake.

It didn’t transpire as Norris defended well when he needed to, although the world champion did eventually overtake him. 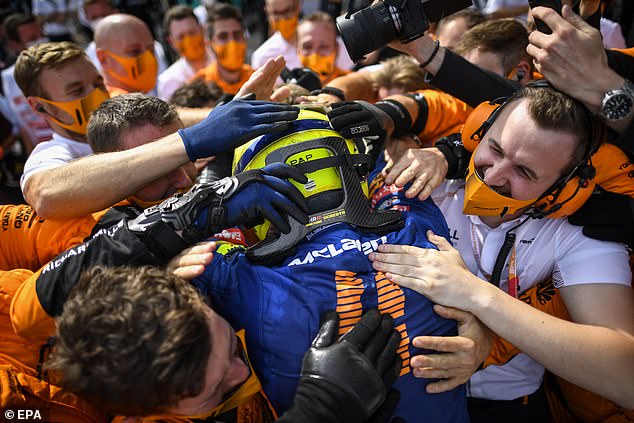 The young McLaren driver, 21, finished on the podium and was praised by Sir Lewis Hamilton

But the pass was returned later on, Norris going through Hamilton neatly on the inside of Turn Six on his way to take third place.

‘Such a great driver, Lando,’ said Hamilton over the radio.

Norris said: ‘It’s the first race I’ve been able to race a Mercedes. Hopefully we can keep it up.’ 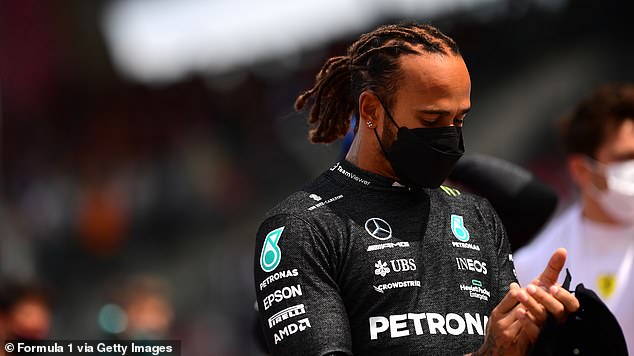 Still, Norris was slightly disappointed at missing out on second place after the stewards harshly gave him a five-second penalty for ‘forcing’ Sergio Perez off following the safety car period at the beginning of the race.

‘I was just racing, really. He tried to go around the outside, which was a bit stupid, and he ran off the track himself,’ said Norris, who has come third three times this season.

‘I didn’t even push him. So I am frustrated but also happy with P3. It was a lot of fun.’