‘I don’t know if doing something here will particularly have an effect’: Lewis Hamilton will NOT boycott Belgian Grand Prix amid protests in USA over police shooting of Jacob Blake but insists ‘I stand unified with them’

Lewis Hamilton will not boycott this weekend’s Belgian Grand Prix – declaring that his refusal to drive would have little bearing in the fight against racism.

A number of top-level sporting events were postponed in the United States on Wednesday, following a series of player-led protests against the shooting of African-American Jacob Blake by a policeman in Wisconsin last week.

Hamilton, who holds a 37-point lead over Red Bull’s Max Verstappen in his quest for a record-equalling seventh world championship, performed the Black Power salute after winning his first race of the season in Austria last month. He then vowed to spend the rest of his life battling racism.

The six-time world champion, the sport’s sole black driver, has taken a knee ahead of every round, and criticised those within Formula One’s white-dominated world of not doing enough to fight inequality.

Asked if he would emulate the actions of those in America and pull out of the seventh round of the championship in Spa-Francorchamps, Hamilton said: ‘It is a shame that is what is needed over there in order to get a reaction, but that is in America.

‘I don’t know if really me doing something here will particularly have an effect. We are in Belgium, not the United States. 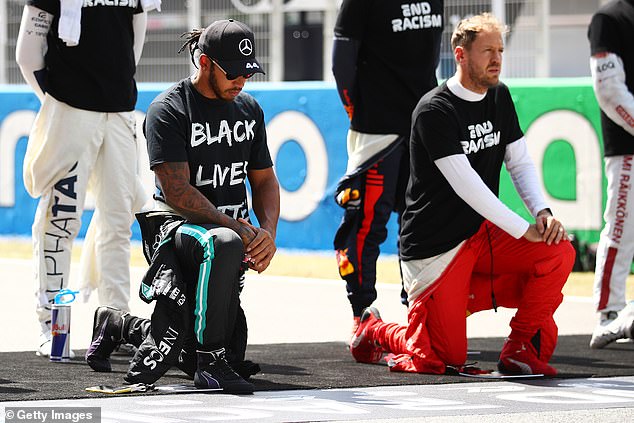 ‘I have not spoken to anybody about it but I am really proud of so many of them over there in the States and what they are doing within their sports.

‘I stand unified with them. So many people are standing with the players and pushing for change.

‘I don’t really know how us not doing the race [will help], but I will speak to Formula One to see what I can do to continue to raise awareness, and continue to help push for change. Naturally, as a sport, we need to be aligned and supporting one another.’

Renault driver Daniel Ricciardo is among 12 of the 20 drivers to have joined Hamilton in taking the knee this year. 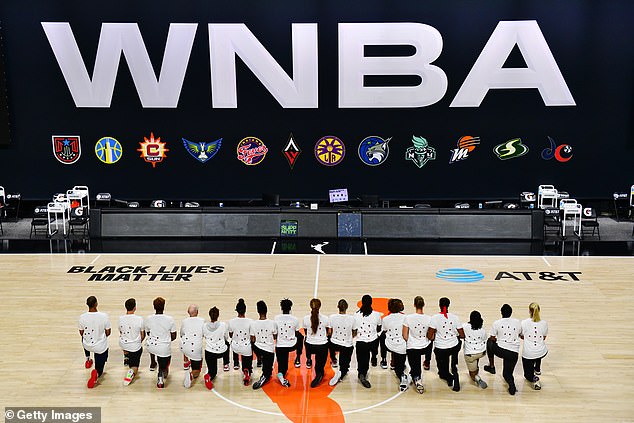 Speaking about the US protests, the Australian encouraged a discussion among the drivers on what steps they should take next.

‘It’s getting pretty extreme, but until there is a change you keep banging on the door until it falls down,’ he said.

‘We have to talk as a group and have that conversation to see where everyone’s head is at. It’s still fresh, it’s devastating. When is it enough? You shake your head in disbelief how it can keep going on. It still blows my mind.

‘If there is something we can do, of course we will. We have to have that discussion.’ 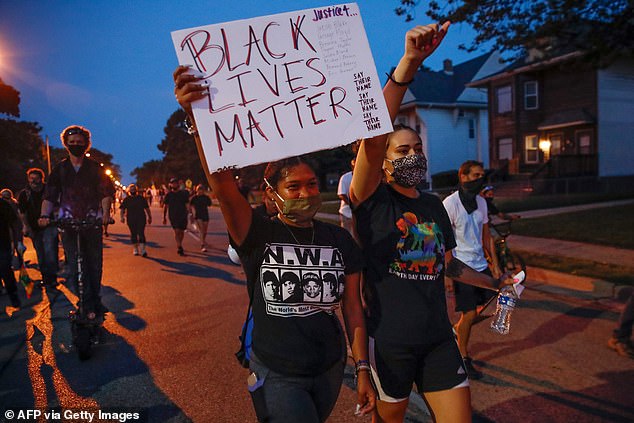 Related posts:
Previous Post: Arteta reveals what he has told Guendouzi about his place in the Arsenal team
Next Post: US Open 2020: Men’s Draw