Lewis Hamilton has urged Formula One authorities not to let Red Bull off the hook after breaking financial rules.

The champion constructor spent more than the £114million budget cap allowed last season, reportedly by around £1.8m, and are waiting to see what sanction they receive from the FIA governing body.

And Hamilton, a rival to Red Bull’s Max Verstappen – who sealed this campaign’s title earlier this month – warned against a light punishment for the breach, insisting it would set a dangerous precedent. 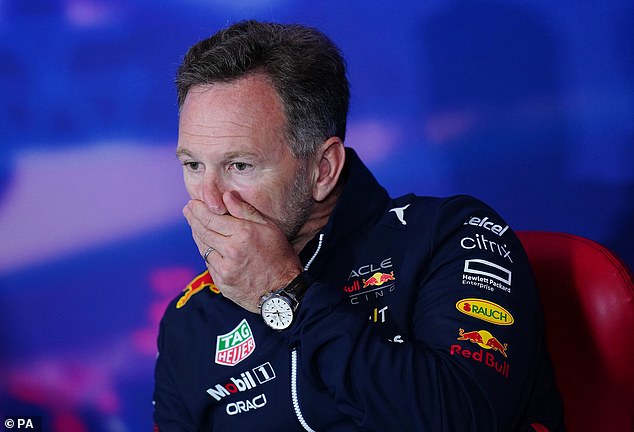 He said: ‘I do believe the sport has to do something about this because if the FIA are quite relaxed with these rules then all the teams will just go over [the budget] and spend millions more.

‘Only getting a slap on the wrist is not great for the sport. They might as well not have a cost cap in future.

‘I do believe [FIA president] Mohammed [Ben Sulayem] and his team will make the right decisions. I have to believe that. I want to give them the benefit of the doubt.

‘I am just focused on doing the best job I can, and what they have done is done. I am looking forward, and looking at how I can win another world championship.’ 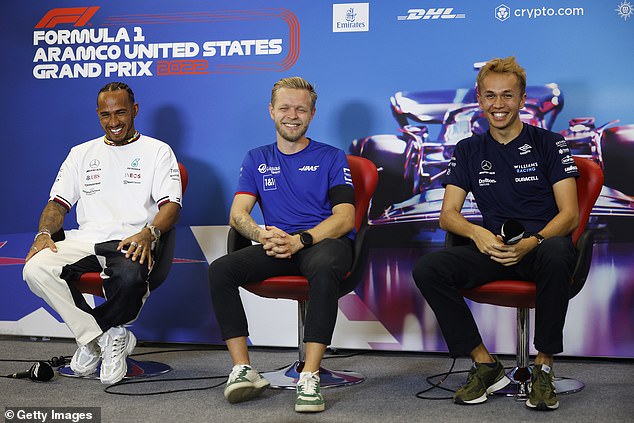 The FIA can give out a reprimand, fine, or even retrospectively deduct championship points.

The latter punishment could affect last season’s result which saw Verstappen deny Hamilton the championship at the campaign finale in Abu Dhabi. It is understood to be unlikely the 2021 title will be scrubbed.

It is understood the FIA have offered an ‘accepted breach agreement’ to Red Bull,  which would see the team admit to their wrongdoing and lose the right to an appeal.

However, it would also mean there is no chance of Verstappen being deducted championship points last season, when Red Bull carried him to a hugely controversial last-lap title win which saw him best Hamilton by just eight points. 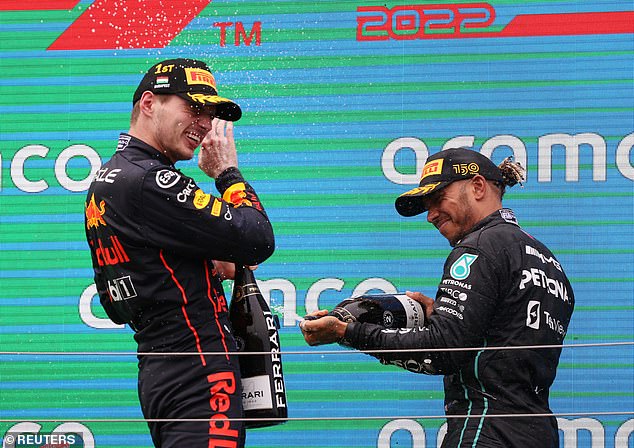 Red Bull’s Max Verstappen, who won this season’s title two weeks ago in Japan, has insisted ‘they try to slow us down in any way possible’, without offering any evidence for his claims

Red Bull can challenge the FIA’s decision, leading the case to be heard by several independent judges, with a next potential step the FIA International Court of Appeal. Both could lead to receiving a harsher punishment.

The seven-time world champion’s comments come ahead of the United States Grand Prix in Austin, Texas this weekend, the first race since Verstappen won arguably his first legitimate title in Suzuka two weeks ago.

Verstappen said: ‘From our side we have a strong belief that we were within the cost cap so that is why it keeps on going. We are discussing with the FIA to show them what we think is right.

‘We have been doing well and they try to slow us down in any way possible, but that is how F1 works. Everyone is hypocritical and I am fine with that,’ he bizarrely claimed.