Jerome d’Ambrosio is one of the most experienced drivers in Formula E, with the Mahindra star having raced at every single event since the inception of the all-electric championship in 2014. Only Brit Sam Bird and the Audi duo of Lucas di Grassi and Daniel Abt can match the Belgian’s 63 entries, with d’Ambrosio recording a trio of victories during his time in the series.

However, the 34-year-old is yet to sustain a serious title challenge despite his unquestionable pace while a combination of poor reliability and misfortune has left him playing catch-up again this season.

Two Superpole appearances and points in the opening round of Saudi Arabia’s double-header proved a false dawn with d’Ambrosio unable to start the second race due to a technical issue before a nightmare weekend in Santiago saw him blank again.

Pre-race penalties meant he started from the back of the grid in Mexico City so picking up a point at the Autodromo Hermanos Rodriguez was an excellent recovery, but poor race pace last time out in Marrakesh resulted in another fruitless weekend.

D’Ambrosio is currently 18th in the Drivers’ Standings, 64 points off championship leader Antonio Felix da Costa and realistically already out of the title picture, but still believes Mahindra have what it takes to be contenders in the future. 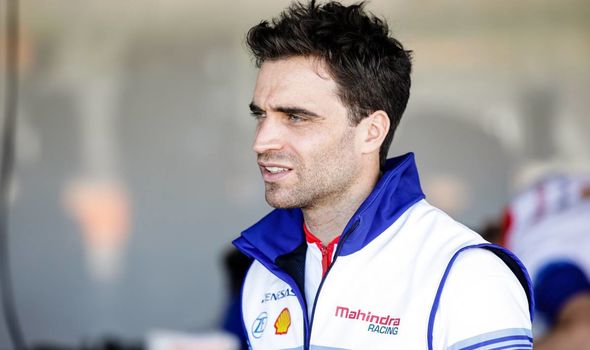 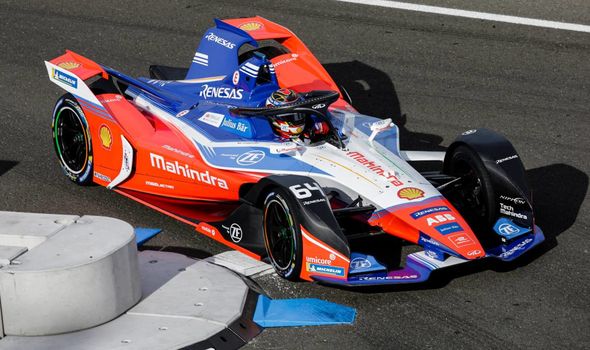 “We’ve had reliability issues and we need to be more consistent, but we definitely have the potential to be fighting at the front all the time,” he told Express Sport.

“If we manage to do that then we will be in the position to fight for the championship so I prefer to think about steps. The next step for us is bringing that consistency. We’ve brought pure performance in qualifying, but we need to bring it in race pace.

“As long as I’m in Formula E, I’m going to go for the title where I can. I’m not someone who focuses too much on the results.

“Obviously you go to a race to win, and you start a championship to win it, but you don’t focus on that. You focus on doing your best and that’s the only thing you can do. Starting to worry about it is pointless.

D’Ambrosio was speaking at an exclusive event put on by Mahindra, with competition winners and media invited to test their skills in electric karts against the three-time Belgian champion.

And his desire to win was tangible, with d’Ambrosio poring over session times and seeking ways to improve his performance despite the relaxed environment.

But the former Marussia Virgin Racing and Lotus F1 driver never lost sight of the reason behind the event, with Mahindra looking to give something back to the fans who have stuck with the Indian outfit through five-and-a-half seasons of under-dog triumphs and missed opportunities. 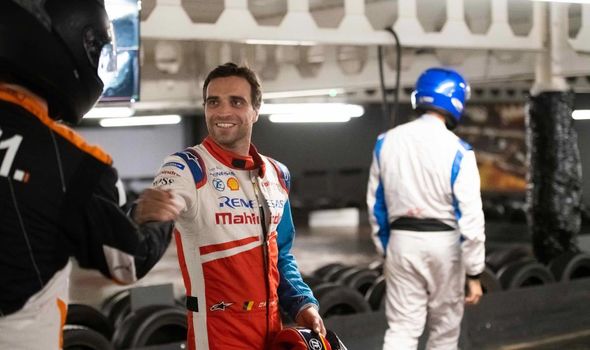 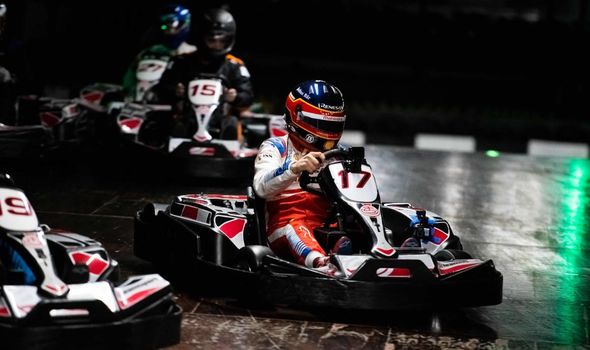 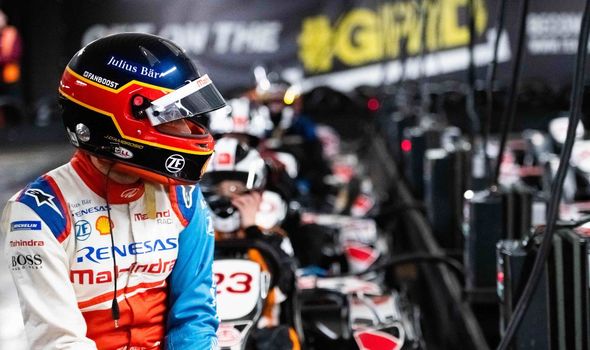 D’Ambrosio posed for photos, signed memorabilia, struck up conversations and cracked jokes with the lucky supporters, happy to provide a relatable face to what is the sometimes distant world of international motorsport.

The Belgian is a popular member of the paddock, so it is surprising that his recent Fanboost win in Marrakesh was just the second of his Formula E career.

In one of the most unique aspects of the all-electric championship, supporters can vote for their favourite driver to be awarded an extra surge of power to be used during the race.

Five drivers receive this advantage at each event, with the fans of former McLaren star and fellow Belgian Stoffel Vandoorne having secured the Mercedes driver extra help during every Formula E race of his career.

Ex-Ferrari ace Felipe Massa is another who benefits from huge backing thanks to his time in F1, so d’Ambrosio is aware that he is facing an uphill battle to sway viewers into lending him their support.

“I do like FanBoost!” he insisted. “I’ve had it twice in my career. I’m one of the guys who’s had it the least. I’m from a small country and so on but thankfully we got a lot of support for Mahindra from India and we got it [in Marrakesh].

“We have to be better and give more to the fans. There’s no way around that if you want to be relevant and have a strong following. The fans of tomorrow want to be involved. They want to feel the action, feel part of it, and the Fanboost is one way of doing it.

“I’m all for it, and I think it’s a good balance. It makes a difference – it can be a help – but if you don’t have it it’s not like you’re not going to win the race. It’s giving the fans a say in the race, helping a driver that they want to, but it’s not completely artificial. 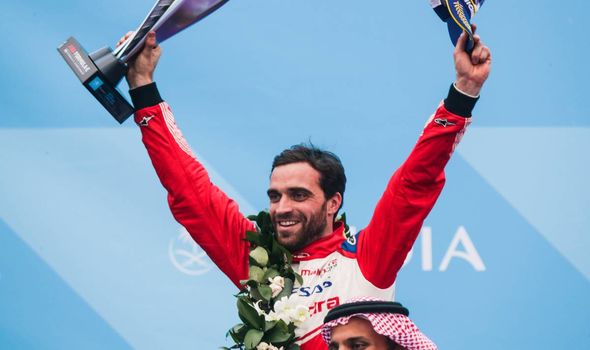 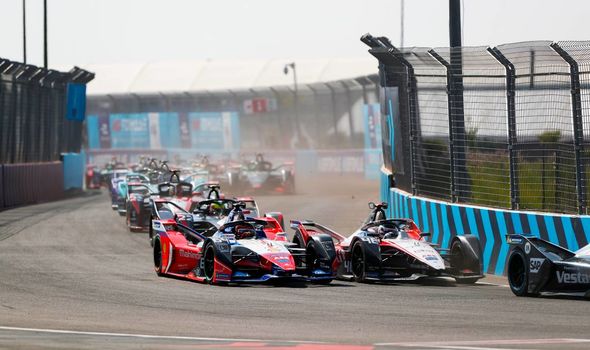 “If you want to engage with fans, you do it. If you don’t want to do it, you don’t do it. Everybody engages in different ways, and to be honest with you I’m not always the best when it comes to social media.

“I’m not the most active person. There’s Daniel Abt, who is active non-stop every day, but then I really enjoy events like this. Go-karting with the fans, and then chatting and having lunch with them. That’s what I really enjoy.

“We all interact with fans in our own ways but it’s not something I feel you should be pressured to do because in the end, if you’re not genuine I think people will feel it and they won’t particularly like you. In the end you just have to be yourself, and me on my side I could do better on social media! I know it, but I really enjoy the human contact.”

D’Ambrosio’s Formula E career to date has been one of unfulfilled potential, with the affable Belgian often finding himself in the wrong place at the wrong time.

Arriving in the all-electric series on the back of a season in Blancpain with Bentley, having previously spent the 2013 campaign testing for Lotus F1, he was immediately up to speed in the Dragon Racing team.

D’Ambrosio out-paced team-mates Oriol Servia and Loic Duval in all but one round of the campaign, and was the only driver to complete every lap and finish every race of the 2014/15 season.

He came second on the road at the Berlin ePrix and subsequently inherited his first win when Di Grassi was disqualified for violating technical regulations, before securing consecutive second places in London’s season-ending double header to vault up to fourth in the overall standings.

Two pole positions and three more podiums followed in 2015/16, including victory at the Mexico City ePrix after Di Grassi was again disqualified, as d’Ambrosio outscored Duval once more on his way to fifth in the championship. 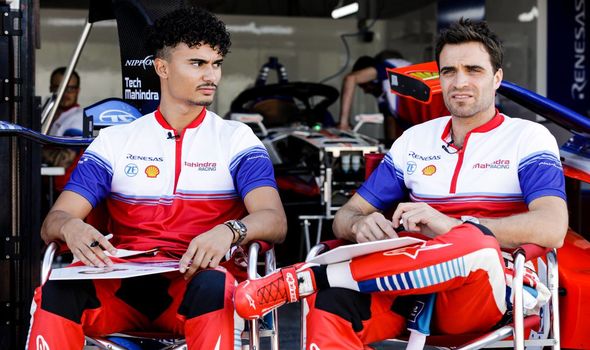 However, that momentum was lost when Dragon switched manufacturers from Venturi to Penske, resulting in just a single podium for d’Ambrosio over the next two campaigns.

A move to Mahindra at the start of 2018/19 immediately paid dividends, with d’Ambrosio on the podium in Ad Diriyah before taking his first outright win on the road in Marrakesh after the BMW duo of Da Costa and Alexander Sims collided.

The veteran was actually leading the championship after four rounds of the season but just 14 points from the remaining nine races saw his title challenge wilt.

While Envision Virgin Racing’s Bird holds the unwanted record of most Formula E wins without a championship (9), d’Ambrosio is joint-second on the list and is in danger of being labelled a ‘nearly-man’ of the fledgling series.

And the competition just keeps getting tougher, with Mercedes and Porsche joining this season and putting added pressure on smaller teams such as Mahindra to keep up, but d’Ambrosio has no intention of throwing in the towel.

“Converting pace into results is not an easy thing in Formula E,” said d’Ambrosio.

“We need to work to get there but I’m a strong believer in the fact that a small team in Formula E – if you get everything right – you can fight the big teams. We just have to keep our heads down and try to improve where we think we have to.

“I’m looking season-by-season. I don’t have any plans in racing beyond Formula E. I’m very happy where I am. I’m 34, I want to do another couple of years definitely and I want to be in a situation to have a go at the championship before I have to stop. 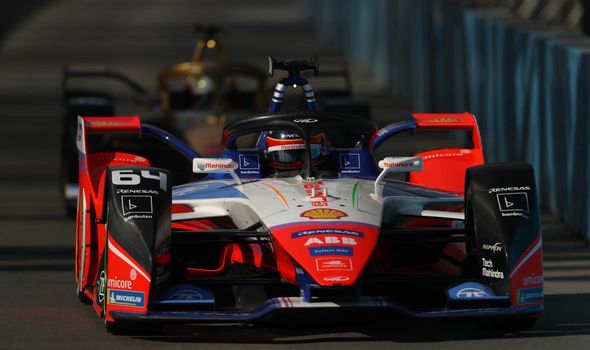 “I think I have another couple of years for sure and then that will be time for me to think about something other than racing and move on. I don’t have plans in racing, in terms of moving on to somewhere else.”

Formula E is currently in a state of flux with the Rome ePrix postponed due to the Coronavirus outbreak while the Sanya ePrix in China has already been skipped.

Upcoming events in South Korea and Jakarta are thought to be most at risk, so it remains to be seen how much of the original calendar is actually completed.

But DS Techeetah star Da Costa currently leads the championship after podiums in Santiago and Mexico City were followed up by victory in Marrakesh, and d’Ambrosio is delighted for the Portuguese driver who has endured a number of frustrating campaigns in uncompetitive machinery. 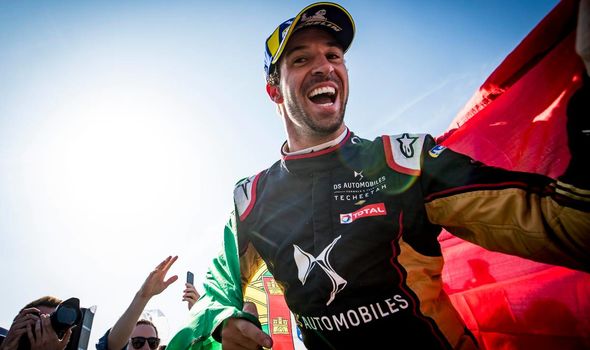 “I’m happy for him,” said d’Ambrosio. “I want to beat him definitely, I don’t like being behind him, but I have to say three years ago he was really in a difficult position.

“He was not in the best car and I think a few people had forgotten he could actually be really quick. It happens a lot in racing unfortunately. People just forget because a result doesn’t come or whatever.

“You put him in a great car like you do now, and he’s really up there. I’ll try and make sure I’m in front of him next race and all the other ones coming up, but he’s a funny guy and a nice guy. He deserves it.”

The parallels between d’Ambrosio and Da Costa are striking, but can Mahindra produce a package that allows the Belgian to deliver a reminder of his talents?