Ralf Schumacher has demanded Alpine doesn’t put “obstacles” in the way of Oscar Piastri’s move to McLaren after losing out on the Australian youngster. Schumacher has blasted the French manufacturer for being a “sore loser” and blamed team boss Otmar Szafnauer for not issuing the former F2 star a contract earlier.

Former Williams star Schumacher even claimed he would have done the same thing if he had been in Piastri’s shoes as he defended the young talent. It is understood Alpine had an option on Piastri until the end of July when his contract expired.

Days later Fernando Alonso announced his intention to join Aston Martin for 2023, leaving Alpine to promote Piastri to its race seat, However, Piastri denied a contract had been signed after it emerged he was in talks with McLaren.

It has also emerged Daniel Ricciardo was told by McLaren bosses of their intention to part ways after the Hungarian Grand Prix. But F1’s Contract Recognition Board (CRB) has claimed both deals are valid which could see the drama end in court.

Schumacher told Sky Germany: “Piastri has done everything right. Now we can only hope that the sore loser – in this case Alpine – doesn’t put obstacles in the boy’s path.

“Piastri was with them, they had everything in hand, all they had to do was give him a contract. I’m sorry. I like Otmar, but he will be disappointed in his own performance, that he didn’t see it coming with Alonso and that he doesn’t have a plan B. That’s the embarrassing thing about the whole saga.

“Accordingly, he has to blame himself. Oscar did nothing wrong. At the end of the day, Alpine could have questioned Alonso earlier and made it clear to Piastri that they would be relying on him in the future. He won Formula 3 in his first year, and Formula 2 as well. What should he be waiting for? I would have done the same if I had been offered a job.” 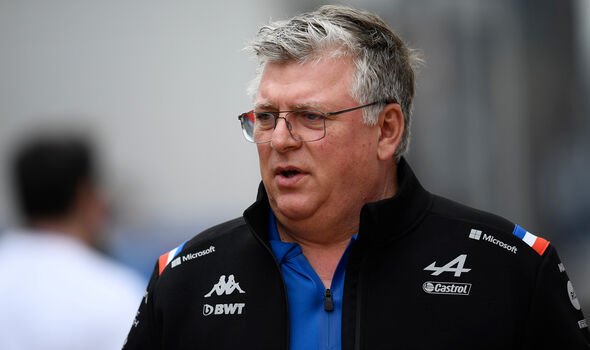 Alpine are angry after spending money and effort helping Piastri’s career up to this stage. He has spent time behind the wheel of Alpine cars in test sessions at Abu Dhabi last year and Silverstone in June.

Szafnauer even claimed that he “expected more loyalty from Oscar than he is showing”. However, Schumacher hit back at Szafnauer and suggested it was “criminal” to let one of F1’s jewels slip through their fingers.

He added: “When you have such a jewel, it’s criminal to let him go. If you’re then unable to get the contracts right yourself, you can’t blame the young man. You also have to remember one thing; Piastri’s manager Mark Webber has a very, very close relationship with McLaren team boss Andreas Seidl.”