F1 chiefs have been handed a timely boost ahead of this month’s Bahrain Grand Prix with the Gulf state’s government set to waive a ban on attendees who’ve been to coronavirus-hit countries within 14 days of the race weekend. F1 personnel travelling from high-risk countries, including Italy, will be extensively screened upon their arrival in Bahrain, rather than having to stay away.

Ferrari, AlphaTauri, Haas and Alfa Romeo – as well as tyre suppliers Pirelli – were all set to be impacted if team members and support staff could not travel to Bahrain.

However, their personnel will now be able to enter the country providing they pass a rigorous set of tests to ensure they are not carrying the deadly coronavirus.

The Bahrain International Circuit said on Tuesday it was putting in place “specific measures” for teams, administrators, broadcasters and media.

It asked for the names and flight details of anyone who had visited or transited through a number of countries, including Italy, or who was planning to arrive via the United Arab Emirates.

Similar screening will be in place in Melbourne ahead of March 15’s season-opening Australian Grand Prix, while F1 chiefs are working to put a similar system in place for April’s inaugural Vietnam Grand Prix in Hanoi.

On Wednesday, F1 chief Ross Brawn insisted a world championship race could not be held in any country denying access to teams due to coronavirus restrictions.

“If a team is prevented from entering a country we can’t have a race,” Brawn said. “Not a Formula 1 world championship race, anyway, because that would be unfair.

“Obviously if a team makes its own choice not to go to a race, that’s their decision.

“But where a team is prevented from going to a race because of a decision of the country then it’s difficult to have a fair competition.” 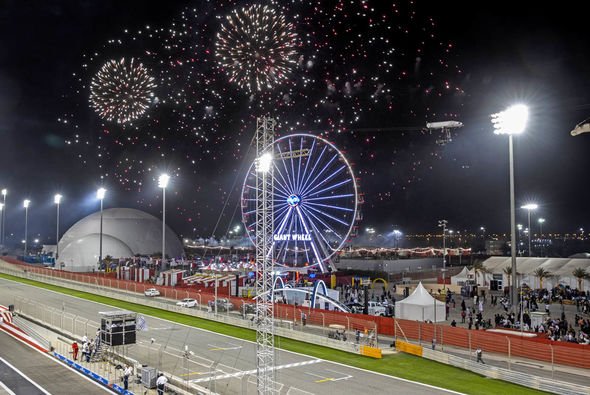 Brawn confirmed talks were ongoing with Vietnamese health authorities to ensure the maiden race on the Hanoi Street Circuit can go ahead as planned.

“They want the race to happen but also they’ve got to protect their population,” Brawn added. “So we’re looking at what solutions we can find to make sure everybody is comfortable with the arrangements.

“There’s a lot of things going on at the moment and it changes on a day-by-day basis. It’s difficult to be definitive now but we’re going to find solutions.”

Some F1 teams have changed their travel arrangements for the upcoming races in Melbourne, Bahrain and Hanoi to avoid coronavirus-hit countries.

And Brawn said competitors had been asked to send as few staff as possible to the Grands Prix to minimise the risks involved.

“It’s a very serious situation, so I don’t want to underplay it,” Brawn said. “But we’re trying to have races. We’ve got to do them in a responsible way.

As it stands, only the Chinese Grand Prix in Shanghai has been postponed due to the coronavirus outbreak which has claimed more than 2500 lives globally.