Formula One supporters have slammed bosses for including three races in the United States next year with many taking aim at the Miami Grand Prix, which made its debut in May. Next season, F1 will visit three American venues with the new Las Vegas race set for November.

It comes as teams were also left annoyed at the FIA for its shock calendar announcement this week. Twitter user @myorangespines said: “Ugh, three American tracks is not needed, for the fans.

“So many better tracks than Miami and Las Vegas.” He later suggested Miami’s track was “incredibly boring” when others commented underneath his statement.

@jamesonLongfel2 also took aim at the Miami circuit, posting: “It’s too much money for ALL teams to spend on an objectively bad circuit. If you want to make Miami America’s Monaco, swap it with the Vegas race next time.”

@thusi_zhota commented: “It doesn’t seem fair really to have three races in one country when Africa doesn’t have a single race or a single thing.” The season is set to start on March 5 in Bahrain followed by Saudi Arabia and Australia.

China returns to the calendar in April with the first US race in Miami on May 7. The United States Grand Prix at the Circuit of the Americas is set for October with the new event in Las Vegas confirmed as the penultimate round of the season with a Saturday night race.

The championship will then end a week later on November 26 in Abu Dhabi. Twitter user @geordie_hammer wrote: “Just a reminder that FIA F1 is no longer about decent tracks, racing and the fans. 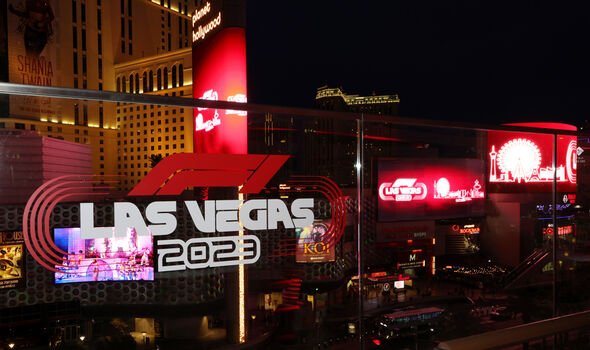 @luxuriousflava added: “Miami has zero appeal especially after that procession this year. Vegas doesn’t look any better. USA shouldn’t have a race for each time zone. One race per country.” F1 teams have also hit back at the calendar after it was posted without having had approval.

It is believed constructors are also yet to give their consent to a triple header of flyover races which includes the United States Grand Prix. According to The Guardian, a source from one team claimed the FIA’s attitude was “unacceptable”.