The Race All-Star Esports Battle returns this weekend following the success of last Sunday’s race. The event was created by multimedia company The Race after F1’s Australian Grand Prix was called off due to the coronavirus outbreak.

The Race say the inaugural event had a combined total of 12.1 million minutes watched on their YouTube channel, with fan engagement reaching nearly 30,000 combined comments plus millions of impressions on social media.

Verstappen has withdrawn from today’s race but former Renault driver Nico Hulkenberg will be joining a packed entry list.

The second edition of the All-Star Esports Battle will be held on the Indianapolis Motor Speedway road course on rFactor 2. 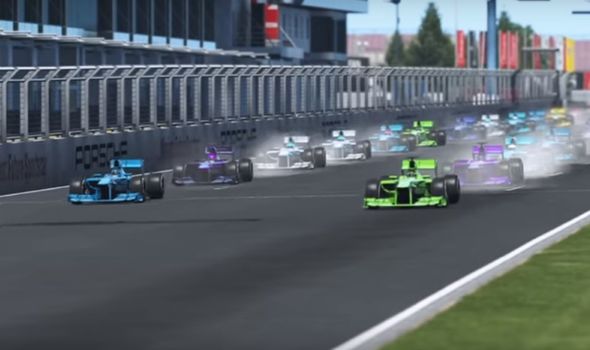 Torque Esports president and CEO Darren Cox said: “Esports racing was already in a dramatic growth phase, but given the current global situation with COVID-19, the ‘stay at home economy’ is booming.

“But we’re committed to working with the motorsport community around the world to create this incredible spectacle.”

What time does the All-Star Esports Battle start?

The virtual F1 event is scheduled to get underway at 5pm GMT.

How can I watch the All-Star Battle?

Fans can live stream the action via The Race’s YouTube channel.