The F1 season is just a few, short months away now, with drivers expecting to get their campaign underway at the end of March. But some contracts are still yet to be ironed out by manufacturers. Who will be on the grid for the first race of the season?

Lewis Hamilton raced to his seventh world title in 2020, equalling the record set by Michael Schumacher.

He won 11 of the season’s 17 races, securing podium finishes on 14 occasions.

But despite his heroics, he’s still yet to agree a new contract with Mercedes for the 2021 season.

The Brit is still expected to line up for them this season, however, alongside team-mate Valtteri Bottas.

Mercedes remains the only team yet to have two drivers signed up with contracts.

They’ve confirmed that Bottas will once again be driving their number 77, but Hamilton’s spot is still up for grabs.

Elsewhere, Charles Leclerc will continue will Ferrari for the 2021 season.

He’ll be joined by a new partner for the campaign, after Carlos Sainz Jr made the switch from McLaren.

Perez replaces Alex Albon, while Max Verstappen keeps his place in the team.

Sebastian Vettel has swapped to Aston Martin for 2021, as it makes a comeback to F1 for the first time in 60 years.

The former Red Bull and Ferrari star will partner Lance Stroll for the campaign. 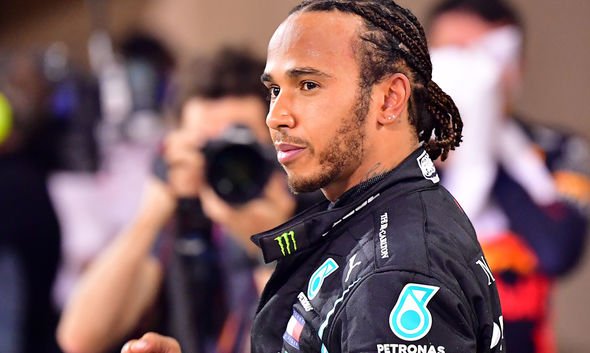 The F1 season is set to get underway on March 28 this season – a week later than normal.

The season’s traditional curtain-raiser – the Australian Grand Prix – will be later in the year, with drivers starting their season in Bahrain.

The British Grand Prix has been scheduled for July 18 this year, once again taking place at Silverstone.

F1 drivers confirmed for the 2021 season