Esteban Ocon believes Mercedes might have waited until his time with them was up to develop the Dual Axis Steering (DAS) system aimed at giving Lewis Hamilton and Valtteri Bottas an edge over their rivals. Mercedes rolled out the innovation for the first time at pre-season testing in Spain in February.

The system changes the toe angle of the front wheels on the W11 through the drivers pulling and pushing their respective steering wheels.

The benefits of tweaking the angle of the wheels are thought to include better control of tyre temperature.

Ocon, who is a graduate of Mercedes’ junior driver programme, was a test driver for the Silver Arrows in 2019 having left Racing Point the year before.

But he insists he was in the dark about the DAS innovation and he’s theorised it may have been worked on after his move to Renault for the 2020 F1 season was confirmed.

“I swear I didn’t know about it,” Ocon told French broadcaster Canal Plus. “Either they were very, very smart and didn’t show me the effect of the system, or they came up late and designed it when I was gone, when I was stuck between Renault and Mercedes.

“Either they did it then or they were very smart but it is likely that they came up with this system at the end of the year.”

Pressing forward with DAS represented something of a risk for Mercedes, who have reigned over F1 for the past six years and are desperate to continue their dominance.

They showed no ill effects after implementing it in testing, though, with Bottas setting the fastest lap time at the Circuit de Catalunya and Hamilton impressing.

Max Verstappen in the dark about DAS 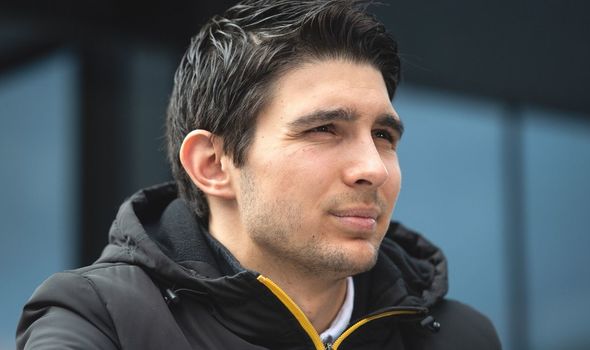 Ocon believes Mercedes will have tested the system in the simulator before taking it to the real-world track to ensure it would work as planned.

“Without a doubt, they tested it in the simulator,” Ocon said.

Mercedes were planning to utilise DAS at the opening race of the season in Australia earlier this month.

However, the Melbourne meet and the subsequent seven Grands Prix have all been called off due to the coronavirus pandemic.

The earliest date on which Hamilton will be able to begin his sixth F1 title defence is now June 14 at the Canadian Grand Prix.