Lewis Hamilton saw off a challenge from his rivals to claim the 98th pole of his F1 career for his first race as seven-time world champion at the Bahrain GP.

Hamilton topped all three qualifying sessions under the Sakhir lights and was ultimately untouchable in the decisive Q3 phase to seal his 10th pole of the year from Mercedes team-mate Valtteri Bottas by 0.289s with a lap of 1:27.264

Max Verstappen had been Hamilton’s closest challenger up to the final laps but was demoted to third by Bottas, 0.414s off pole.

Alex Albon recovered from his costly crash on Friday to ensure a second-row lockout for Red Bull in an important, if distant, fourth place – fractionally ahead of Racing Point’s Sergio Perez, who is vying for the Thai driver’s seat.

Perez was just half a tenth behind the Red Bull to win the midfield fight for Racing Point from Renault pair Daniel Ricciardo and Esteban Ocon, who themselves were split by a mere 0.002s.

McLaren suffered disappointment though as, despite strong form through practice, Lando Norris was their lead runner in ninth after Carlos Sainz spun out at the start of Q2 with an apparent technical problem on his car. 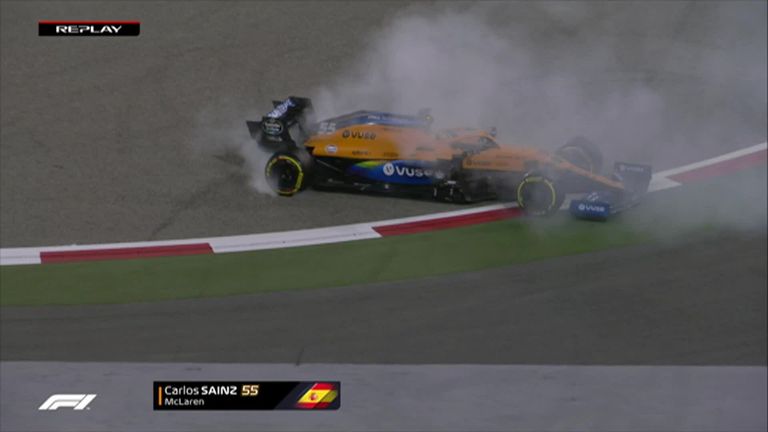 Sainz will start no higher than 15th.

Ferrari locked out the front row on F1’s last visit to Bahrain in March 2019 but, despite showing recent improvement with the SF1000, the power-sensitive track again laid bare their 2020 frailties and both their drivers were knocked out in Q2.

Britain’s George Russell starred on Saturday again for Williams to make Q2 for the ninth time this year, the Briton qualifying 14th on a day team-mate Nicholas Latifi was slowest of all. 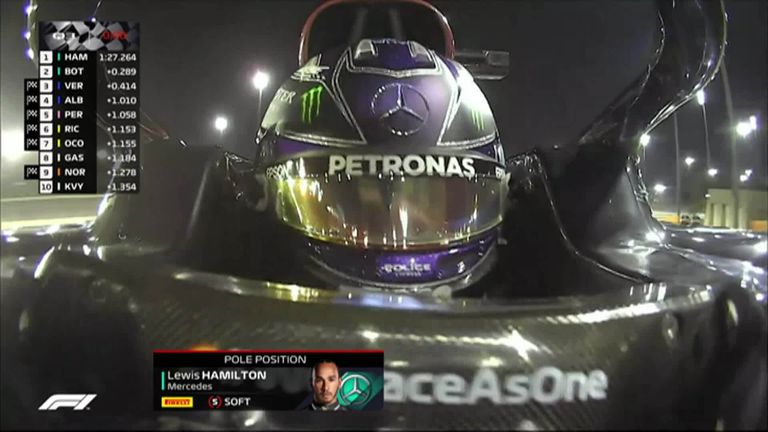 Two weeks after equalling the most prestigious record in F1 with his seventh world championship title, Hamilton has shown no let-up on the stopwatch throughout the Bahrain weekend so far.

With further records still in sight in the final three races of this year – such as equalling Michael Schumacher and Sebastian Vettel’s tallies for the most wins in a single F1 season – Hamilton still has tangible goals to target.

“I really didn’t celebrate [my seventh title] too much to be honest,” said Hamilton. 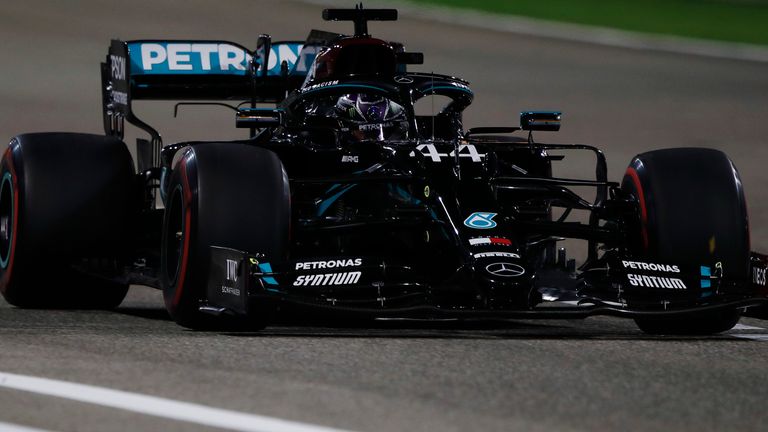 “That’s because I was training and keeping my mind and eye on the ball.

“This is a continuation of what we’re able to achieve as a team, I continue to be amazed by my guys.”

Verstappen, who had topped final practice, was second to Hamilton in Q2 and then again in the first runs of the pole shootout, but could not quite generate the grip from his soft tyres to break up the Mercedes front row.

“My lap was pretty good,” said the Dutchman, who has qualified third nine times in 15 races this year.

“Just lacking a bit of rear grip in the lower speed corners for my liking. But overall I think it was a decent qualifying – let’s see how we go tomorrow in the race because it’s very hard on tyres.

“I hope we made the right compromise for that.”