Sergio Perez continued Red Bull’s strong start to the Azerbaijan GP weekend by setting the pace in Practice Two, with Mercedes surprisingly outside the top 10 and well off the pace in a session that also saw Charles Leclerc crash his Ferrari again.

Fresh off hugely contrasting weekends in Monaco as Red Bull took the championship lead off a below-par Mercedes, the title challengers were expecting the title holders to bounce back around the high-speed Baku streets – but Friday’s running has suggested anything but.

Perez led an impressive Red Bull one-two in second practice to back up Max Verstappen’s fastest time in the opening session – with Lewis Hamilton and Valtteri Bottas all the way down in 11th and 16th.

Hamilton was one second off Perez’s 1:42.115 while Bottas finished two seconds back.

A clearly agitated Hamilton, who also struggled in Monaco, told his Mercedes team over the radio: “I don’t really know where all the time is if I’m honest.” 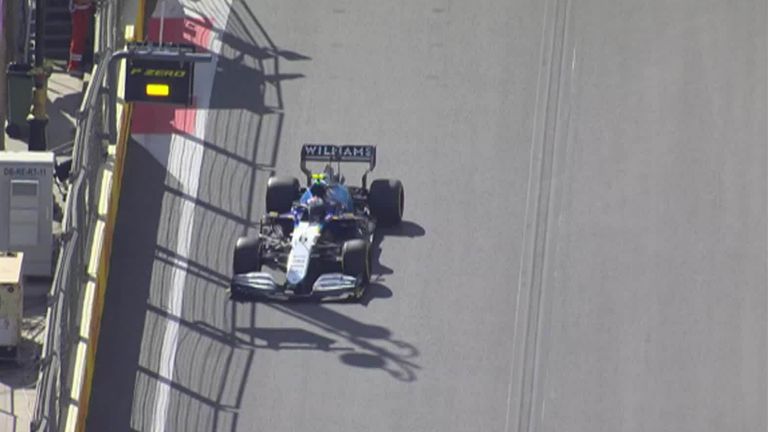 In Mercedes’ absence at the top of the timesheets, Ferrari provided the biggest threat to Red Bull on Friday and Carlos Sainz and Charles Leclerc were close to championship leaders in third and fourth in P2.

But Leclerc’s session was soured by a crash into the barriers at Turn 15 – which broke his front wing off while also ruining a lap that may well have been enough for the fastest time of the day.

Leclerc also crashed his Ferrari two weeks ago in Monaco, and two years ago at the same Baku circuit.

Pierre Gasly was also very competitive in his AlphaTauri in fourth, while Fernando Alonso seems to be hitting form as the Spanish two-time champion finished Friday in sixth.

Antonio Giovinazzi was a surprise name in the top-seven in his Alfa Romeo, with Lando Norris the faster McLaren in eighth. Daniel Ricciardo, who was quicker than Norris in P1, was 13th in second practice.

Nicholas Latifi caused the only red flag of the session after grinding to a halt in his Williams due to an engine failure.