The FIA has dismissed Aston Martin’s request for a review of Sebastien Vettel’s disqualification from the Hungarian Grand Prix.

Vettel was stripped of second place in the August 1 race at the Hungaroring following a fuel infringement, with stewards unable to take the required litre sample from the German’s car.

Aston Martin subsequently appealed, while also seeking a ‘right of review’ – something the FIA on Monday denied. The team could still continue with its appeal. 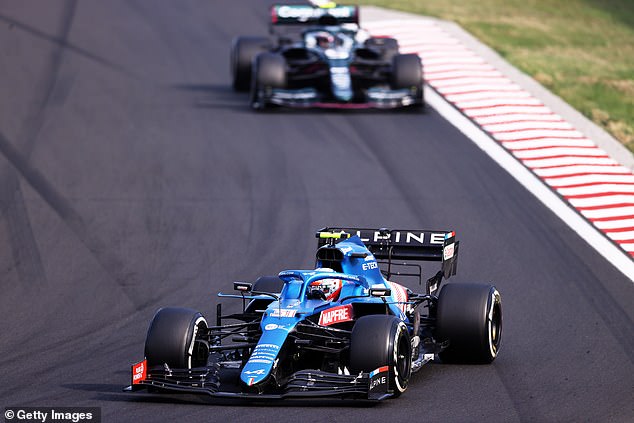 ‘Under F1’s rules, in order to secure a right to review, the team must show ‘significant and relevant new’ evidence to the stewards.

‘After the hearing the FIA revealed that Aston Martin had discovered that a faulty fuel pump meant a ‘significant amount of fuel was inadvertently discharged from the fuel cell of Car 5’, meaning FIA personnel could only extract 0.3 litres.

‘This was accepted as ‘new evidence’ but in their decision document, the stewards said it was irrelevant why there was less than 1.0 litres of fuel in the car – writing that in order to secure a right of review: ‘Aston Martin would have had to present facts that actually more than 1 litre of fuel was remaining. 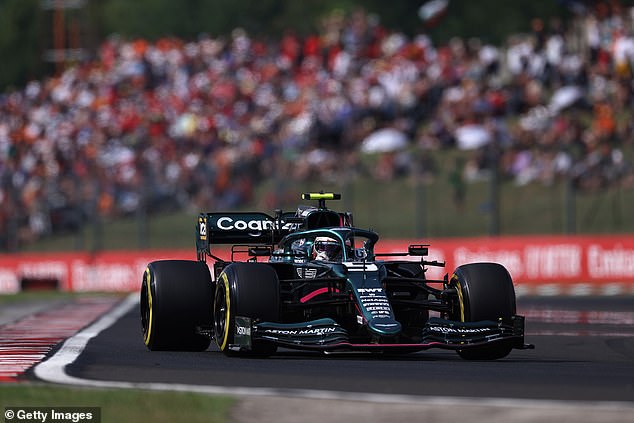 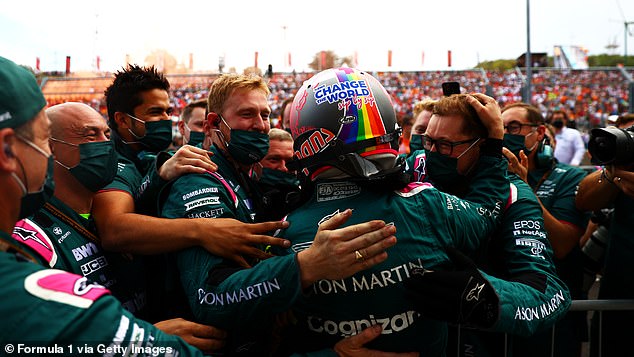 ‘The explanation why this requirement could not be met is not relevant to the decision as to whether a breach of the regulations has occurred.’

‘Therefore the officials dismissed the request for a right of review, which means Vettel’s disqualification from the race stands – though that could still change if Aston Martin continue with their appeal, which is a separate process.’

The disqualification saw Lewis Hamilton’s lead over second-placed Max Verstappen in the Formula One championship standings improve from six points to eight, with the British driver being promoted from third in Hungary to runner-up.

F1 has broken for its traditional ‘summer shutdown before the next round at Spa-Francorchamps in Belgium on August 29.