A report in the Washington Post has quoted a former cheerleader who claims Washington Football Team owner Dan Snyder invited her to a hotel room with one of his friends, and that videos were made for the owner showing sensitive material following a film shoot in 2008 involving cheerleaders. Snyder released a statement denying those specific allegations and said he was unaware of the incidents until now.

The latest allegations follow a previous report in the Post last month which quoted 15 female former employees who said they were sexually harassed during their time with the team.

Washington and the NFL have confirmed an independent investigation is being conducted into all reported allegations. 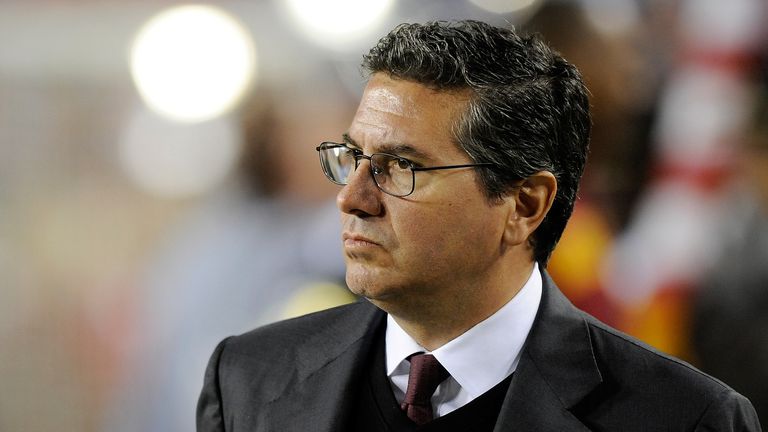 In a statement, Snyder said: “The behaviour described in the Washington Post’s latest story has no place in our franchise, or in our society.

“While I was unaware of these allegations until they surfaced in the media, I take full responsibility for the culture of our organisation.

“I do not have any knowledge of the ten-year-old videos referenced in the story. I did not request their creation and I never saw them. There are employees on the record stating that this did not happen. The unnamed sources who claim it did happen are relying on three degrees of hearsay.

“After an extensive review of our video archives, we believe these videos to be unauthorised or fraudulent. We requested that the Post provide us with copies of these videos to be forensically evaluated and authenticated, but the Washington Post refused to do so.”

NFL commissioner Roger Goodell said in a statement: “We strongly condemn the unprofessional, disturbing and abhorrent behaviour and workplace environment alleged in the report which is entirely inconsistent with our standards and has no place in the NFL.

“An independent investigation into these issues is in process. When the investigation concludes, we will review the findings and take any appropriate action at that time.”