Ronald Jones rushed for a career-best 192 yards and a 98-yard touchdown as the Tampa Bay Buccaneers dismantled the Carolina Panthers 46-23 in a ruthless response to their Week Nine humiliation against the New Orleans Saints.

Tom Brady channelled any lingering frustration from his three-interception outing by finishing 28 of 39 for 341 yards and three touchdowns, with Chris Godwin leading the way with six catches for 92 yards in contribution to 543 total yards on offense.

The Panthers, missing lead running back Christian McCaffrey, were bright in the first half behind a near-perfect Teddy Bridgewater and aggressive play-calling from offensive coordinator Joe Brady, but seemed to fade after the break. 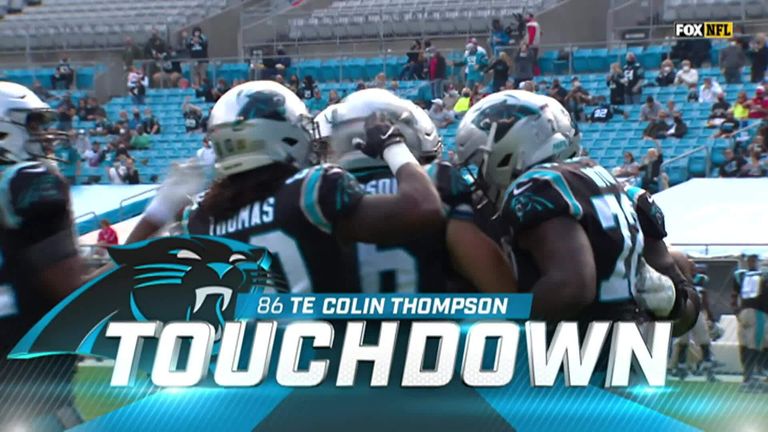 Having recovered Shaq Thompson’s forced fumble on the Bucs’ opening drive, the Panthers took the lead courtesy of tight end Colin Thompson’s first career touchdown on his first career NFL touch as he hauled in a seven-yard pass from Bridgewater.

Brady replied with a five-yard touchdown pass to Cameron Brate in tight coverage on the goalline, making amends for an overthrown back shoulder fade to an open Antonio Brown for a would-be score.

Excellent play-design then saw the Panthers exploit the Bucs defense’s blitz as DJ Moore made use of blockers ahead for a 14-yard touchdown catch-and-run. 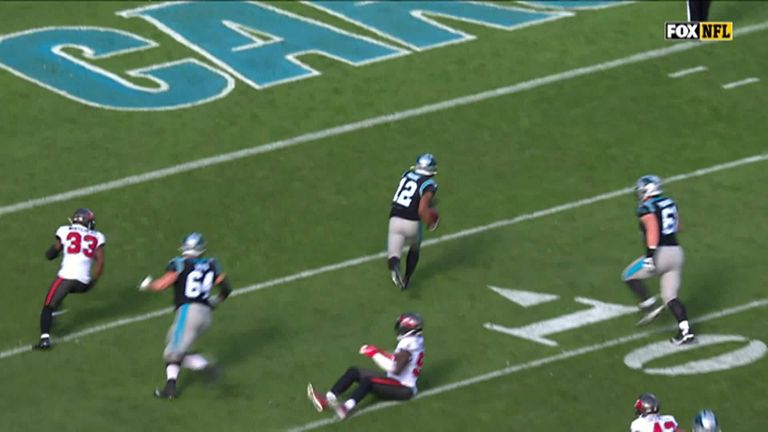 The Bucs were forced to settle for a 23-yard field goal from Ryan Succop in response after Brady had failed to connect with Mike Evans in the end zone, before the Panthers’ 10-play drive also ended in a 46-yard Joey Slye field goal.

It was all square at 17-17 late in the half when Evans produced strong hands and neat footwork to stay inbounds for a three-yard touchdown catch to cap a drive that had seen Brady and Rob Gronkowski link up for 44 yards. 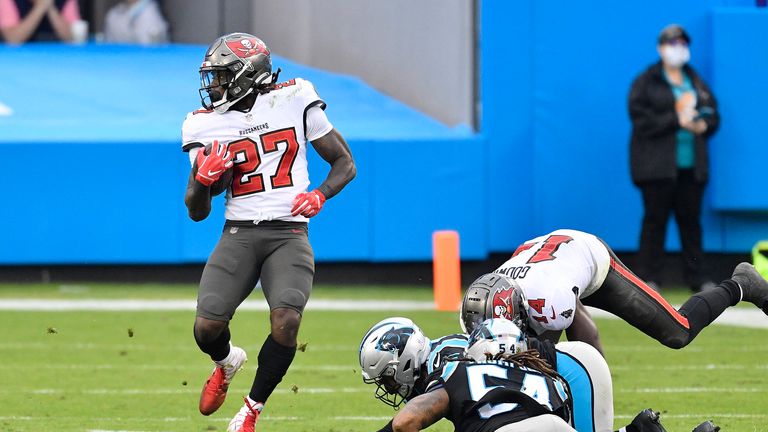 Succop’s 24-yard field goal handed Tampa the lead for the first time, which was extended moments later when Jones punched a hole before racing away for a 98-yard rushing touchdown – the longest in franchise history.

The Bucs strengthened their grip on the next drive as Jason Pierre-Paul intercepted Bridgewater to set up a drive ending in a 21-yard Succop field goal.

Carolina had enjoyed success on the fake punt in recent weeks, but the Bucs refused to be fooled as punter Joseph Charlton was stuffed while attempting to run it on fourth-and-five from the Panthers’ own 40, from which Tampa went on to kick a 40-yard field goal. 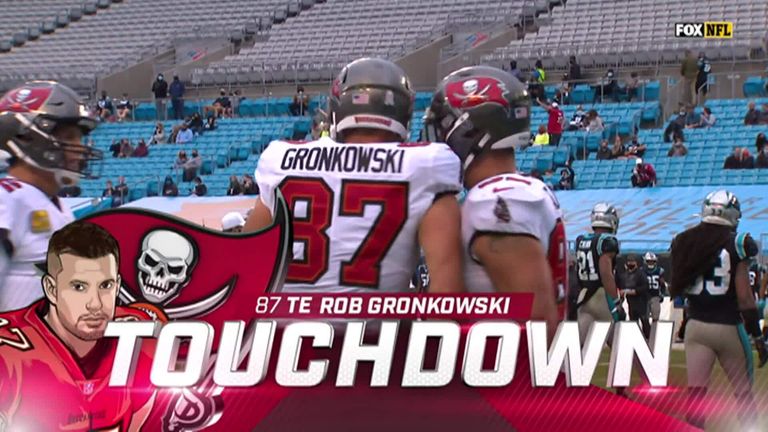 Bridgewater sparked hopes of a revival by stretching over for a three-yard touchdown after Trenton Cannon’s 98-yard kickoff return, however, it remained a two-score game as the Panthers failed to convert the two-point attempt.

Brady snuck over for a one-yard touchdown to move the Bucs closer to victory, before floating a seven-yard score to Gronkowski as the Panthers removed Bridgewater from the game to receive treatment on a right knee problem.

Sky Sports NFL is your dedicated channel for NFL coverage through the season – featuring a host of NFL Network programming, a new weekly preview show as well as at least five games a week and NFL Redzone, you won’t miss a moment. Don’t forget to follow us on skysports.com/nfl, our Twitter account @SkySportsNFL & Sky Sports – on the go!