Xander Schauffele produced an impressive birdie run to open up a three-shot lead at the halfway stage of The CJ Cup at Las Vegas.

Schauffele posted six straight birdies on his way to a blemish-free 64 in good scoring conditions at Shadow Creek, taking him to 14 under and pulling him clear of nearest challenger Tyrrell Hatton.

Hatton, the overnight leader, birdied his final two holes to post a four-under 68 and jump into second ahead of Russell Henley, with Talor Gooch six strokes back in fourth after a bogey-free 65. It was a nice stretch,” Schauffele said about his birdie run. “Got a little bit stale there on the other side. Pace of play slowed down a lot, kind of hot and it’s easy to let the mind wander. Upset I didn’t make more birdies, but pleased I didn’t make any bogeys.”

Starting on the back nine, Schauffele missed a four-foot birdie opportunity at the tenth but holed one from a similar distance at the next and fired his tee shot at the par-three 13th to tap-in range.

Schauffele holed further birdies from 25 feet at the 14th and 35 feet at the 15th before getting up and down from the fringe to pick up another shot at the par-five 16th and then chipping in from off the 17th green.

The world No 8 reached the turn in 29 after draining a 15-footer at the 18th for a sixth consecutive birdie, only to see his run end with a two-putt at the first. Schauffele made a 15-footer at the seventh to extend his lead, before converting a ten-footer to save par on his final hole. 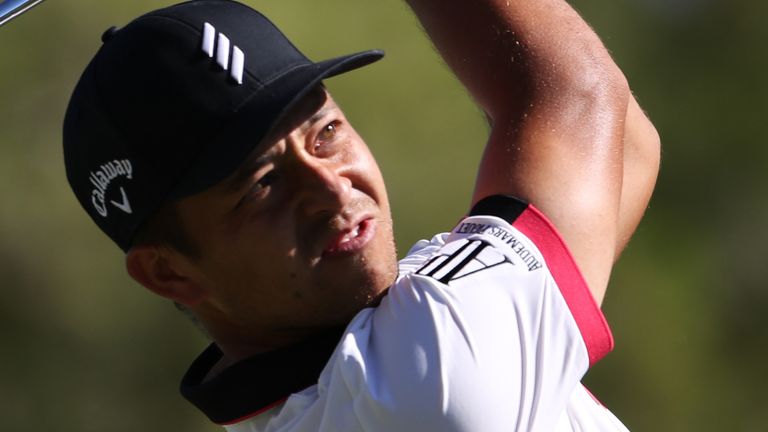 Hatton had set the pace after an opening-round 65 and continued his strong start with a birdie at the fifth and back-to-back gains from the seventh, only to bogey the 11th after failing to get up and down from the greenside bunker.

The Englishman responded with a 25-foot birdie at the next and rolled in a 10-footer at the 14th, before cancelling out successive bogeys from the 15th by producing a birdie-birdie finish to get back to 11 under. 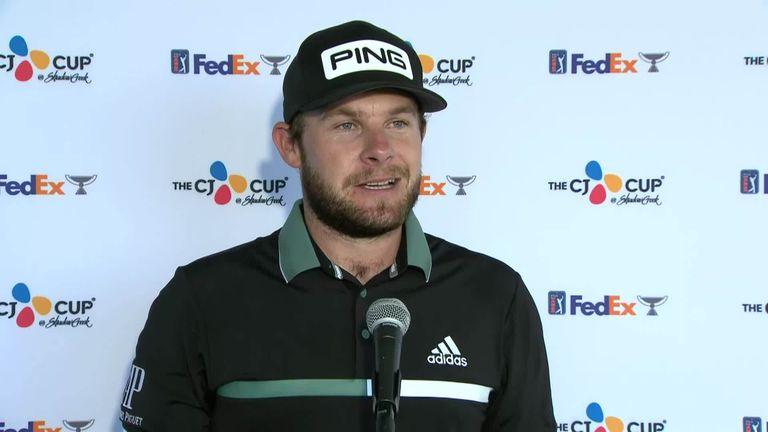 PGA Champion Collin Morikawa jumped within six of the lead after a bogey-free 65 and Matt Fitzpatrick sits a further shot back despite a double-bogey and two bogeys over his closing five holes, while defending champion Justin Thomas heads into the weekend tied-eighth after a six-under 66.

Jon Rahm – the highest-ranked player in the field – struggled to a one-over 73 to drop back to four under, with Rory McIlroy a further two strokes behind after mixing seven birdies with four bogeys in an eventful 69.

Watch The CJ Cup throughout the weekend live on Sky Sports. Live coverage continues with Featured Groups on Saturday from 5.45pm, ahead of full coverage from 10pm on Sky Sports Golf.