Here are 10 statistical nuggets from Friday’s Round 2 of the 120th U.S. Women’s Open on the Cypress Creek and Jackrabbit Courses of Champions Golf Club

1: For the second consecutive year, a player from Japan making her US Women’s Open debut holds the outright 36-hole lead. Last year at Country Club of Charleston, Mamiko Higa led by one stroke after a two-day score of six under par. This week, it’s Hinako Shibuno, who last year won the Women’s Open in her first start in that championship. Shibuno is trying to become the fifth player to win in her US Women’s Open debut, and first since In Gee Chun five years ago.

2: Shibuno leads by three strokes, the sixth time since 2000 that a player has led by three or more at the halfway point. Only two of the previous five leaders in that group – Karrie Webb in 2001 and Michelle Wie in 2014 – went on to win. The last player to lead the US Women’s Open by more than three strokes through 36 holes was Mhairi McKay, who led by four in 2003. She would finish tied for sixth. 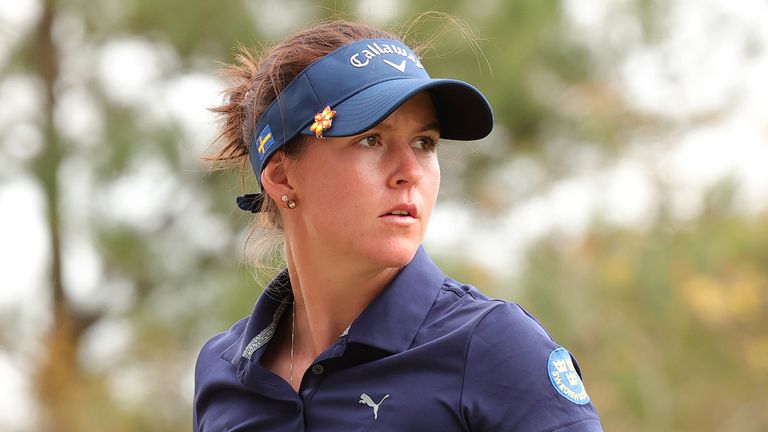 3: Linn Grant shot her second consecutive round of 69 on Friday, becoming just the second amateur in US Women’s Open history to begin the championship with back-to-back rounds in the 60s. Three years ago, Hye-Jin Choi did it at Trump National en route to a runner-up finish. Grant, who played the par-fives in three under, has missed only eight greens in regulation through two rounds.

4: Another amateur, Kaitlyn Papp, is looking for history in her home state. The Austin, Texas native and All-American at the University of Texas shot a second-round 68, and is four shots off the lead entering the weekend. No amateur has led this championship through 36 holes since Carole Semple Thompson in 1978, and the only amateur to win is Catherine Lacoste in 1967. This marks the first time there are multiple amateurs in the top 10 of the US Women’s Open through 36 holes since 2014. 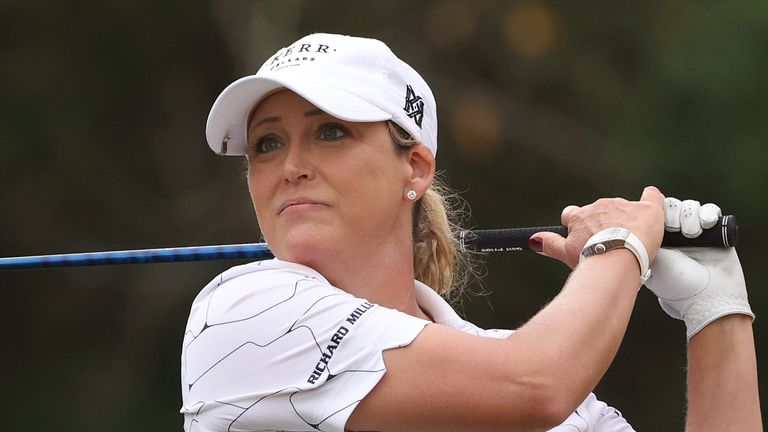 5: One past champion’s perseverance is not just inspiring, but has her in contention headed to the weekend. 2007 US Women’s Open champion Cristie Kerr shot 69 Friday despite undergoing extensive treatment for injuries suffered in a golf cart accident last week. Incredibly, Kerr leads the field in greens in regulation through two rounds, with 30 of 36 (83 percent). At T6, Kerr has her best 36-hole position in the US Women’s Open in eight years.

6: Both Ariya and Moriya Jutanugarn find themselves in contention. With a win this week, Moriya and 2018 US Women’s Open champion Ariya would propel themselves into some USGA sibling history. Only two pairs of sisters have ever won USGA championships: Harriot and Margaret Curtis, who both won the Women’s Amateur more than 100 years ago, and Hollis Stacy and Martha Stacy Leach. Hollis is a six-time USGA champion, while Leach won the 2009 US Women’s Mid-Amateur.

7: Stacy Lewis, who grew up just outside Houston, shot a 68 on Friday, one stroke off the low round of the day. This is the sixth time in Lewis’ career that she has been inside the top 10 at the US Women’s Open through 36 holes, but the first time it has happened in five years. Today was Lewis’ ninth round in the 60s at this championship since 2010, one shy of the most such rounds in that span (So Yeon Ryu, 10 rounds). 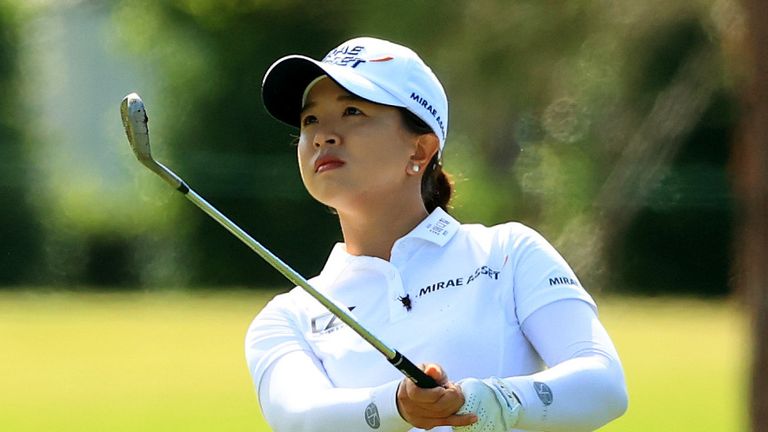 9: World No 2 Sei Young Kim leads the field with 12 birdies through two rounds. Unfortunately for Kim, she has also made seven bogeys and a quadruple-bogey, leaving her six strokes off the lead entering the weekend. While six strokes sounds like a big hill to climb, seven US Women’s Open champions since 1990 have been six shots back – or further – through two rounds.

10: Recent history says there is still a long way to go to decide a winner. No 36-hole leader or co-leader has won the US Women’s Open since Michelle Wie in 2014. Each of the last five champions was at least three strokes back at the halfway point, with two of them (Brittany Lang in 2016 and Sung Hyun Park in 2017) coming from seven shots off the lead. The average 36-hole position of the last 15 winners is roughly eighth place (average of 8.3).

Justin Ray is the head of content for 15th Club. He has also worked as a senior researcher at ESPN and Golf Channel.

Related posts:
Previous Post: Joe Cokanasiga on the Government's refusal to grant his father a visa
Next Post: Pittsburgh football team elects to not play in bowl game this season