The start of play in the third round of the US PGA Championship has been delayed due to dangerous weather in the area.

Play was due to get under way at 0700 local time (1300BST) but was pushed back by just over half an hour due to a thunderstorm in and around the Southern Hills area.

The tournament was entering it’s third round of play after American Will Zalatoris took a one-stroke lead heading into the weekend.

A statement from tournament organisers read: ‘Due to dangerous weather in the area, starting times for Round 3 are being adjusted.

Will Zalatoris took the lead heading into the weekend after overnight leader Rory McIlroy dropped back on day two. 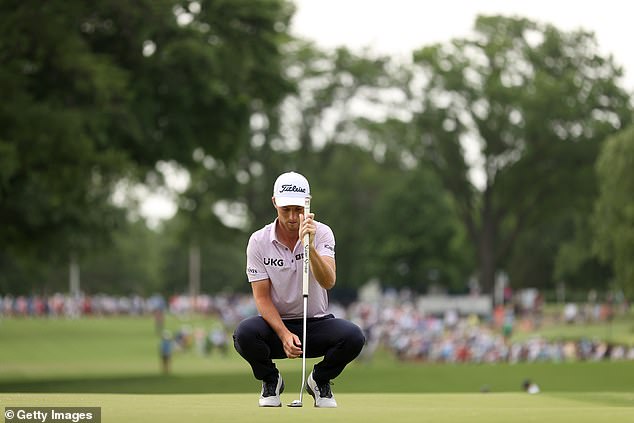 The Northern Irishman began the second round one shot clear of the field but ended it five shots behind Zalatoris who currently stands at nine under at Southern Hills.

McIlroy had shot his lowest first round at a Major since 2011 but suffered on day two as his one over par 71 represented a clear missed opportunity.

In just his second major start, little-known Chilean Mito Pereira is one shot behind after a 64 – and then comes Thomas on six under. 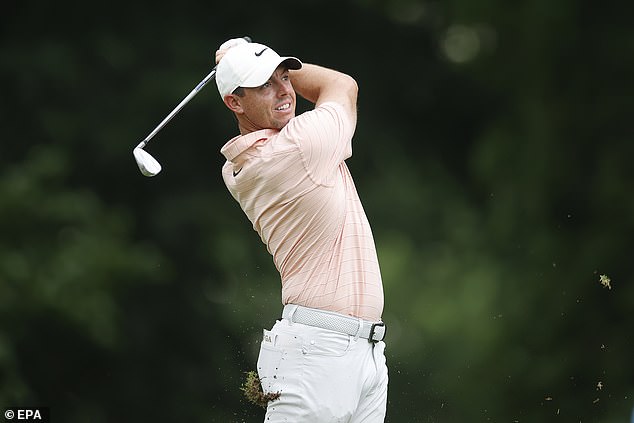