When Tyrrell Hatton angrily tossed his ball into the burn after missing a putt on the first, he seemed set to ‘get in my own way’ again.

Seventeen holes and six birdies later, the sometimes irascible Englishman had constructed a 66 and could smile at himself, as he is more prone to do off the course.

Finishing on eight under par, he is well-placed for the weekend at a place which holds few secrets from him after previous successes. Self-control will be needed if he is to replicate his two Dunhill Links titles, achieved in very different autumnal conditions.

Hatton enjoys a self-berating monologue when things fall short of perfection, although these can be beneficial if they stop at a certain point.

‘If I get too annoyed and I get in my own way then it’s a problem,’ he said. ‘But if I hit a bad shot and I let it out, then it’s not going to harm me. It would be worse for me if I try and act like everything’s fine because it’s just not my character.

‘Almost, for me, I wouldn’t even think about some of the stuff I say and it just flies out of the gate. Obviously it’s not well-liked, which is fine. But it’s just me, I’m not trying to offend anyone.’

By the time he holed a 35-footer on the 10th he was flying, but he knows his past record at the home of golf guarantees nothing. 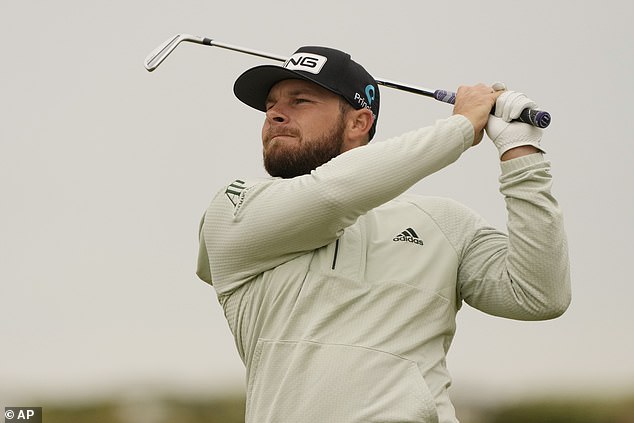 ‘The course is very different from how we play in October, also the pin positions are a lot tighter,’ he said.

The pace of play at the celebrity-specked Dunhill is notoriously slow, and experience of that will have helped.

Coming up close behind him on the leaderboard was US Open champion Matt Fitzpatrick, whose seven-birdie 66 also leaves him poised to launch a challenge from six under.

Some can get distracted playing with Tiger Woods, but the only emotion he allowed himself were the goosebumps he felt walking up the 18th in the shadow of the shrunken champion. 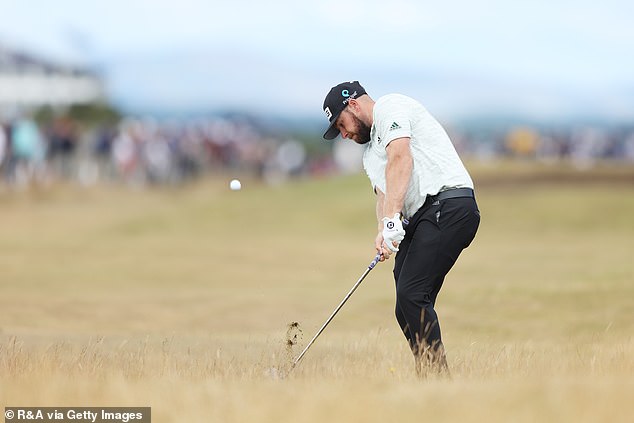 He said it was ‘not in his character to pretend everything is fine’, but was pleased that he didn’t ‘get in his own way’ on this occasion

He was more exasperated about how much time everything was taking, even on a course where the shared greens are bound to cause congestion.

‘It’s an issue that it is taking like six hours and nothing is done about it,’ said Fitzpatrick. ‘I know there isn’t anything to do about it, but I don’t know, I guess it’s just about the golf course.

‘Maybe it needs tweaks, I don’t know what the answer is. But it just shouldn’t take six hours and nine minutes to get round. Like I don’t care where you play, I just think that’s stupid.’

Everything Sheffield touches in golf right now turns to at least silver, if not gold, and his fellow Hallamshire club member Barclay Brown showed that his first-day surge was not a one-off. 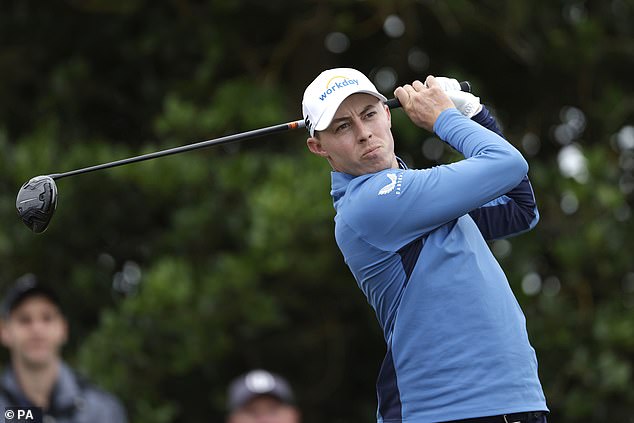 The 21-year-old amateur snaffled three birdies on the last four holes to also finish on six-under with an impressive 70, putting him in pole position to take the Silver Medal.

Sweating it out on the cut line last night was Wandsworth-based world No 1,779 Robert Dinwiddie. The bottlenecks meant he finished the first day at 10.10pm, but in joint third place. He slipped back to evens with a five-over 77.

During lockdown, Dinwiddie —who has come all the way through the pre-qualifying event — made ends meet by working as a labourer for a friend’s building company, fitting out houses in the posher parts of Surrey.

Bogeying three out of five holes after the turn, the 39-year-old clung on to get his par on the last four to give himself a chance of making the weekend.