Jordan Spieth felt a slow start had cost him any chance of victory in the final round of The Masters, although he was content with his week’s work at Augusta National.

The 27-year-old American started the day six behind Hideki Matsuyama but dropped shots at the first, fifth and sixth – either side of a birdie at the second – to leave himself with too much ground to make up despite playing the back nine in three-under 33.

He eventually finished joint-third with Xander Schauffele on seven under after a two-under 70, three behind Matsuyama.

Spieth said: “I just needed a really good start to have a chance today. I just didn’t have a great start. Then it was just kind of the story of the week.

“I hit some good putts, burned a lot of lips, certainly struck the ball well enough to win the golf tournament, and they just didn’t go in.

“I’m tired. I felt some mental fatigue for sure and made a couple of bonehead mistakes over the weekend, just from, I think, maybe the long stretch. But all in all, certainly another good finish here.” 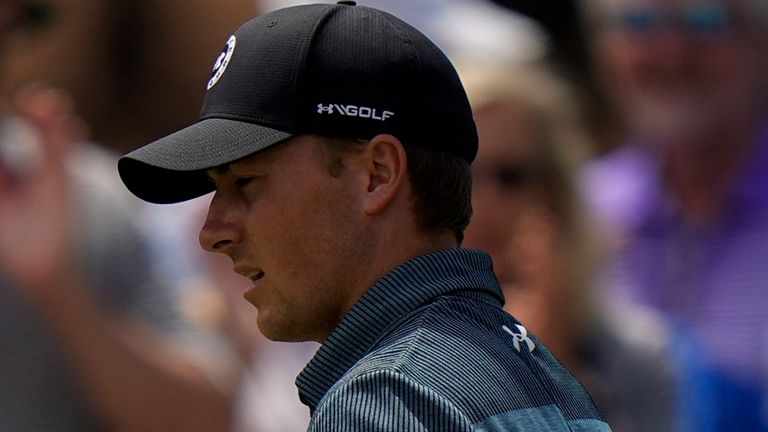 Spieth has returned to form in recent months, culminating in last week’s Texas Open win – his first since The Open in 2017 – but insists there is still plenty of room for further improvement.

He added: “I wish that I had the control of my swing that I hope is coming or I think is coming soon because it would have made things a little easier this week, and I did strike the ball really well.

“I hit a lot of fairways. I put myself in position to hit a lot of greens, and distance control is a strength of mine with iron play, and I did a good job of that.

Jordan Spieth (T3) finishes inside the top five at @TheMasters for the fifth time in eight appearances.

“So all in all, I’ve made a lot of good progress, but I feel like that road ahead is still significant for me. So I’ve got at least a couple weeks off right now where I’ll rest for a while and then regroup – off weeks are where you can make maybe five per cent differences. Tournament to tournament, it’s hard to go more than a couple per cent and trust what you’re doing.

“I’ll have a good stretch coming up here in May and June, and I’m excited for what’s to come.”

World No 2 Justin Thomas had hoped to shoot a 61 or 62 in the final round to launch a late charge from one under, but he never really got going with a round of 73 leaving him tied for 21st on level par.

Thomas, who mixed five birdies with six bogeys on Sunday, blamed Saturday’s rain delay for upsetting his rhythm with a triple-bogey eight at the 13th after the restart derailing his challenge, although he believes he is fully capable of winning a Green Jacket one day. 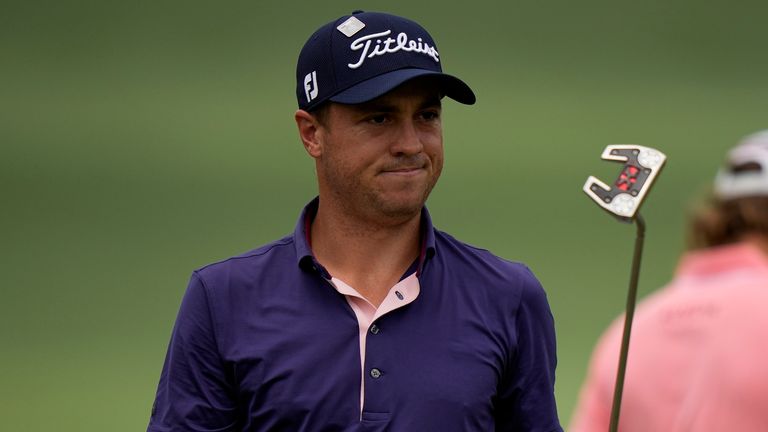 “I didn’t putt well the last two days. I really didn’t play very well through the four days,” he said after completing his final round.

“That delay yesterday really got me. It just completely ruined my whole momentum. I was in a great place and really just played some bad golf from there on in.

“No, just played poorly. It sucks because this place is really good for me. I feel like if I play this place well, like really well like I have in some other tournaments in the past, I can really do something fun and historic here, but I have yet to do it, so clearly I have to figure something out.”