‘Don’t cross the line!’: Steve Stricker pleads with US crowd not to abuse Europe’s players at the Ryder Cup like they did at Hazeltine in 2016 – but he warns Rory McIlroy and Co ‘it’s going to be rowdy, it’s going to be loud’

Captain Steve Stricker has called for his side’s fans not to ‘cross the line’ as the United States bid to regain the Ryder Cup.

Stricker expects a ‘rowdy’ atmosphere when play gets under way at Whistling Straits on Friday in his home state of Wisconsin, but the 54-year-old hopes there will be no repeat of the scenes which marred the last contest on US soil.

Europe’s Rory McIlroy bore the brunt of the heckling over the first two days at Hazeltine in 2016, ultimately having to ask for one man to be removed for being abusive during Saturday’s afternoon fourballs. 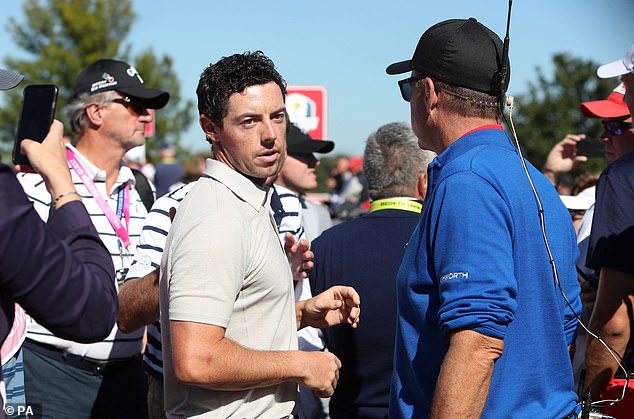 ‘We can go on past history with the PGA Championships here, the US Open at Erin Hills down the road, the sports fans of Wisconsin turn out in droves,’ Stricker said.

‘They’ll be loud. They’ll be pro-US, which we’re hoping for. But we’re also hoping they don’t cross the line, which we’ve seen at some other Ryder Cups throughout the years.

‘We were up in Hazeltine not too long ago and that got loud and somewhat crossed the line at times, which we don’t want to see.

‘It’s a Ryder Cup. These fans have been pent up for a long time and they’re going to come out and get behind their team. It’s going to be loud, and we expect it to be loud, but again, we ask for people not to cross that line and be respectful of both sides.’ 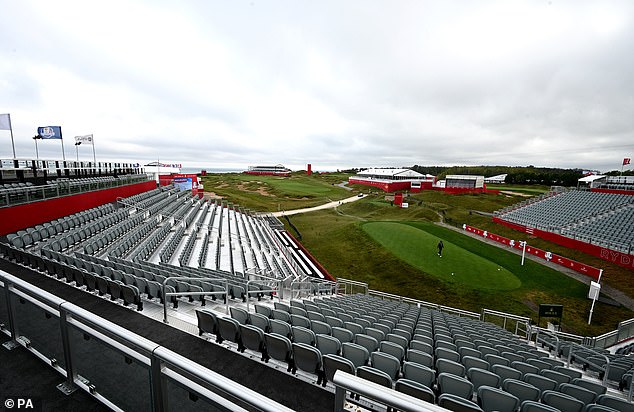 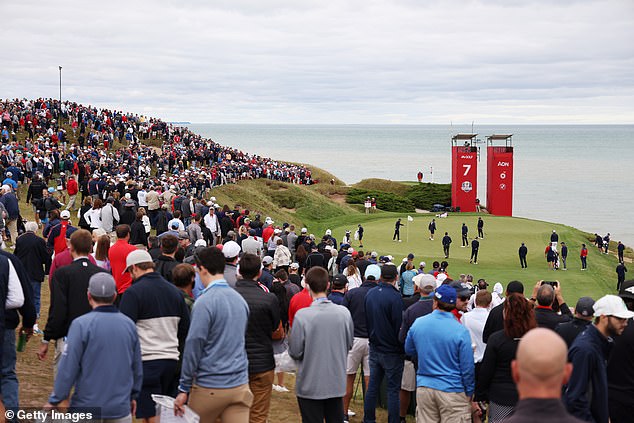 Six of the last seven Ryder Cups have been won by the home side, with Europe’s ‘Miracle at Medinah’ in 2012 the sole exception.

And European captain Padraig Harrington believes that is down to a combination of fan support and the ability of the home captain to set up the course to suit their side.

‘Clearly the home captain gets a choice in how the golf course is set up, and he’s going to do everything he can in that set-up to get it to favour his players,’ Harrington said. ‘I think it has a big influence.

‘Traditionally certainly it would be tough to beat the US on their home style of golf course, and we’ve shown it’s pretty darned hard to beat us in Europe if we’re picking one of our courses that’s naturally suited to our games.

‘It really is about picking the right venue and also then styling that golf course to suit your players.’