Rory McIlroy admitted two “loose shots” had cost him as he could only finish in a tie for fifth at the Arnold Palmer Invitational.

The world No 1 carded a four-over 76 in the final round on the testing Bay Hill layout which left him four behind the winner Tyrrell Hatton.

McIlroy was tied for the lead with Hatton on five under when he birdied the fourth, but a double-bogey seven at the sixth, where he hit his third shot through the green and into the rocks, and a double-bogey six at the ninth, where he drove out of bounds down the left, destroyed his victory chances.

“[It was a] tough weekend,” he said. “I guess for me today two bad, two loose shots sort of cost me.

“The third shot on six and then the tee shot on nine. I made two doubles there. Obviously, played the rest of the holes in even par and if I hadn’t have done that I would have had a good chance. “But, yeah, it was tough. Look, I stood up here yesterday saying that the key tomorrow was to keep the big numbers off your card and I made two of those today and that’s what cost me.”

The Northern Irishman has now posted five consecutive top-five finishes without winning, but he believes another victory is just around the corner as he heads to The Players Championship to defend his title.

“There’s a lot of similarities between the start of this year and the start of last year,” he added. “A lot of chances not converting, but knowing that the game’s pretty much there. 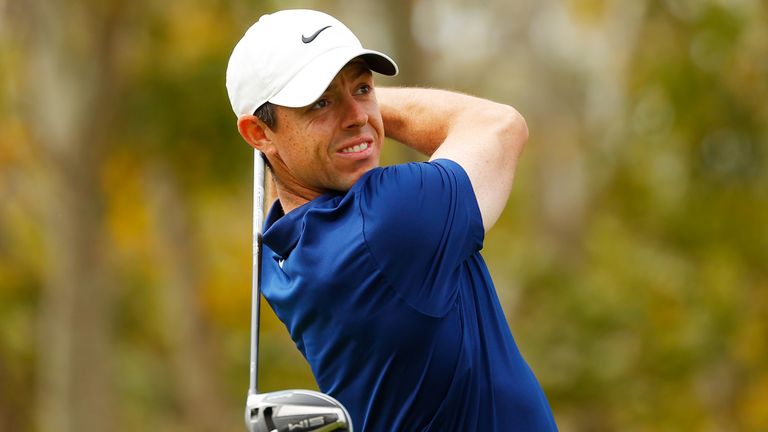 “So just keep knocking on the door and go up to Ponte Vedra tomorrow and work on a few things and get back at it again.

“I’m doing what I expect myself to do every week, which is giving myself a chance. I give myself a chance most weeks and the more weeks than not it’s not going to happen. That’s just the way golf is.