Jon Rahm realises the American Dream as he overcomes the language barrier, Covid-19 and his temper to win his first major in memorable fashion at Torrey Pines… and is finally reunited with his emotional parents

Less than a decade after landing in America for the first time speaking no English, Jon Rahm was holding aloft the US Open trophy on Sunday.

The first words he’d learned had been courtesy of rap songs. Now he was blowing everyone away with his moving eloquence at the closing ceremony, as he paid tribute to a 58-year-old journalist who died suddenly of Covid in February, and who had held him to a higher standard. ‘I can’t tell you how much he’d have loved this moment,’ Rahm said.

This was the personification of the American Dream. 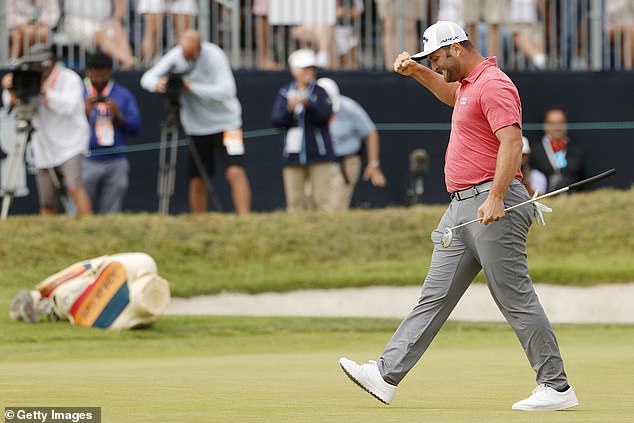 On the golf course neighbouring the breathtaking State Park where he had proposed to his wife Kelley, the 26-year-old Basque bellowed his delight after holing mighty putts on the final two greens to reel in Louis Oosthuizen.

Rahm raw at 17 had become Rahm roar. He held his infant son, Kepa, and whispered to him: ‘This means nothing to you at the moment but it will one day soon.’

He then shared the story of how he had finally learned to overcome something far harder than fluency in English: Rahm Rage.

A month earlier, he had left us all in despair as he flung his arms around after a poor day at the US PGA, screaming at a journalist: ‘Why on earth do you want to talk to me?’

What was excusable at 21 had long become tiresome.

Alongside the Masters champion Hideki Matsuyama, this was the rare top golfer who had stayed for four years at university and earned a first-class degree. What happened to the maturation process into the bargain?

Why was he still so angry, still chucking clubs? This was a man so whip-smart that, when Kelley told him at university she was on the college javelin team, he replied instantly: ‘I’ve been known to throw a few things as well.’

There was no self-deprecation when Rahm left Kiawah last month. More like self-loathing.

He held Kepa and made a silent vow that he would become a role model, and stop kidding himself that he was a better golfer for the fire within.

Two weeks later, Rahm was leading the Memorial Tournament, hosted by Jack Nicklaus, by six shots with a round to play. 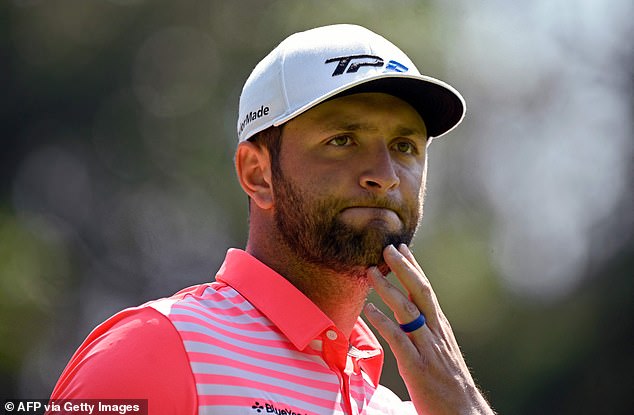 After a memorable Saturday featuring a hole-in-one to close his second round, and then a brilliant 64 after lunch, he was told, as he came off the 18th green, that he had tested positive for Covid-19 and would not be able to play the final round.

It was an appalling way to tell someone such news, in front of thousands of fans and millions watching on television. Rahm dropped to his haunches and held his head in his hands.

Sir Nick Faldo led the criticism on American TV. ‘Couldn’t they have waited for a more private moment to tell him?’ he said.

The world No 3 then did something very un-Rahm like. He thanked everyone for a great tournament and assured officials they had acted appropriately.

‘There’s only one thing to blame, this wretched pandemic, and there’s a lot of people suffering far more than I am,’ he said.

Rahm the statesman. Who saw this coming? Nicklaus was so impressed that he went out of his way to offer his praise. Rahm had finally learned to grow up. 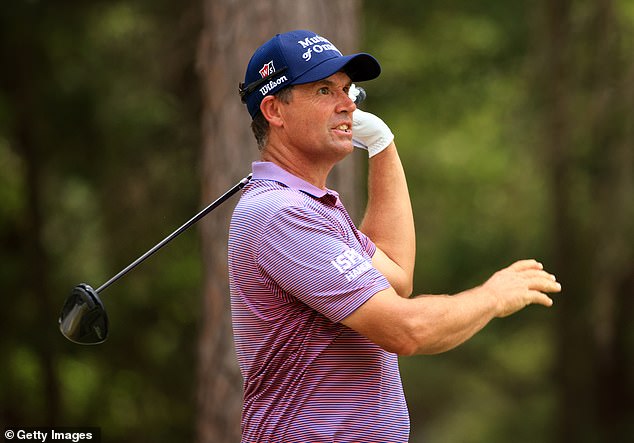 He was still in the scorer’s area when he took a call from Padraig Harrington.

Europe’s Ryder Cup captain recalled the day at the Benson and Hedges International at the Belfry early in his career when he was disqualified for an incorrect scorecard, while leading by five shots with 18 holes to play.

‘Adversity really does make you stronger,’ the Irishman told him. The following day Faldo texted, recalling something similar happening to him. ‘They really helped,’ said Rahm.

During Sunday’s memorable final round at Torrey Pines, the leaderboard became a gathering of the world’s top 10 heading into the treacherous back nine.

The only one who did not have a bogey from there to the clubhouse? The only man who didn’t lose his head?

It was hard not to think of Seve Ballesteros and Jose Maria Olazabal as Rahm holed his two 20ft putts at the 17th and 18th to claim the biggest title in the game that neither managed to win. 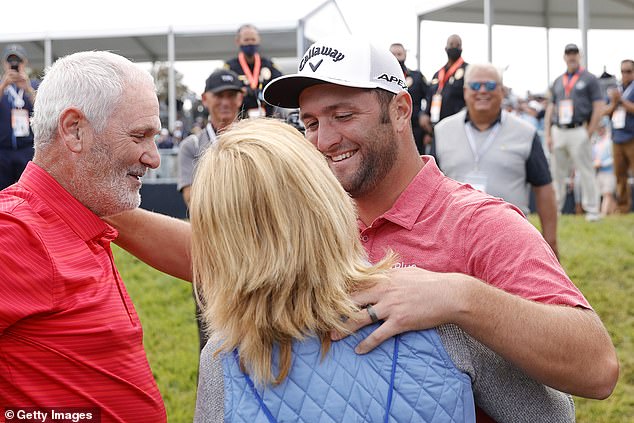 Phil Mickelson drove back from his home to make sure he was there at the finish. It was Mickelson’s bother Tim, now Phil’s caddie, who was the golf coach at Arizona State and the man who offered Rahm a golf scholarship, sight unseen.

‘I didn’t think he’d come, to be honest,’ said Tim. ‘It was a lot to ask of someone so young, and particularly of a boy who didn’t speak English, but his dad wanted him to broaden his mind.

‘Jon not only stayed for four years, he was such a good golfer he reminded me of Phil by the time he graduated.’

On the eve of the US Open, as Rahm completed self-isolation, Kelley drove to San Diego airport to pick up his parents, who Rahm hadn’t seen in more than a year owing to the pandemic.

Dad Edorta was by the 18th green on Sunday as Rahm let out his triumphant roar. ‘It’s Father’s Day and I’ve got my dad here and my new-born son,’ said Rahm. ‘Doesn’t get better than that.’ This was the American Dream, all right. This was Rahm rewired. Rahm reborn.