The PGA Tour is set to lose two more stars to the Saudi-backed rebel golf league after it was announced Carlos Ortiz and Matthew Wolff had signed up with LIV Golf. Mexican player Ortiz, 31, and American Wolff, 23, will take their place in the 48-man field for LIV’s second event, at Pumpkin Ridge Golf Club in Portland on June 30.

Ortiz played his debut season on the PGA Tour in 2019, and has a career high of 44th in the world rankings. However, he has been underwhelming in the last two seasons, and is yet to record a top-50 finish in a major – and he missed the cut at last week’s Travelers Championship.

But whilst his defection won’t be considered seismic by PGA Tour chiefs, the loss of Wolff represents another hammer blow. It has been reported by the golf channel that the youngster has agreed terms with Norman and co, breaking the mould of players to have signed up with their best golf years seemingly behind them.

Upon turning professional in 2019, Wolff won in his third Tour start at the 3M Open, where he held off Collin Morikawa in a playoff. A year later, he also led after three rounds of the US Open, before losing out to eventual winner Bryson DeChambeau.

JUST IN: Tiger Woods shows desperation to be ready for Open by practicing swing at football match

Later that year, he reached No 12 in the world, but a drop in form has since seen him fall out of the world’s top 100. Him and Ortiz will join DeChambeau, Brooks Koepka and Abe Ancer in making their LIV debuts following the inaugural event at The Centurion Club this month.

All players who took part have since been suspended by the PGA Tour, whilst the DP European Tour have also barred rebels from competing in the Scottish Open. However, despite seemingly also relinquishing a chance to play in the 2023 Ryder Cup, they are still permitted to play in major championships. 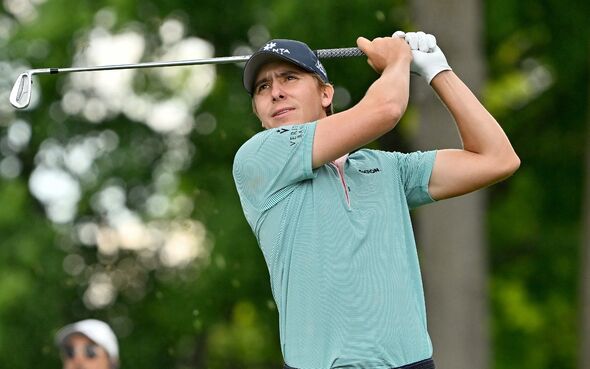 Despite the sanctions, Norman’s project is seemingly gathering pace. There will be an overall purse of £20.3 million available to players at Portland, with the tournament also being run over 54-holes with shotgun starts and no cut.

The explosive saga has divided golf, with Rory McIlroy accusing those who have jumped ship of being ‘duplicitous’ for initially pledging loyalty to the PGA. US Open champion Matt Fitzpatrick has also revealed he dissuaded his own brother from joining.