The final round meltdown as a Green Jacket slips through the fingers is the dark side of Augusta once experienced, never forgotten. For Danny Willett, the fate which befell Jordan Spieth four years ago around Amen Corner changed his life. There Willett was walking off the 15th green with his caddie Jonathan Smart, a new dad floating around Augusta without a care in the world, when suddenly he found himself leading the Masters.

“I’d just tapped in for par on 15 and as I gave Smarty the putter there was a big gasp. There’s a big board at 15. They had just popped Jordan’s score up from the 12th. Me and Smarty looked at it then had a cheeky double take,” he recalled.

“Jordan had been playing brilliantly and put some daylight between himself and the rest but all of a sudden I was one in front.

“I went for a pee at the back of 16 and told myself: ‘this is what I practice for.’ You’re up at 7am practising and out til dark so hopefully when you get into position in a golf tournament all that work you put in helps you do something special. That was my time to prove to myself that I could do it.

“It was unreal how calm I was. I was like that all week really. Something significant had just happened in my life and golf didn’t seem the be-all and end-all.” 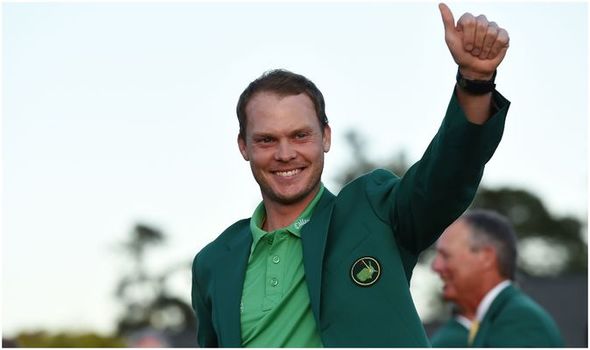 Had Zachariah Willett arrived on time, he would not have been there at all to tee it up but his birth 11 days ahead of schedule and the blessing of his wife Nicole had meant a late dash to Augusta.

Locked down in Florida with Zachariah, now four, and his two-year-old brother Noah, this has been a week to reminisce.

“Nic woke up the other morning and said to me: ‘Happy Masters week.’ It’s a special week for us obviously,” said Willett.

“The birth had gone great, we had loads of friends and family nearby helping out and Nic said: ‘go play. It’s the Masters. I’m fine at home.’

“I was always planning on taking four weeks off afterwards so I gave Nic a kiss on the Monday and said goodbye to embark on a week that I don’t think anyone saw coming.

“I signed in as No 89 – last man, played 18 holes on Tuesday afternoon and the Par 3 course on Wednesday and used my yardage book from 2015.

“It was tricky conditions but I kept the ball in play nicely and never really put it into reverse. I never had any stupid numbers – I don’t think I three-putted that week – so that when I did eventually have my run on Sunday it was a run that propelled me into contention rather than into a nice finish.

“I still had to wait after I was done but when Jordan was messing up on 17, I was thinking: ‘f*** me this is going to happen here.’”

Somehow it did and half an hour later the Yorkshireman in only his second Masters was being dressed in a Green Jacket by a glazed Spieth.

The party in Augusta, with Sir Alex Ferguson amongst the revellers, went on long and late before Willett retired for the night in the house he was renting by Rae’s Creek, a stone’s throw from the course.

When he awoke, he performed another double take.

“I opened my eyes and the jacket was there in my bedroom. It was bonkers.”