They were banned from competing on the PGA and have been ostracised by sections of the golfing world. For example, LIV founder Greg Norman was banned from attending The Open’s 150th anniversary tournament and Mickelson was warned off attending the R&A’s champions dinner on Tuesday night.

When The Open’s press conference schedule was released, not a single player affiliated with LIV was on it and Ian Poulter received boos from the crowd when he began his campaign yesterday. Fellow players have criticised the event and ahead of this year’s Open, Woods, who turned down over £100million to sign for LIV, compared the 54-hole format to the Seniors Tour earlier this week at The Open.

“I just don’t understand it,” said Woods. “What is the incentive to go out there and earn it in the dirt?” After Woods essentially compared LIV to an exhibition event, perhaps because it offers $25m prize money for each event to the 48-man field with no cut, Westwood, 49, now the world No.94, hit back.

“I don’t pay too much attention to people’s opinions. Tiger is entitled to his opinion. I respect Tiger as a golfer. One of the two best golfers that has ever played the game.”

The 2010 Open runner-up enjoyed a fine start to this year’s event and he is currently tied for sixth place at four under par, four shots off the leader Cameron Young. Westwood is delighted to be back at St Andrews and hailed the prestigious event as the pinnacle of golf. 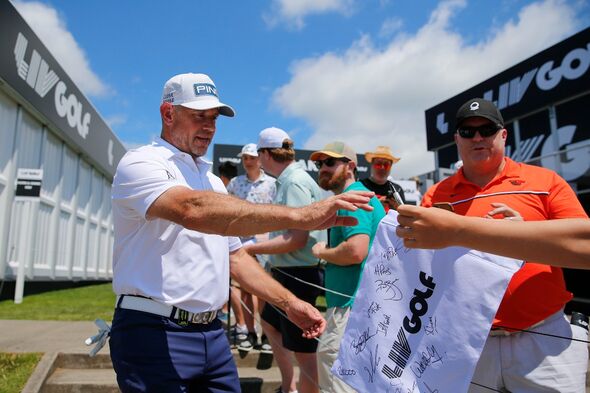 “I always get a fantastic reaction from the galleries at the Open Championship,” he added.

“As a British player it is the best tournament of the year. The atmosphere is incredible.

“I think the general public just want to go out there and see good golf, no matter where it is being played or who is playing it.”