After golfing authorities in the UK ordered the closure of all courses, Ewen Murray gives his verdict on a difficult decision in difficult times …

Last weekend, I was walking my dog, Islay, along the public footpath which meanders its way through a corner of The West Sussex golf course. The course was understandably quiet given the world we are currently living in, yet there were some golfers playing.

One elderly couple, who I found out had been members for many years, were two of these golfers. I smiled to myself thinking they made a lovely picture walking up the fairway. These diﬃcult times, two seniors enjoying the fresh air and exercise which can only be good for physical and mental health.

Following on from the Prime Minister’s statement tonight (23 March), golf clubs, courses and facilities in England must now close.

At that time, golf was pretty much as we knew it. Play, yes, but stay true to the recommendations laid down by the government. This couple did that.

One trolley was left on the left side of the tee, the other on the right. As they walked the fairways, they remained ﬁve yards apart, yet they would be going home in the same car to their house. In short, they were doing as they have been told.

The day after came the news that no golf would be allowed across the country due to the coronavirus outbreak. I thought of that couple along with the other golfers in the British Isles. Was it the correct call to halt this hobby and pastime? 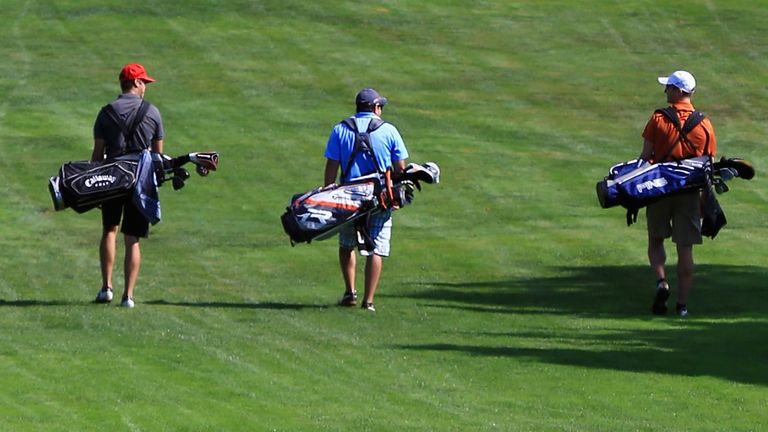 In three words, you have the answer. Broadcasted to the nation by our Prime Minister, the message was short and simple: “Stay at Home”. To go on playing after that speech would be wrong, yet I couldn’t help thinking, the elderly, those at most risk, would surely beneﬁt from a few holes now and again in the fresh spring air the country has enjoyed recently.

Then I thought of the brilliant NHS staﬀ and their dedication to their profession, their unswerving will to help everyone they come in contact with, without any thought or regard for their own safety or well-being. The hours they have put in, not just in recent times and the hours they will work in the weeks/months ahead.

During the next two weeks, we would normally have been wishing the hours away so we could watch the annual spectacle from Augusta National, the tournament that heralds the start of the season for many golfers. 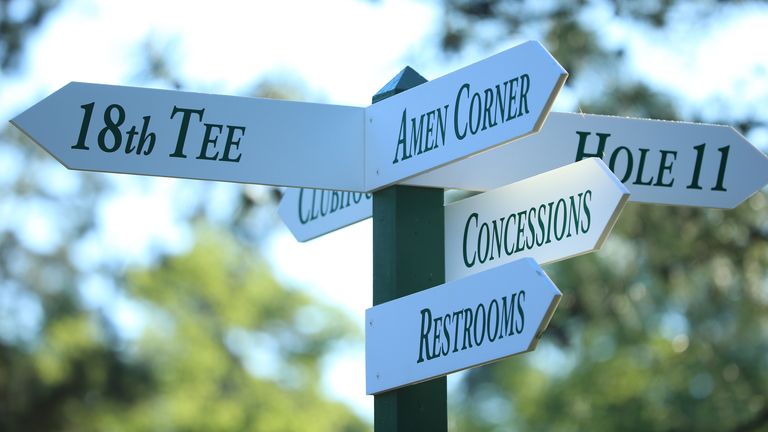 There will be no azaleas this spring, no PGA Championship, and the US Open and the 149th Open Championship are looking more like hope rather than reality. This is, understandably, somewhat depressing for golf fans all over the world.

But out of every dark tunnel comes light, so let’s ignore the golﬁng negatives of the present, focus on the positive, get through this and look to the future. When the world is healthy again, we have much to look forward to.

The golf courses across the world are getting a rest, something they haven’t had in a long while. Maintenance can be carried out by the green staﬀ uninterrupted by golfers. With the advances in agronomy along with the talent of highly skilled green-keepers we are fortunate to have, when we do return to the fairways, your course will be a pretty picture. Augusta like.

This morning I talked to Kerr Rowan, the head green-keeper at West Sussex. Despite the closure of courses, the green staﬀ can carry out essential maintenance. This includes green cutting twice a week, fairways and aprons once and rough once a fortnight. With no traﬃc, paths and walkways get a rest and time to recover, much-used areas around the tees and greens the same.

I know it’s frustrating for golf to be redundant, but this is something we haven’t endured in years gone by and we hope we never see the likes of it again. But do dream of the time when the light goes from red to green with the majors back, along with all of the other tournaments and championships you look forward to.